Thanks to the success of Netflix series The Queen’s Gambit, star Anya Taylor-Joy is more popular than ever. The actor plays a chess prodigy struggling with drug and alcohol dependency. And while she won a Golden Globe for the role, Taylor-Joy has historically been much more of a movie star. Here are some of the biggest and most popular movies she’s made in her career. 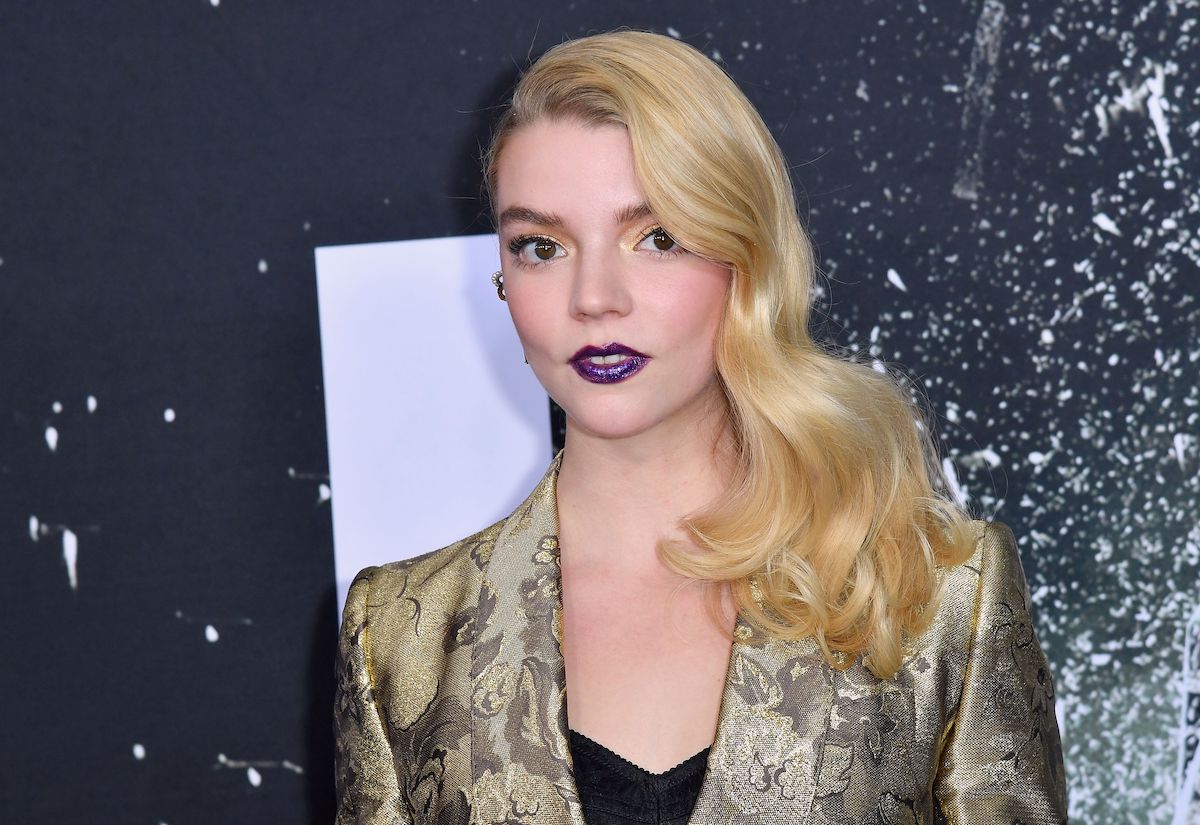 Taylor-Joy made her film debut in 2015’s period horror film The Witch. Set in the 16000s and described as “A New England Folktale,” the movie follows an exiled Puritan family who encounter supernatural forces. Taylor-Joy plays the eldest daughter, who becomes accused of witchcraft. And the film chronicles the dark series of events that gradually tear the family apart.

Among horror fans, The Witch has been somewhat divisive. To be sure, it presents an unorthodox take on horror. The film is more an exercise in dread and foreboding than jump scares. And Taylor-Joy absolutely anchors the entire production. The Witch remains the most critically acclaimed movie she’s made so far and kicked off an ongoing run of horror films.

The actor’s biggest hit is a surprising superhero movie

The next major highlight in Taylor-Joy’s movie career came just two years later. In 2017’s Split, she plays Casey Cooke, a teenage girl who is abducted by a man with 24 different personalities (James McAvoy). Although McAvoy’s performance received much of the film’s praise, Taylor-Joy is the emotional anchor as the audience surrogate who needs to find a way to escape.

Split also brought writer-director M. Night Shyamalan back to the mainstream. The film — which was a secret sequel to 2000’s Unbreakable — earned $278 million worldwide against a $9 million budget, according to Box Office Mojo. It’s Taylor-Joy’s biggest hit so far. She later reprised her role in Shyamalan’s 2019 sequel, Glass, another hit which ended the trilogy.

In 2020, Taylor-Joy starred in The Queen’s Gambit, of course. But she also popped up in another couple of films. The actor appears in the long-delayed X-Men movie The New Mutants. But that movie severely underperformed and earned poor reviews. Thankfully, Taylor-Joy also headlined Emma, delivering a standout performance in the Jane Austen adaptation.

Anya Taylor-Joy has several upcoming movies on the way

The Queen’s Gambit fans eager to see more of Taylor-Joy don’t have long to wait. The actor has a pair of highly anticipated new releases on the way. In October 2021, she’ll star alongside Thomasin McKenzie in Last Night in Soho. The movie is a psychological horror film from Edgar Wright, the director of Baby Driver and Scott Pilgrim vs. the World.

Then in April 2022, Taylor-Joy reunites with The Witch director Robert Eggers for The Northman. In keeping with Eggers’ previous movies — including The Lighthouse — the movie is a historical thriller. In addition to Taylor-Joy, the movie features an ensemble cast that includes Alexander Skarsgård, Nicole Kidman, Björk, Ethan Hawke, and Willem Dafoe.