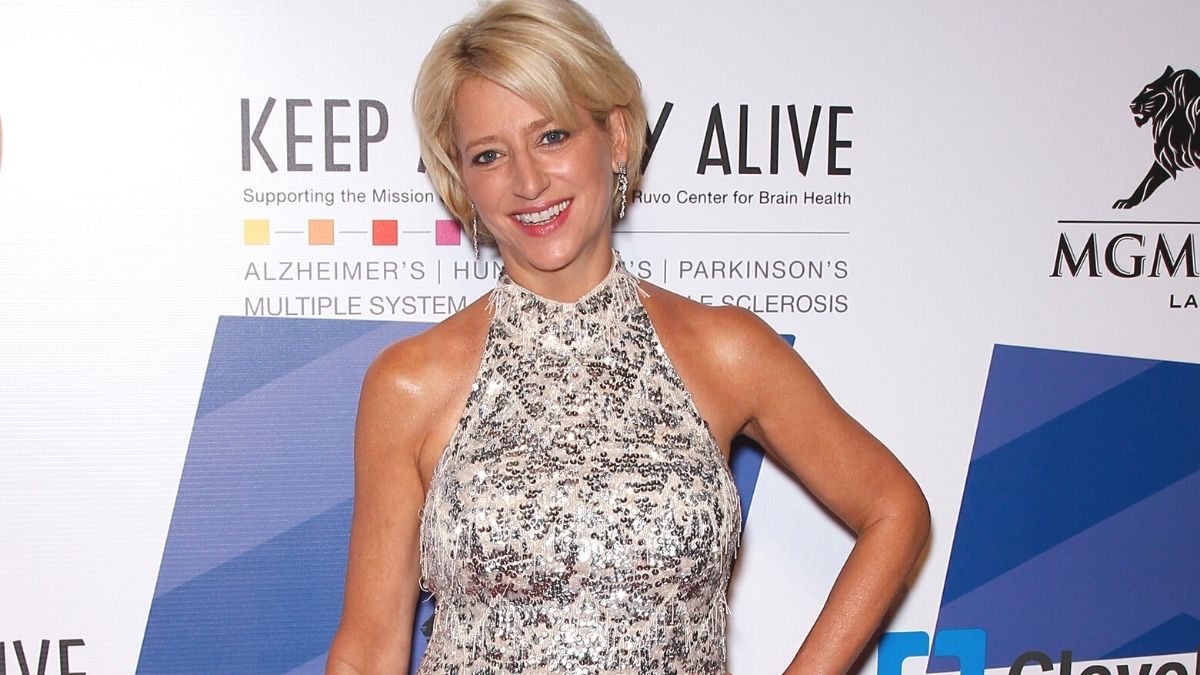 Monsters and Critics recently reported that long time cast member Dorinda Medley will not return to The Real Housewives of New York City for Season 13.

The 55-year-old was introduced to us in Season 7 and has since been a staple for the franchise, garnering a slew of fans. Unfortunately, her likability started to wane as fans shared their outrage at her treatment of Season 9 cast member Tinsely Mortimer. By Season 12, viewers had labeled Dorinda a bully and called for Bravo to fire the RHONY housewife.

And now, it seems that’s exactly what happened!

Just yesterday, Dorinda shocked everyone with her Instagram post bidding goodbye to her castmates as she announced her exit from the show after 6 seasons.

However, sources are now reporting that the long time housewife didn’t leave of her own accord, but was actually fired from the show.

Was Dorinda Fired from RHONY?

Page Six is reporting that Dorinda did not make the decision to leave the popular Bravo show, but was actually let go by the network.

According to their source, she was fired because she had become a “Mean drunk” –something she’s been accused of by many of her castmates this season- and because “That’s just not where [producers] want the show to go.”

The source also claimed that Dorinda was surprised by the news, but that the show’s execs didn’t want another season of her behavior.

One insider reportedly said, “In this climate of social justice and cancel culture, she was not a good representative of the show or the network.”

It seems Bravo isn’t wasting any time in replacing the RHONY alum.

The media outlet revealed that casting for a new housewife is already underway.

After announcing the news, many Bravo alums showed their support with lots of comments in response to Dorinda’s post.

“I’ve had some wild times with her…we have had our ups and downs …Dorinda will always have a special place in my ❤️. You will be missed,” wrote Ramona Singer.

The former countess also shared a sweet tribute, saying, “Love you @DorindaMedley💕 So many great memories. We will miss you tremendously and support you in your decision.”

Season 12 newbie Leah McSweeney also had words for her castmate.

“Thank you @dorindamedley for always having my back and supporting and lifting me up,” she says. “Lending me your YSL caftan, helping us unclog Ramona’s toilet, comforting me after the Newport debacle, and many other moments I will never forget 💗”

RHONY alum Bethenny Frankel shared a tribute to Dorinda along with a photo of herself and the newly fired housewife.

“Every woman in this world wears a little sparkle, some in their dress, and some in their eyes. Use each moment to make another’s eyes sparkle and to warm a heart,” Bethenny wrote. 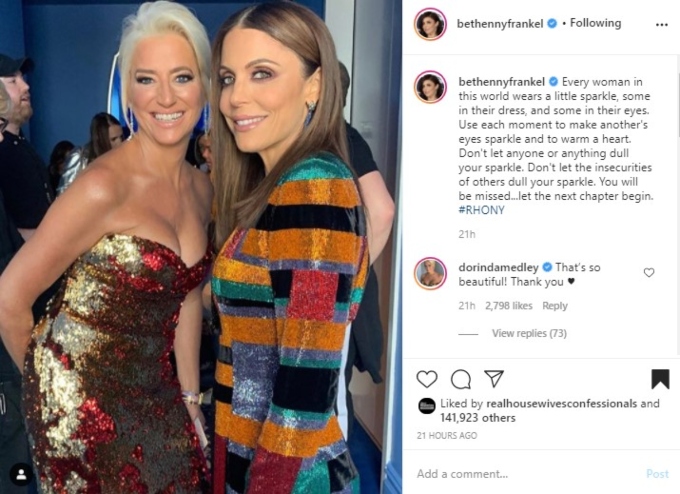 The Real Housewives of New York City airs Thursdays at 9/8c on Bravo.