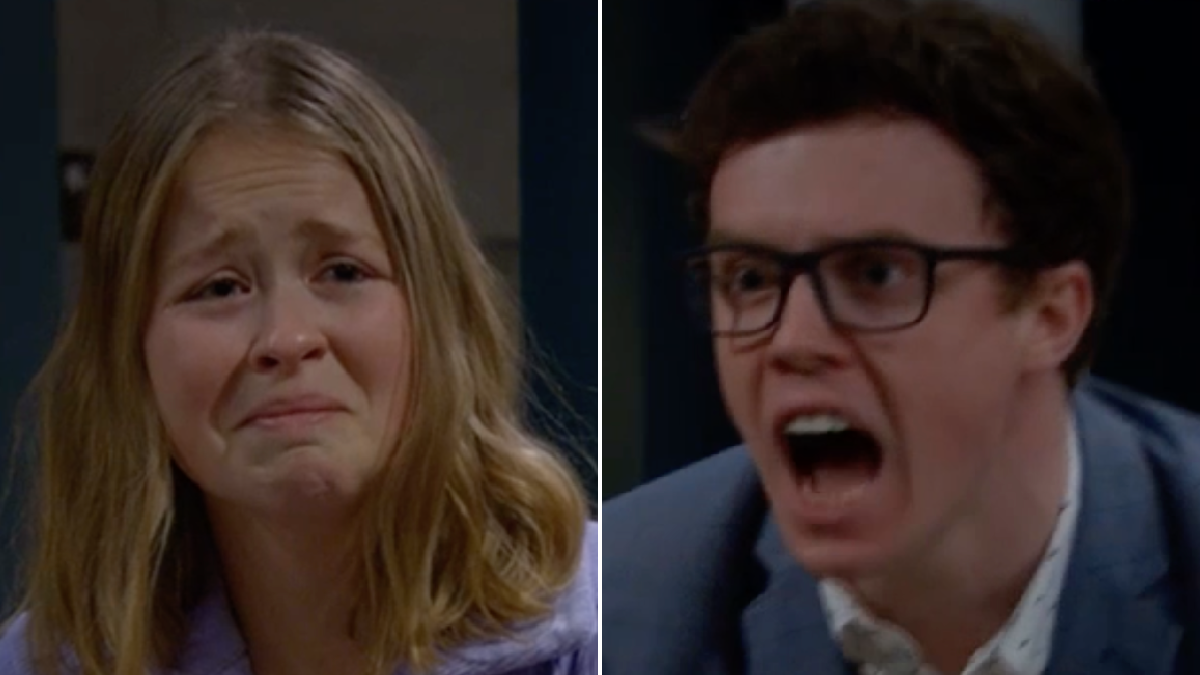 Paul met his demise in memorable scenes last month, when he found himself trapped under the rubble at the wedding barn, following Jimmy King’s (Nick Miles) accident.

Liv, in spite of Paul’s assault moments earlier, attempted to rescue him from the wreckage, but the abuser branded her a ‘freak’, and berated her for allegedly not putting her all into her efforts to save him.

As the barn caught fire, Liv left him to die, and moments later, it erupted into flames.

The young woman has been wrestling with the guilt of her actions for weeks, and as a result, she’s hit the booze.

In tonight’s double-bill of the ITV soap, Vinny discovered Liv had relapsed, and in spite of her efforts to explain away her drinking, he wanted to know what it was that made her reach for the bottle.

Liv attempted to explain that she feels guilty for Paul’s death, but Vinny offered her support, and reassured her it wasn’t her fault.

That is, until she claimed that she’d ‘killed’ Paul!

Vinny’s demeanour changed in an instant, and he demanded to know what she meant by such a thing – forcing her to spill the beans about what really happened in the moments leading up to his dad’s demise.

Heartbroken, the young man berated Liv, and – in spite of her having asked him for help – he left her to her own devices.

Emmerdale continues Friday May 14 at 7pm on ITV.