Floki (played by Gustaf Skarsgård) hasn’t been seen in the world of Vikings ever since the latter half of season five when the Icelandic warrior found himself trapped in an avalanche. Despite the rather brutal fate for Floki, some History and Amazon Prime viewers are adamant the fan-favourite could still make a shock return to screens when the sixth and final series resumes later this year. In the meantime, fans are able to see Skarsgård take on an all-new role in new Netflix Original series, Cursed, in which he plays the magic Merlin.

WARNING: This article contains spoilers from Cursed and Vikings.

Merlin becomes a pivotal figure in Cursed from the off, a lonely, drunken yet powerful figure who piques the attention of King Uther (Sebastian Armesto).

And as the fantasy drama rolls on, his mysterious and magical connection to the powerful Nimue (Katherine Langford) comes to light.

The part seems worlds away from Floki who Vikings fans had become accustomed to seeing as the tricky, trustworthy and quick-witted ally of Ragnar Lothbrok (Travis Fimmel).

Nevertheless, social media was inundated with messages of excitement to see the 39-year-old make his highly-anticipated return to screen, even if it wasn’t as Floki. 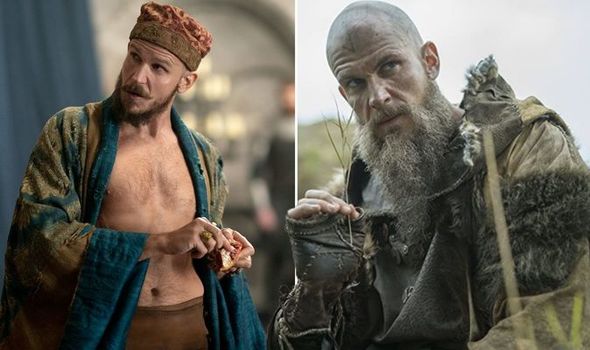 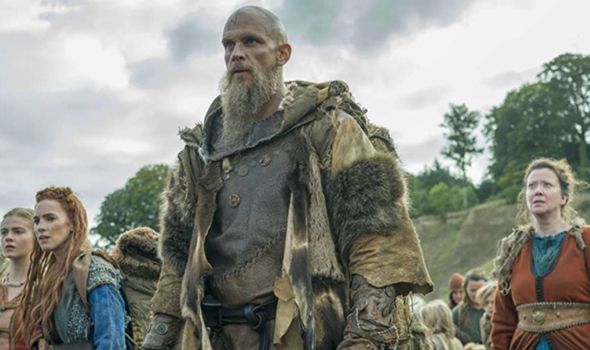 Ahead of the series drop on July 17, one fan said on Twitter: “MY GOD THE CURSED HAS FLOKI.”

A second added to the hype: “I will watch Cursed just because Gustaf Skarsgård appears, because I miss seeing my cute crazy Floki.”

While a third weighed in: “Floki as Merlin in cursed. Love to see it.” 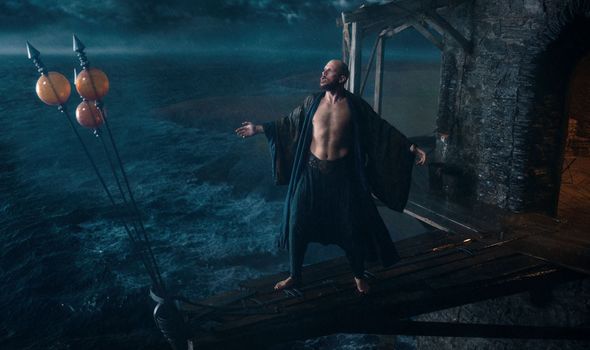 However, despite the Vikings star’s inclusion in the fantasy drama, it appears the series has been met with a rather mixed reception.

The mixed reviews translated over to IMDb too, with the series receiving a rating of 5.2 out of 10 one day after its premiere.

And fans of Skarsgård have made no secret of their disappointment after seeing one of their favourite actors in the new role.

“The cursed pilot is HORRENDOUS, I’ve been waiting for this series for months and Netflix puts it on me, I really hope it gets better in the next eps,” said one fan.

They added: “I do not believe that Gustaf with his acclaimed role of Vikings (Floki) came into this.”

A second agreed: “I’m sorry, but ‘cursed’ on netflix is god awful. Can’t make it to episode 2.”

While a third weighed in: “I’ve been watching this show on Netflix called Cursed all day. It’s such a TERRIBLE show but I keep watching it.”

However, other fans of the show have defended the drama, with one viewer hitting back: “#Cursed is a brilliant show 10000% recommend it.”

While a third couldn’t see past Floki, commenting: “I started Cursed and when Merlin (Gustaf) appeared and did not speak like Floki I was totally disoriented.”

Whether Skarsgård will reprise the role of Merlin once again remains to be seen as Netflix hasn’t yet renewed Cursed for another series.