Vikings has now come to an end on History and Amazon Prime Video and fans are still mourning the deaths of some of their favourite characters. Ragnar Lothbrok (played by Travis Fimmel) was a famous Viking king whose legacy was continued with the help of his sons. Fans are holding onto the hope that Ragnar survived after all.

Could Ragnar have survived the snake pit?

Vikings aired for a total of six seasons and the popular historical drama series was based on real Norse leaders, and included mythological elements.

Ragnar Lothbrok became king of Kattegat and over the course of the series he produced a number of sons, who would all see fame as adults.

Fans were left in shock as the hero of the show died in the fourth season, at the hands of King Aelle (Ivan Kaye).

The king tortured Ragnar but the protagonist would not give in and repent. He did not say anything whilst Aelle was punishing him.

When it was time for him to die, Ragnar recalled a poem about his god Odin and Valhalla. 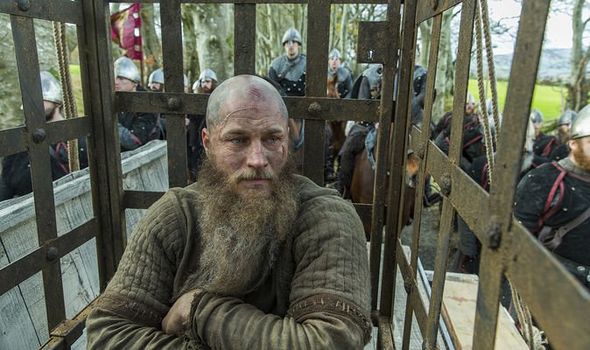 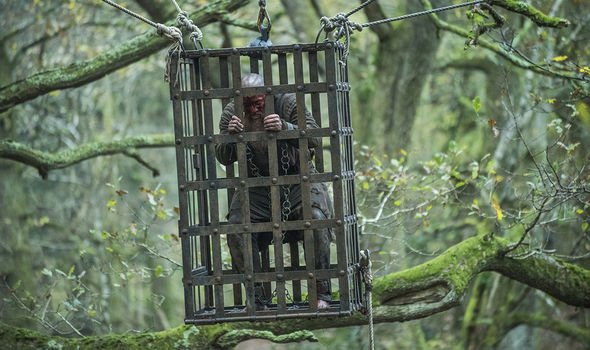 Ragnar said he was not afraid of death and that he welcomed the Valkyries.

He was then thrown into a pit of venomous snakes and met his early demise.

His death in the series stays true to the real events from the Viking Age, as the real Ragnar Lothbrok was punished in the same way.

He attacked the king but was captured and thrown into a snake pit. 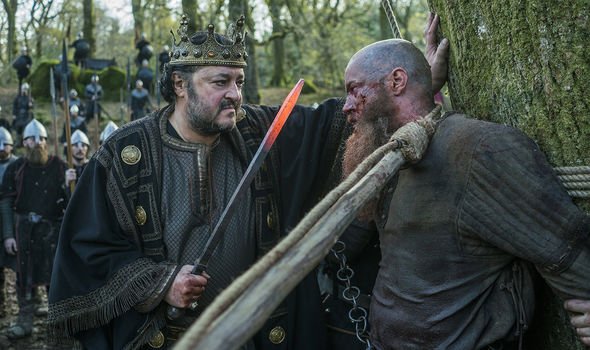 Fans have taken to the online platform Reddit to discuss whether Ragnar could have survived.

One said: “I have been discussing with someone about Ragnar’s Death and she TRULY believes that he is still alive. Even though we all saw what happened to him. Here is her argument.

“He fell into a pit of snakes, venomous snakes that would bite him and kill him. End of story. Remember Yidu, The slave that Ragnar kept for himself and set free to live in the cabin.

“She gave him ‘Medicine’ and also… EXPOSED HIM TO SNAKES. Venomous snakes that could kill him. They never show his body nor even speak of his body.

“I want to believe her but again. The show is over. Does anyone else think about how he could have been immune to the venom and left the pit to live a new life?” 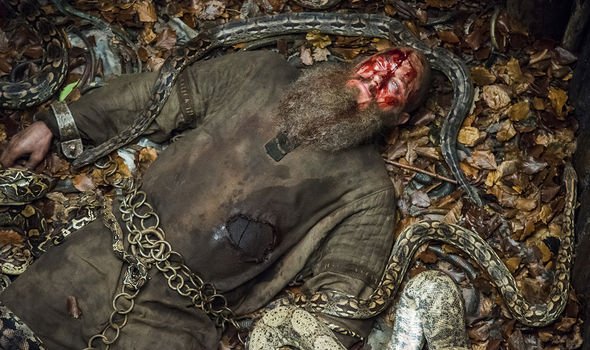 Sadly other fans are under the impression Ragnar really did meet his end in the snake pit.

One said: “Sorry but Ragnar Lothbrok is a semi-legendary character. That means some of his exploits might be true and some are misattributed to him since he became THE Viking par excellence.

“But if he was indeed a real person who lived in the 8/9th century AD who pillaged England, he did get killed by the King of Northumbria by getting thrown into a pit of snakes.

“So if the show wants to be mildly realistic they can’t just pull off a resuscitation of Ragnar. He was the catalyst for a lot of Viking invasions and incursions that would change Europe forever, point made.”

Some viewers have suggested that although Ragnar died, his body was dug up and buried afterwards.

One fan said: “My theory is that Ecbert ordered others to dig up Ragnar’s remains from the snake pit and had a proper burial for him. Ecbert would have been the only one with authority and motivation to order this.”

King Ecbert (Linus Roache) and Ragnar had a unique relationship and although they did not always see eye to eye, they were good friends.

Confirming the Viking warlord’s death, another fan said: “Nah, sadly he’s dead, you don’t build an immunity to that much venom in your system.”

Vikings is streaming on Prime Video.