VICTORIA Beckham was left unimpressed when she found son Brooklyn had left Harper's Elf on the Shelf in a rude state of affairs this morning.

Among many celebs getting creative with the festive elf this year, Posh Spice left her 21-year-old in charge of setting the today's cheeky scene. 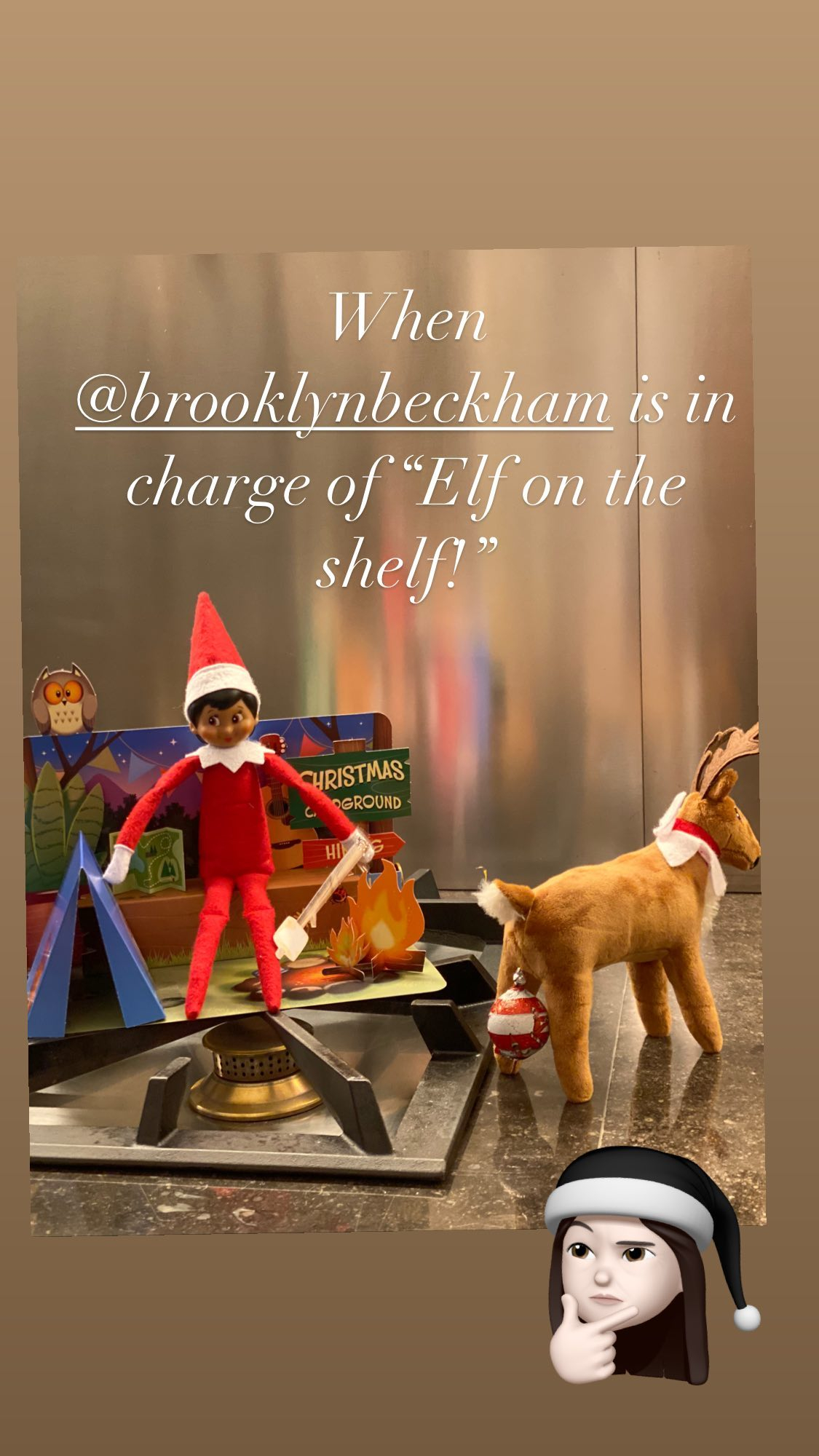 The family have been using Elf on the Shelf to surprise nine-year-old Harper each morning, always leaving the mischievous pixie getting up to no good in a different place.

Model Brooklyn, who is engaged to American actress Nicola Peltz, positioned the stuffed toy on the cooker of the family home as if it was toasting marshmallows.

But next to it, in a crude turn of events, he placed a stuffed reindeer with it's behind facing towards the fire, and hung a chocolate 'ball' from in between its legs.

Upon finding the setup this morning, mum-of-four Victoria, 46, shared a photo to her social media, writing: "When @brooklynbeckham is in charge of 'Elf on the Shelf'." 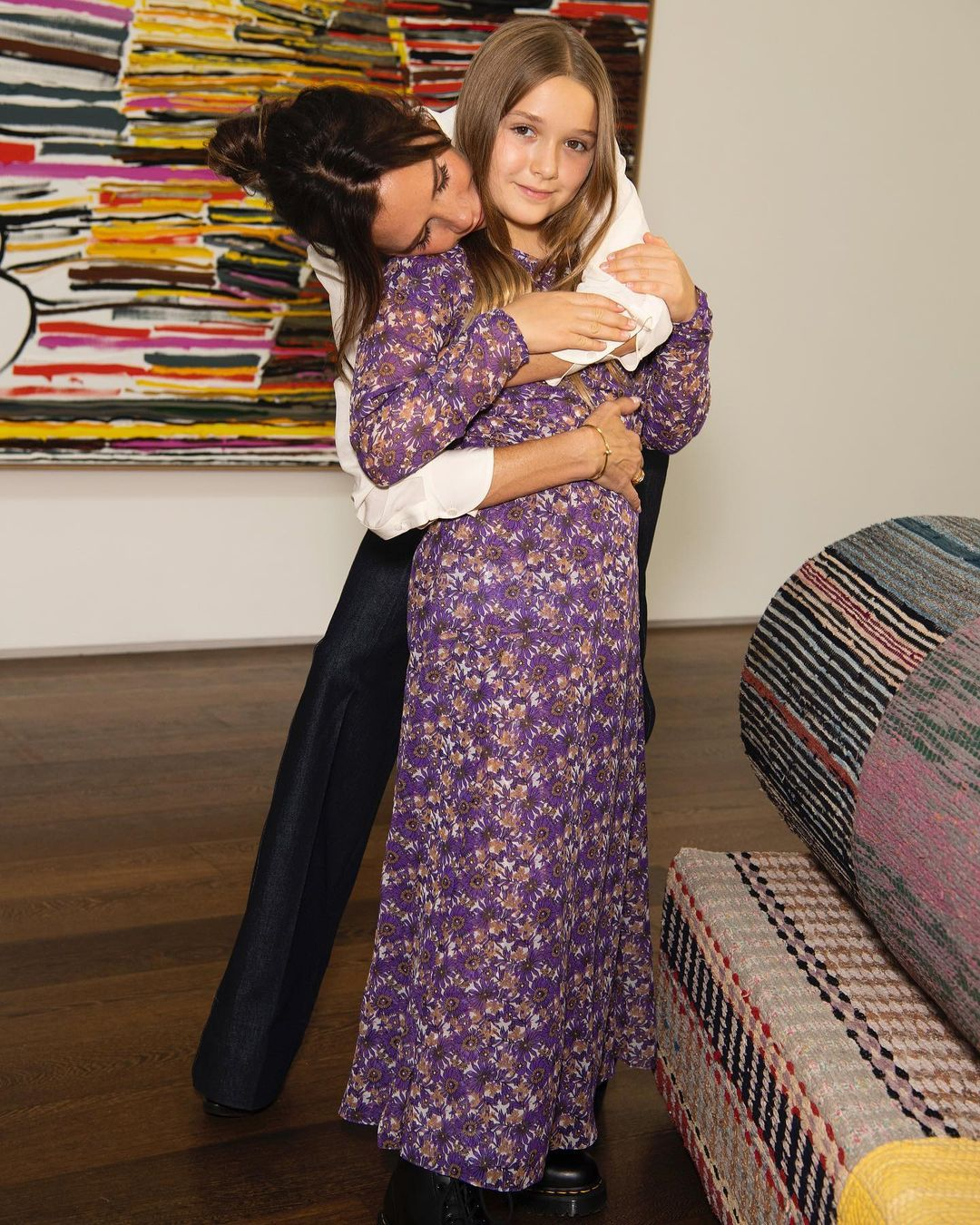 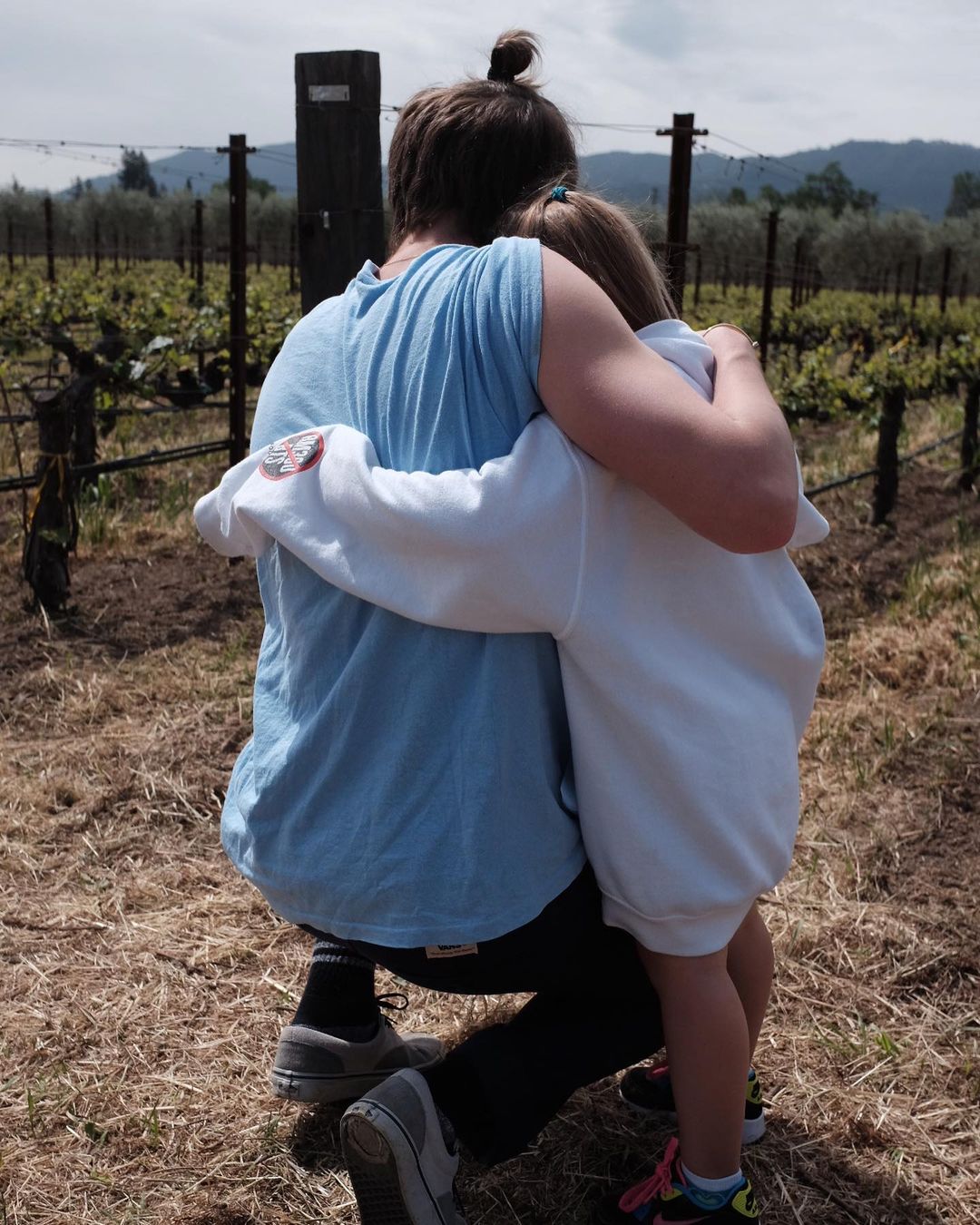 She placed a skeptical Bitmoji sticker in the corner of the Instagram post, suggesting she was far from impressed by her sons rude reindeer.

Nonetheless, Harper and big brother Brooklyn share a close relationship, as it was proved when he shared a photo of the pair hugging yesterday.

Knelt down to embrace her, the amateur photographer referred to his younger sister a "special person" in his life.

He also shared a photo of him holding tight to his soon-to-be-wife Nicola, after getting down on one knee this July. 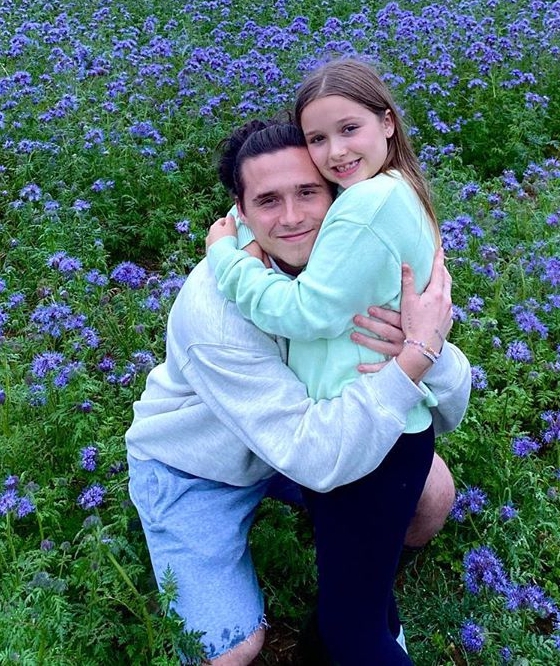 Victoria admitted she was delighted that her son has met his "soul mate" in a rare interview with Lorraine, referring to her future daughter-in-law as a "wonderful woman".

She said: "I'm so happy they're both so happy. She's wonderful, sweet, kind, such a lovely warm, wonderful woman. We love her."

The young couple are expected to tie the knot next year.