“I think that our show does a really wonderful job of very unapologetically portraying Langston in that way,” actor tells TheWrap 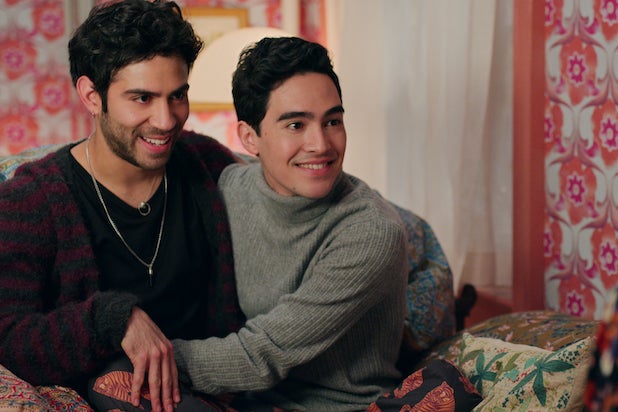 For Troy Iwata, his new Netflix holiday rom-com “Dash & Lily” is more than just a love letter to Christmas and New York City — it’s also a love letter to the queer and mixed-race communities that the gay actor, who is half-Japanese and half-Jewish, belongs.

“I think our show, it’s very refreshing for me to be able to represent both the queer community, but also the mixed-race community,” Iwata told TheWrap. “I think that our show does a really wonderful job of very unapologetically portraying Langston in that way.”

“Dash & Lily” focuses on the title characters, played by Austin Abrams and Midori Francis, who have a whirlwind romance at Christmastime in New York when Dash discovers a mysterious notebook left by Lily at her favorite bookstore, The Strand, to try to find her perfect match. While Lily and Dash are writing back and forth, daring each other to move outside their comfort zones and falling in love as they do that, Lily’s older brother, Langston (Iwata) is getting cozy with his boyfriend, Benny (Diego Guevara), in their family’s gorgeous apartment.

And yeah, he’s around to help out Lily when she needs him, but Langston is mainly doing his own thing throughout the 8-episode season.

“I think it’s really refreshing to play a queer character whose main arc isn’t them accepting their queerness or overcoming outside hate from their family or community,” Iwata said. “Because Langston is just this really fun, quirky, snarky human who happens to be gay and it’s never really questioned or challenged by himself or any of his friends. And I think that’s a really important message of hope to especially send to a younger audience.”

Based on the first book in David Levithan and Rachel Cohn’s “Dash & Lily” trilogy, another important message for Iwata comes when Lily and Langston’s half-Japanese, half-Caucasian family celebrates Christmas.

“The fact that Lily and Langston are half Japanese and half white and our show does a really great job of portraying this mixed family that sort of embraces both of their ethnic backgrounds equally,” he said. “There was one montage where they’re having a family Christmas party and Lily was very sad, but the party was hopping. And there was a part that I loved at the end of the montage where we were taking a family photo and it was just this wonderful big group of people, both Japanese and white people, but you don’t really notice that. And it was just like, oh, there’s a family there. And I thought that was a really, really beautiful moment.”