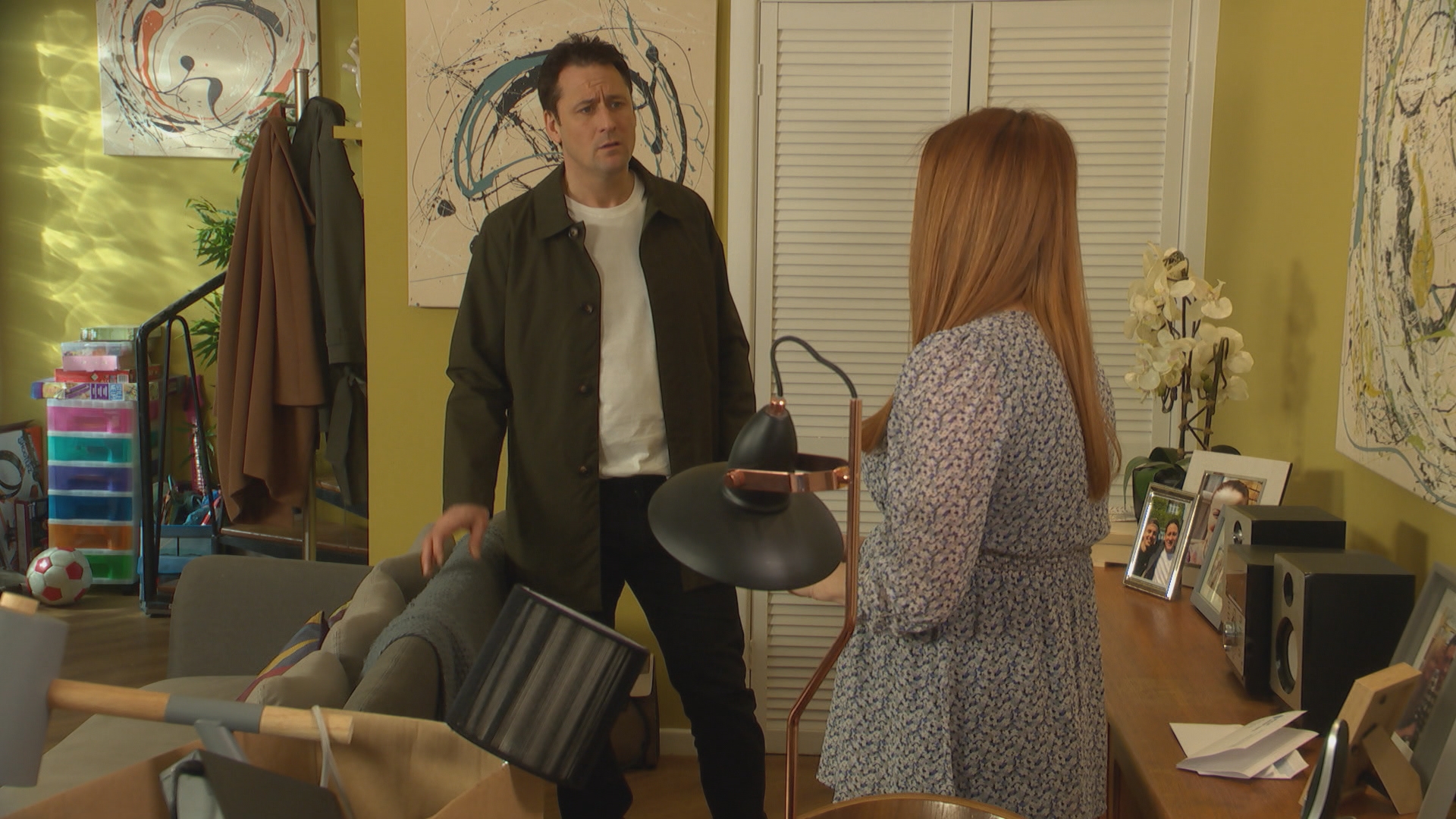 Diane Hutchinson’s (Alex Fletcher) battle with OCD has spiralled out of control in Hollyoaks, and her mental health has been suffering as a result.

The mainstay of the Channel 4 soap feels an overwhelming desire to protect her nearest and dearest, and viewers have seen her frequently double check light switches, door locks and window latches.

Diane started to display signs of OCD earlier this year, when she discovered that she was pregnant.

Next week, she feels overwhelmed once again when she realises that her due date is rapidly approaching, and that she hasn’t sorted anything for the baby’s arrival.

Tony (Nick Pickard), desperate to ease her stress, gets some boxes out of the loft.

Diane, however, worries all the more as a result, as the boxes are dirty and thus orders her hubby to get rid of them.

Later in the week, she searches for the best and safest baby products, but they all are rather expensive – leaving Tony with an idea.

He asks Verity (Eva O’Hara) for some of Edward’s (Joe McGann) inheritance. Verity is more than happy to help, but Diane is left panicked when the pram she wants is out of stock – and she can’t take Verity’s card out in case of germs.

What’s more, she snaps at Verity, explaining that no-one ‘gets’ it.

As the week reaches its end, Diane’s mind goes into overdrive once again after she reads about a spate of burglaries that have been reported in the area.

As a result, she refuses to go out for a meal with Verity, but – in order to avert attention – she tells Tony that she’s fallen out with her.

Verity, however, tells Tony what really happened, explaining that she’s worried there might be more to it.

Will Tony and Verity discover just how much Diane is struggling?