Warner Bros. film joins “Wonder Woman 1984” as the second film to open to over $10 million since the start of the pandemic 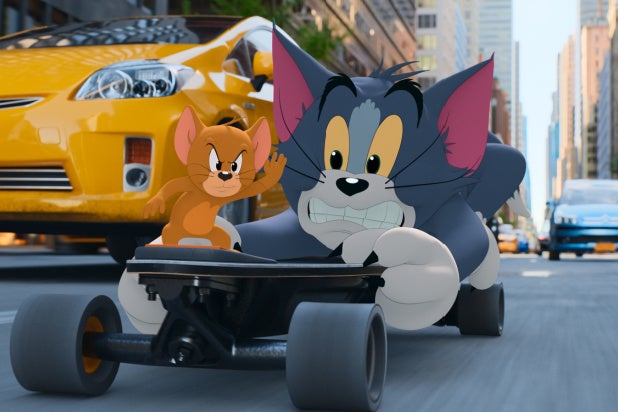 Warner Bros. has done it again. Though the animated/live-action hybrid “Tom & Jerry” was released in both theaters and on HBO Max this weekend, it joined “Wonder Woman 1984” as only the second film to earn an opening weekend of $10 million since the start of the pandemic with a $13.6 million opening from 2,475 screens.

By comparison, Universal/DreamWorks’ “The Croods: A New Age,” which has been persevering for months at the box office, earned a 3-day opening of $9.7 million back on Thanksgiving weekend. That sequel earned $1.2 million this weekend to bring its domestic total to $52.3 million after 14 weekends.

While “Tom & Jerry” will face competition for family audiences from Disney’s “Raya and the Last Dragon,” which will open in both theaters and as a premium Disney+ offering next weekend, Warner Bros. will hope to follow the same path as “Croods”; legging out over the spring as audiences regain confidence in returning to cinemas and states begin loosening restrictions. Theaters in New York City are set to reopen with 25% audience capacity restrictions next weekend, and there’s hopes that a similar reopening can take place in Los Angeles sometime in March.

But just as hopes of reopening theaters were derailed last fall, another surge of COVID-19 infections could easily reverse this positive trend. Epidemiologists have warned that more infectious variants of the virus could easily erase the sharp decline in cases and deaths seen over the past six weeks and point to a recent leveling off in that decline as a sign that those variants are beginning to spread. If health experts’ worst fears prove true and cases begin to rapidly rise again in March or April, cinemas could once again be forced back into closing.