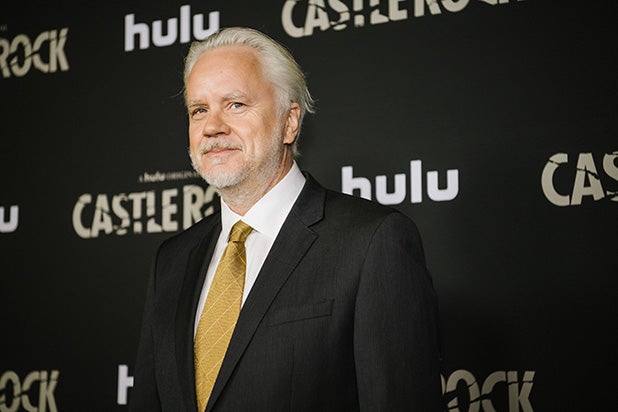 Tim Robbins has been tapped to replace Rainn Wilson in Amazon’s forthcoming “The Power” series after the “Office” alum had to step back from the project after production delays caused by the pandemic.

Robbins will play “the self-righteous and self-important Governor of Washington” and a “constant thorn” in the side of Leslie Mann’s character, the mayor of Seattle.

The 10-episode series is an adaptation of the novel by Naomi Alderman, taking place in a world where all teenage girls suddenly and inexplicably develop the power to electrocute people at will.

Per Amazon, “It’s hereditary, it’s inbuilt, and it can’t be taken away from them. Coming alive to the thrill of pure power: the ability to hurt or even kill by releasing electrical jolts from their fingertips, they rapidly learn they can awaken the Power in older women. Soon enough nearly every woman in the world can do it. And then everything is different.”