Warning: Do not proceed if you have not watched Tuesday’s two-hour season 5 premiere of This Is Us, you are entering major spoiler territory.

This Is Us saved the most shocking surprise of all in the final seconds of the season 5 premiere — and it’s a bit of a game changer.

Remember Laurel, Randall’s biological mother, who we thought died in childbirth? In Tuesday’s two-hour return, it’s revealed she actually didn’t die — at that specific moment, at least — like we’ve been led to believe for four seasons. In a classic This Is Us twist, the new piece of information was dropped at the tail-end of the episode, just when you thought the episode was over.

After young William leaves Laurel — who’s presumed dead by the EMTs after they unsuccessfully try to revive her — to drop baby Randall off at the fire station, one of the first responders notices that something is amiss. As he checks her pulse to declare her dead, the young paramedic’s eyes widen in surprise.

“Wait, wait… I’ve got a pulse,” he says, as the camera slowly zooms in on her. In the final moment, she gasps for air. What just happened?!

The revelation that Randall’s birth mom didn’t die in childbirth, like William, Randall and everyone else thought, shifts the narrative of her story and what happened to her, and raises the question of whether she’s still alive in the present day. Over the course of the series, we found out bits and pieces about Laurel — how she came to fall in love with William, how she went down a drug-addled spiral — but we didn’t know what happened to her. Until now. 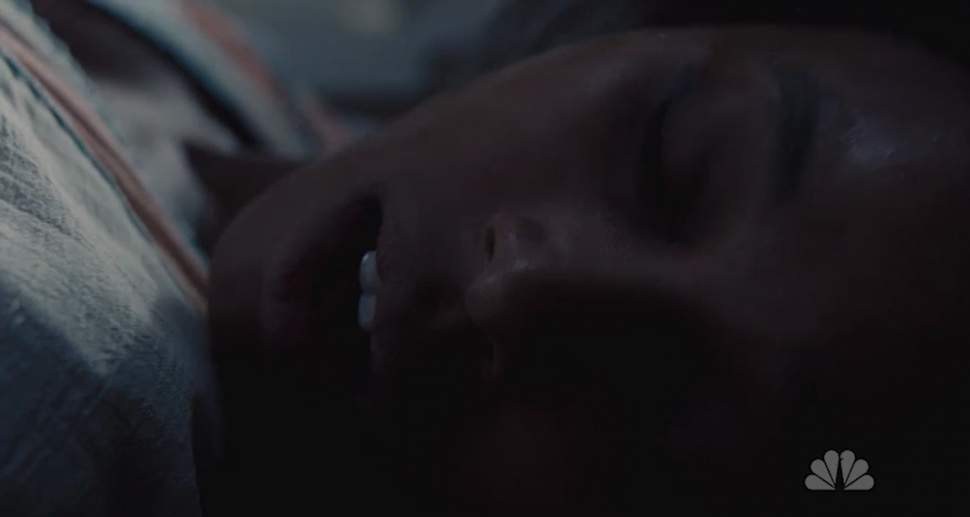 All those questions swirling in your brain about Laurel and what this means for Randall, as he grapples with his identity in the present day, will all be addressed and, more importantly, answered in short order.

“There’s obviously a story to tell, continuing onward from that moment,” creator Dan Fogelman told reporters on a conference call Tuesday. “It’s not something that’s going to be [dragged out]. Answers will be gotten pretty quickly; without spoiling too much, well within the first half of the season. Certainly it’s not something we’re going to drag out as a mystery over multiple seasons or anything. So there’s a pretty quick answer and I think it will be found to be elegantly done.”

Fogelman addressed why now felt like an appropriate time to introduce this new thread.

“It’s one of those last things we’ve always bandied about, in terms of this being the area where we would reveal this information and dive a little bit into his birth mother’s story,” Fogelman explained to ET on the call. “For us, Randall’s story, big picture, has always been a story of identity. He’s a man who, like many people who come from different backgrounds who’s searching for who he is and where he’s from, it’s always been a part of his story — the story of his birth mother — that we’ve never really filled out and told. I think for Randall, for that character, until he can get some answers there and some kind of closure, it will be a final step in coming in terms with some of his own questions about his identity.”

“It’s something that, if you look back in the series, we’ve always kind of laid [down] talk of where’s his mother, why is his mother not a part of this narrative as she’s this character who died in childbirth and we’ve never really looked into it. This first half of the season is our opportunity to do that and it’s our conscious plan of the when and the how and the why in terms of Randall’s big picture arc,” he continued.

Because This Is Us doesn’t shy away from mystery, naturally questions over Randall’s birth mom’s status will be asked, prompting speculation over her true fate. But, Fogelman promised, there will be no lingering “How did Jack die?” embers here.

“It definitely answers if she’s still alive in the present day and definitely answers what happened moving forward, and honestly, who was this woman well before this moment, well before she met William?” he teased to ET. “This woman who is Randall’s birth mother and hasn’t played a prominent part in our story thus far: Who is she? Where is she from? What is her story? That’s a big part of Randall’s journey in the front-half of the season.”

As Randall says to Beth in the scene before the big reveal, “I think we could all use a year with no surprises.” Looks like that wish will have to wait just a little bit longer.

This Is Us returns Tuesday, Nov. 12 at 9 p.m. ET/PT on NBC. For more on season 5, watch ET’s exclusive interview with Justin Hartley.