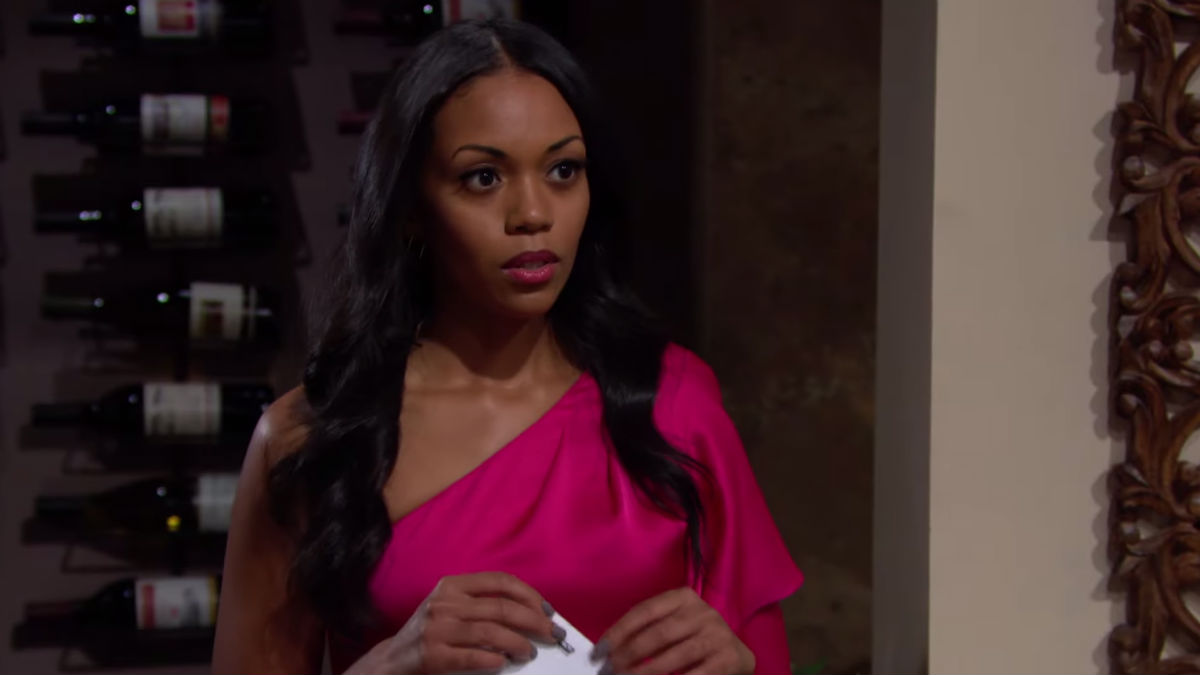 The Young and the Restless spoilers for the CBS show tease it is time to face the music for several Genoa City residents.

After weeks of back and forth, one woman discovers her family heritage, while another may have finally pushed the man she loves to his breaking point. The hit soap opera is focused on the drama as summer winds down and fall heats up.

Is this the end of the road for Rey and Sharon?

Rey (Jordi Vilasuso) has made it perfectly clear to Sharon (Sharon Case) he is not happy with her helping Adam (Mark Grossman). Now that Sharon’s cancer has come back, Rey is losing patience with Sharon continuing to focus on Adam instead of her health.

Sharon has not taken Rey’s concern or warnings seriously. Last week, viewers watched as Rey chose to spend the night at home as opposed to with Sharon. The preview video shows Rey walking out on Sharon, and this time, it might be for good.

Mariah (Camryn Grimes) is there to witness the tension between her mother and Rey. When she asks Sharon what the deal is, Sharon replies her actions may have just cost her the man she loves.

Has Rey finally reached his limit with Sharon putting Adam before her cancer battle?

Time to take action and accept the truth

Abby (Melissa Ordway) is standing by Chance (Donny Boaz), despite the threat from Alyssa (María DiDomenico) to expose what went down with Adam and Chance in Vegas.

Fans know Abby is not one to sit by and idly wait for things to blow up. Abby seeks out Chelsea (Melissa Claire Egan), demanding to know what the plan is to stop Alyssa. The timing is not great, considering Adam is shutting Chelsea out of his life.

Amanda (Mishael Morgan) learns from Nate (Sean Dominic) that the DNA results are back. She prepares to tell Devon (Bryton James) what it says, which, as fans already know, is that Amanda is Hilary’s (Mishael Morgan) twin sister.

It will be nice to have the news confirmed and get this story moving along. Y&R has been dragging it out for weeks despite the outcome being obvious.

Devon will have to figure out how the news impacts him and his relationship with Elena (Brytni Sarpy). Plus, who will Amanda turn to now that her life has been flipped upside down — Billy (Jason Thompson) or Nate?

Lots of changes are coming to Y&R. Fans aren’t going to want to miss a second of the juicy drama because there is always an unexpected bombshell being dropped.

The Young and the Restless airs weekdays on CBS.