The Walking Dead fans around the globe were left heartbroken recently when Michonne (played by Danai Gurira) said her goodbyes. After discovering her husband Rick Grimes (Andrew Lincoln) could still be alive, Michonne set off on a quest to find him, all with the backing of his daughter Judith (Cailey Fleming). However, the season 10 interim finale on AMC, episode 15, paved way for her to make a comeback already and showrunner Angela Kang has backed the theory.

The latest episode of the AMC series was initially billed to be the penultimate of season 10.

However, as the coronavirus pandemic continues to cause TV productions around the globe to shut down, The Walking Dead season finale won’t air until later this year.

That’s not to say episode 15 still wasn’t packed full of talking points and intense drama, however.

One such scene came between Daryl (Norman Reedus) and Judith in which the former admits he’s tried to get in contact with Michonne. 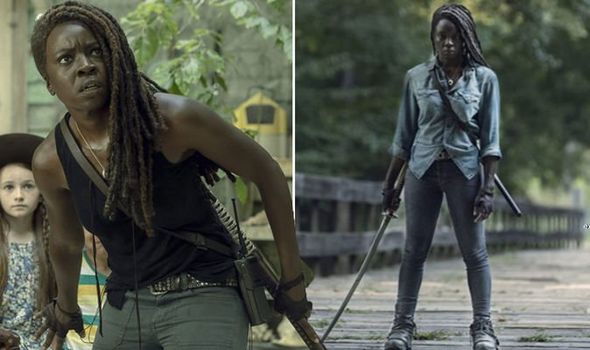 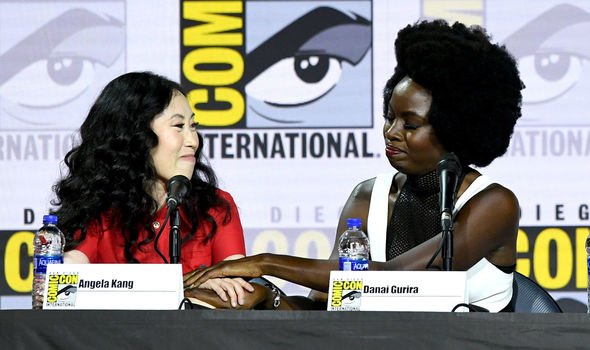 This paved the way for TWD fans to believe Michonne is still alive despite going off on a completely different path.

Speaking to Deadline, showrunner Angela Kang has hinted at a possible return in the future for Michonne.

She told the publication: “I mean, I think we’ve got to live in the world where the characters live.

“I think they do have hope that maybe she can come back again, and obviously, for the sake of the universe, but that’s not really my realm.” 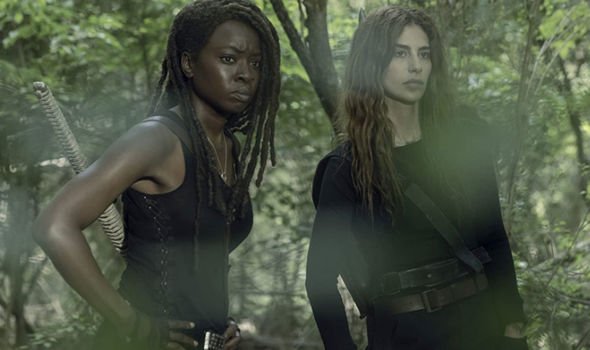 Angela added: “The hope is that, you know, there’s some story for her there in a cinematic format, but you know, that door remains open if need be.”

It’s not the first time since Michonne’s exit that talk of a return has already dominated headlines.

Actor Danai herself failed to rule out a possible comeback shortly after her departure episode had aired.

When asked if this is a temporary exit, Danai said to Deadline: “Well, you know I would never tell you yay or nay to that, but I think there is an open-endedness to how she exits. I will agree with you on that.

“I thought it was beautiful that she got to, you know, kind of get cosmically rewarded for helping this weird guy, Virgil, who is played by a wonderful actor who I’ve always admired, Kevin Carroll.

“Rewarded by finding evidence that’s something she’s always suspected was true, which was that Rick didn’t die on that bridge.

“So, you know, we’ll see how that goes. See what happens next or see if something happens.”

One thing that is almost certain is that Michonne won’t be appearing in the season 10 finale when it eventually airs.

The news broke on March 24 that the finale had fallen victim to a delay as a result of the coronavirus pandemic.

In a statement released on Twitter, it read: “Current events have unfortunately made it impossible to complete post-production of The Walking Dead Season 10 finale,

“So the current season will end with its 15th episode on April 5. The planned finale will appear as a special episode later in the year.”

Fans will have to just keep their eyes peeled for when and if Michonne makes a return.

The Walking Dead season 10 returns to AMC and Fox UK later this year.