In The Walking Dead season seven, Negan (played by Jeffrey Dean Morgan) caused chaos for the communities, particularly Alexandria, after he killed Glenn Rhee (Steven Yeun) and Abraham Ford (Michael Cudlitz). There were several characters desperate to see the end of Negan, including young Carl (Chandler Riggs), who snuck into the Saviors compound to try and take out the baseball wielding villain.

Negan eventually found Carl and showed him around the home of the Saviors in Sing Me A Song.

However, one scene which would have involved Negan introducing Carl to his “wives” and encouraging him to have fun with them, wasn’t deemed appropriate.

Speaking to the Undead Walking, director Rosemary Rodriguez said she wanted to show Carl shocked by the scantily clad women.

But when the scene was discussed, showrunner Scott Gimple wanted to focus more on the bigger picture. 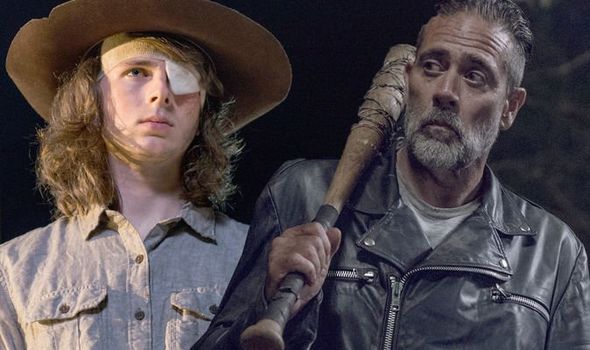 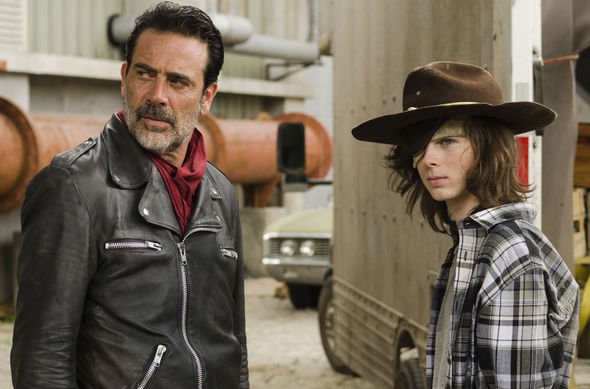 Rosemary explained there were also disagreements over what Negan’s wives would wear for the scene.

She noted: “Part of the conversation, for me – which I didn’t quite win, to be honest with you – was what they were going to be wearing.

“I really wanted a reaction from him (Carl) in seeing women in really sexy… like seeing them, their cleavage, really being a little bit more explicit.

“Particularly for the show, because it’s so out there and not what we do.” 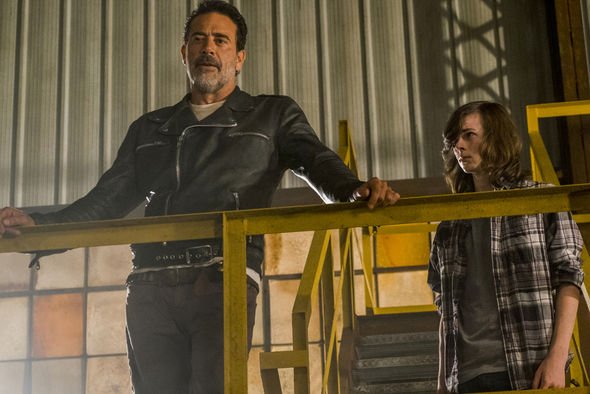 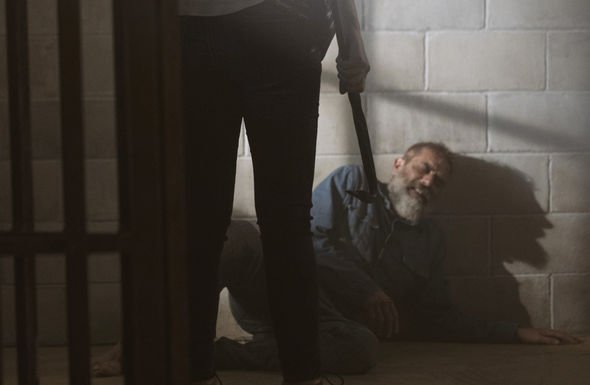 In The Walking Dead graphic novels which the series is based on, Carl sees the women dressed in sexy lingerie.

However this didn’t sit well with the producers and the scene was scrapped.

Rosemary continued: “I like extremes and because I’m not really afraid to dive into whatever it is, even if it’s politically incorrect or evil or dark, I just want to go as far as we can.

“I think Scott [Gimple] and everybody were trying to adhere to the bigger picture, and being aware of the fans and what was going to happen.”

Carl later died in season eight of the series and Negan is still alive as he lives in Alexandria.

He was recently released from his prison cell by Carol Peletier (Melissa McBride) with the orders to kill Alpha (Samantha Morton).

While he succeeded with his mission, Maggie Rhee (Lauren Cohan) may not be willing to let him continue living with the Alexandrians.

Maggie is set to return in the season 10 finale when it airs later this year as actress Lauren dropped a huge clue about her plans.

“Just like in life, it might be one of those things she doesn’t know until she faces it,” the star told AMC.

“She definitely decided not to kill him on that day when Michonne discouraged her. She did go that way.

“Forgiveness is liberating. I suppose we’ll get to see to what degree she has decided to liberate herself.”

Will Maggie be able to accept Negan and the crimes he has committed and move on or will she demand revenge?