SPOILER ALERT: The story includes information about the Season 20 finale of NBC’s The Voice.

No eleventh-hour surprises as frontrunner Cam Anthony, a 19-year-old former child prodigy from Philadelphia, was named The Voice champion tonight. 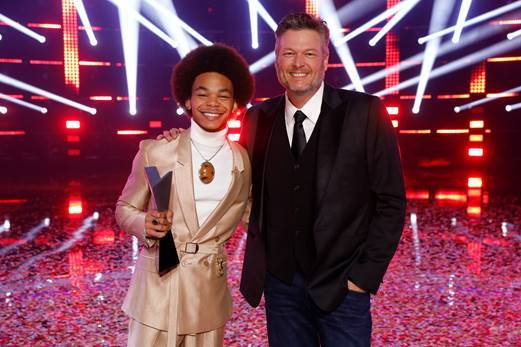 Anthony, who could be the last ever spring winner as The Voice is switching to one cycle a year last season, airing in the fall, brought the eighth victory for coach Blake Shelton who had tipped the teenager as a future a superstar.

Anthony performed the Golden Globe, Oscar and Grammy-nominated anthem “Stand Up” by Cynthia Erivo from the film Harriet and a rendition of “Wanted Dead Or Alive” by Bon Jovi.

He also was joined on stage by coach Blake Shelton for a duet of “She Drives Me Crazy” by Fine Young Cannibals.

Anthony was the #1 most-viewed artist on YouTube this season with 5.4 million collective views.