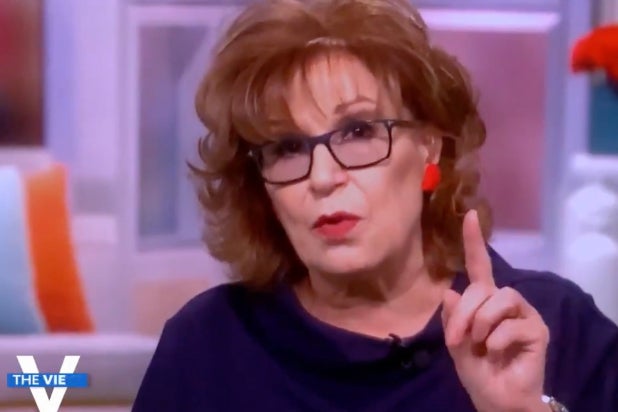 On Thursday, “The View” co-hosts discussed unsettling new footage from last month’s riots on Capitol Hill. The video, which was released as part of Trump’s ongoing impeachment trial, revealed just how close domestic terrorists got to former Vice President Pence, his family and Congressional staffers. Joy Behar called former President Trump’s encouragement of the rioters and delay to call them off “negligent homicide” (one Capitol police officer died from his injuries).

“One of the arguments they’re giving on the Trump side of it is that he can’t be held responsible just for the basis of inflammatory speech,” Behar explained. “The original permit of the event on the ellipse was not to authorize a march on the Capitol. It was not authorized. According to what we heard yesterday, it wasn’t until Trump and his team directly involved in the event’s planning that the march came into the picture. They signed the permit to allow the mob to go on the Capitol, okay? That is not a free speech issue. That is action. That is actionable. He signed the permit that said ‘go ahead.’”

Behar went on to share how Vice President Pence was removed from the chamber at 2:13pm that day and how quickly after that Trump tweeted about Pence not having the courage to stand his ground and go through with the vote certification. “That was a signal to go after Pence,” she said in her rant, before continuing on with a final point: the fact that Trump didn’t share his disturbing video address to the mob until three and a half hours after they had already done damage.

Behar closed out her rant by referencing George Orwell’s “1984,” leaving viewers with a chilling and appropriate quote to ruminate on: “The party told you to reject the evidence of your eyes and ears it was their final most essential command.”

Watch the video below.