On Wednesday’s The One Show on BBC One, Jermaine and Alex had spoken with guests Alice Cooper and The Big Bang Theory’s Kaley Cuoco all about their upcoming projects. However, Jermaine has a rather daunting project of his own ahead of him as he and Alex Scott are taking on a mammoth Red Nose and Spoon race for Comic Relief. So when Alex revealed at the end of the episode that Jermaine wouldn’t be hosting for the rest of the week in order to isolate for the challenge, Jermaine took her by surprise by walking off early.

After bidding farewell to rockstar Alice Cooper, Alex thanked the show’s guests before turning her attention to Jermaine.

“And thank you for this week,” Alex said to Jermaine before she explained: “Now, Jermaine is off to isolate now for the Red Nose and Spoon race challenge.

“So Ronan Keating will be with me tomorrow,” she added – expecting Jermaine to weigh in with his sign-off.

But instead, Jermaine stood up and headed off the set of the BBC show, saying: “That’s right, have a good one. 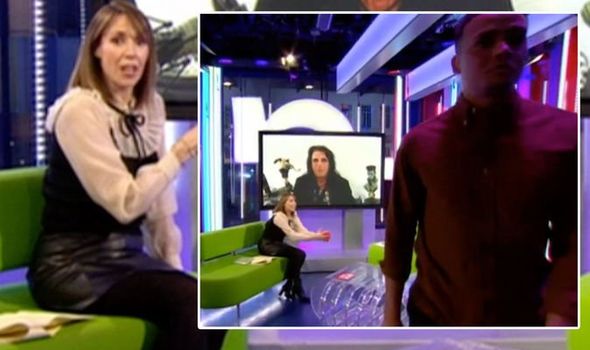 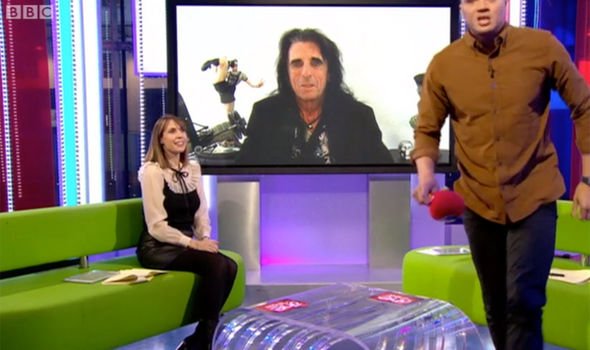 “Remember my team’s gonna be winning alright,” he quipped before launching a soft toy Alex’s way as she stayed sat in silence.

“Oi!” Alex eventually shouted after her co-star as he disappeared out of shot.