BBC viewers tune in to The One Show every weekday as the hosts normally are joined by an array of guests on the famous green sofas. Since the increased spread of coronavirus, new government guidelines have warned people to stay at home and only travel where necessary, leaving viewers surprised to see Ed Balls, a guest on the show tonight, in the studio.

Alex Jones presented The One Show solo last night as the nightly programme continues to find ways to adapt amid COVID-19.

Her co-host Matt Baker has been self-isolating in recent days, appearing only via video-call.

Alongside this, last night Mel Giedroyc and Sue Perkins spoke to the hosts from their houses also by video-call.

It comes after the latest government advice urges people to stay indoors and not leave their households unless they need to shop for food, medication, travel where necessary, or go to work because they cannot work from home.

But one guest on tonight’s edition appeared to deem his appearance on The One Show an argument for ‘necessary travel’ and understandably viewers were not impressed. 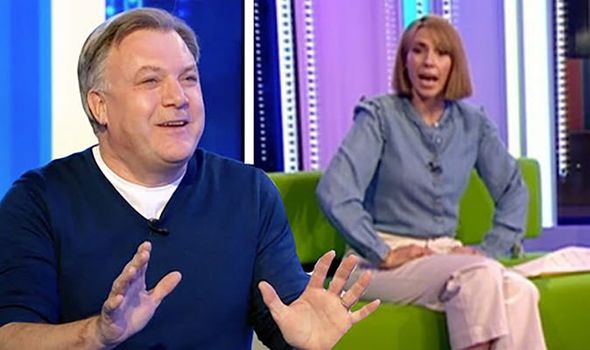 Ed Balls, former Shadow Chancellor, appeared on the show to talk about the ongoing spread of the virus but angered viewers by going to the studios, which seemingly went against the government recommendations.

Those watching at home quickly took to Twitter to express their confusion, asking whether it was a “necessary journey”.

One viewer asked: “In a time when the #bbc are preaching stay at home is there any need for @edballs to be on the @BBCTheOneShow #crazy #stayathome.”

Another echoed: “What’s necessary about having Ed Balls on the show talking about Yoga? #TheOneShow.” 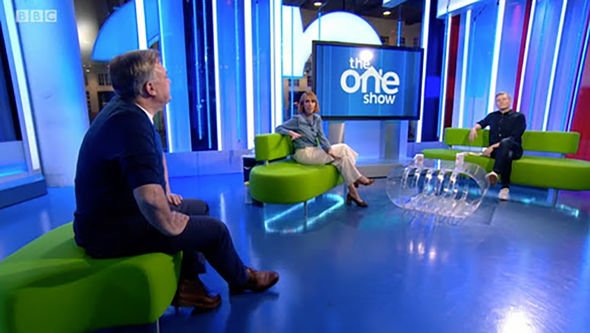 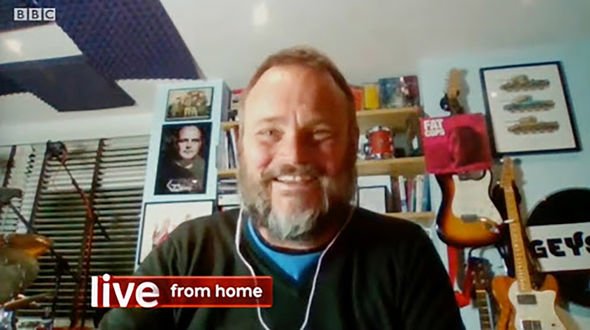 “Why is Ed balls in that studio ? Necessary journey? #TheOneShow,” quizzed another viewer

Later on, Al Murray was introduced by host Patrick as: “The only pub landlord who hasn’t shut his doors.”

He joined the hosts via video with an Aperol Spritz in his hand, to speak about what he was up to amid the COVID-19 outbreak.

Alex addressed the fact his latest tour had been postponed but how he was using the time to get on with “extra stuff.”

“Yes, I have a podcast with the historian James Holland called ‘We have ways of making you talk.’

“We talk about the Second World War. I’m really interested in it and he actually knows about it

“So, we sit and talk and we’ve been doing extra instalments of that and I’ve been doing an audio book about the Battle of Arnhem that I really like.

“I’ve been keeping myself busy and this is my music room, there’s drums to play although the neighbours are home, so I can’t play the drums!”

It comes after host Alex explained the social-distancing restrictions her and her co-host had adhered to.

Alex told those at home: “Patrick Kielty is back with me tonight, staying a safe distance.”

“We are adhering to all restrictions for a safe distance apart,” Alex reassured viewers.

The One Show airs weekdays at 7pm on BBC One.