In an exclusive clip from The Mummy Diaries, Paul Knightley hints that a surprise proposal could be on the cards after partner Sam Faiers' 30th birthday this December.

Chatting to Billie's husband Greg Shepherd on the show, who subtly teases, "Talking of weddings…" Paul jokes, "I'll get her a ring for her birthday.

"Nah, I save that for when she's… maybe next year or the year after. Get her into her 30s!"

Greg says "Go on, we need another wedding," to which Paul responds, "Yeah we do."

"100 per cent feel like during lockdown me and Sam have got… I didn't think we could be any closer. We took the most out of it we could," Paul adds to camera. "And yeah we're probably that one step closer to getting married."

It'll no doubt be music to Sam's ears. The pair have been dating since October 2014, announcing that Sam was expecting their first child, Paul, 10 months later.

They shared their journey into parenthood in one-off series The Baby Diaries and after Sam's sister Billie joined with her baby Nelly in 2016, The Mummy Diaries was born.

With the arrival of Sam's daughter Rosie, who turns four next month, their family was complete and surely wedding bells were next?

But it was Billie, who is also mum to Arthur, two, who was the first to walk down the aisle, with a lavish Maldives wedding to Greg last March. 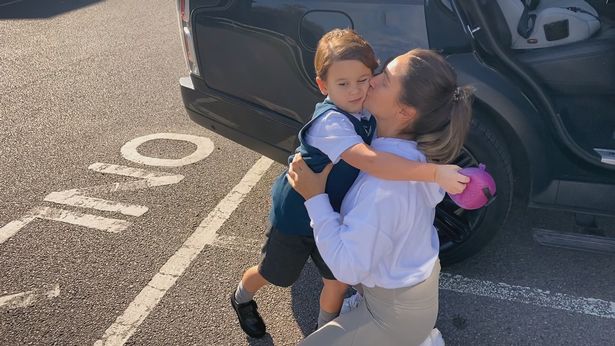 It's not the first time Paul has teased an engagement. In August, he told OK!, "We’ve got kids and we’re happy so I understand why people are curious and as long as people say it in a nice way I don’t mind."

"We will 100 per cent get married, but nobody is going to know about the proposal except me.

"I’ll be the only one who knows when and where it’s happening."

Despite his cageyness, Sam added that she felt the time was right for Paul to get down on one knee.

"When Billie was getting married there was a lot of focus on us being next and too much pressure," she admitted.

"It’s calmed down a bit, so I’m thinking hopefully there will be a surprise soon."