The Masked Singer: Semi-finalists open the show with ‘Superstar’

Badger took to The Masked Singer stage once again this evening as they battle it out for a spot in the ITV show’s grand finale. Guesses have ranged wildly so far this series, from Matt Baker to Alan Titchmarsh, but now fans think the judges should be looking more Stateside after questioning the star’s rather peculiar accent.

“Badger has a fake British accent when speaking & then sounds American when singing #maskedsingeruk,” pointed out one eagle-eyed viewer.

“Badger’s fake British accent is sickening #maskedsingeruk,” weighed in a third, while a fourth queried: “Has Badger’s accent changed? Is Badger faking an accent? #MaskedSingerUK.” 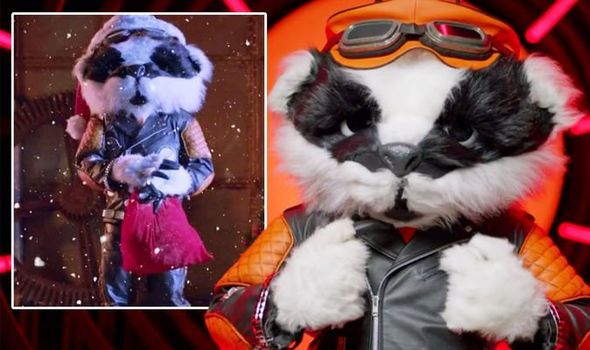 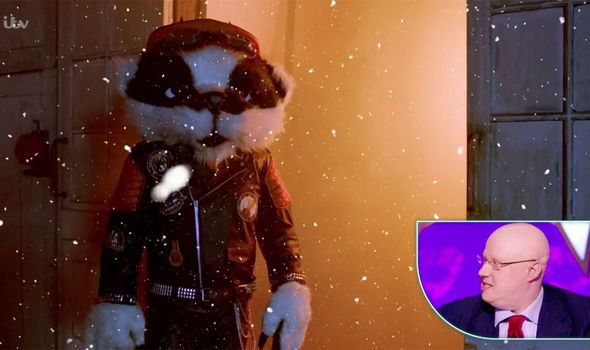 Also picking up on the twinge in Badger’s voice, some fans even went as far to land on a name.

“Strong song choice Badger #maskedsingeruk,” another added to the debate. “We still saying Neyo and he’s putting on a god awful English accent.”

And a second echoed: “I’d say Neyo for the singing accent but why does he have a Brummie accent when talking #MaskedSingerUK?”

While a third firmly put: “Badger is 100% Neyo #MaskedSingerUK.”

This isn’t the first time ITV viewers have been left convinced Badger is the US chart-topper, however.

Despite the seemingly British accent, Badger previously performed a song titled Because of You, made famous by Kelly Clarkson.

And a number of The Masked Singer fandom put two and two together and landed on an album Ne-Yo released by the same name.

“Badger is Neyo,” one fan explained. “I was stumped until last week, he also had a song called ‘Because of You’, he always wears hats, is an actor as well as a singer and performed at a Barbra Streisand tribute.”

And the bookmakers seem in agreement as Ne-Yo was priced as favourite to be under the Badger mask in the hours prior to the semi-final.

At 6/4, Ladbrokes had the So Sick song-maker as a joint frontrunner to be the mystery celebrity.

However, he wasn’t alone as the bookmakers also placed the same odds on Strictly Come Dancing star, Kevin Clifton.

But if ITV viewers’ claims the British accent is fake turn out to be true, it looks like Ne-Yo could fit the bill.