This November will be one year since Disney+ debuted and The Mandalorian premiered. It’s been a long and wild 10 months, but the second season of the popular Star Wars series is set to premiere at the end of October. And now fans have their first trailer for the upcoming season.

It doesn’t give away much, but it does hint at a few new characters, including one in a mysterious hood. 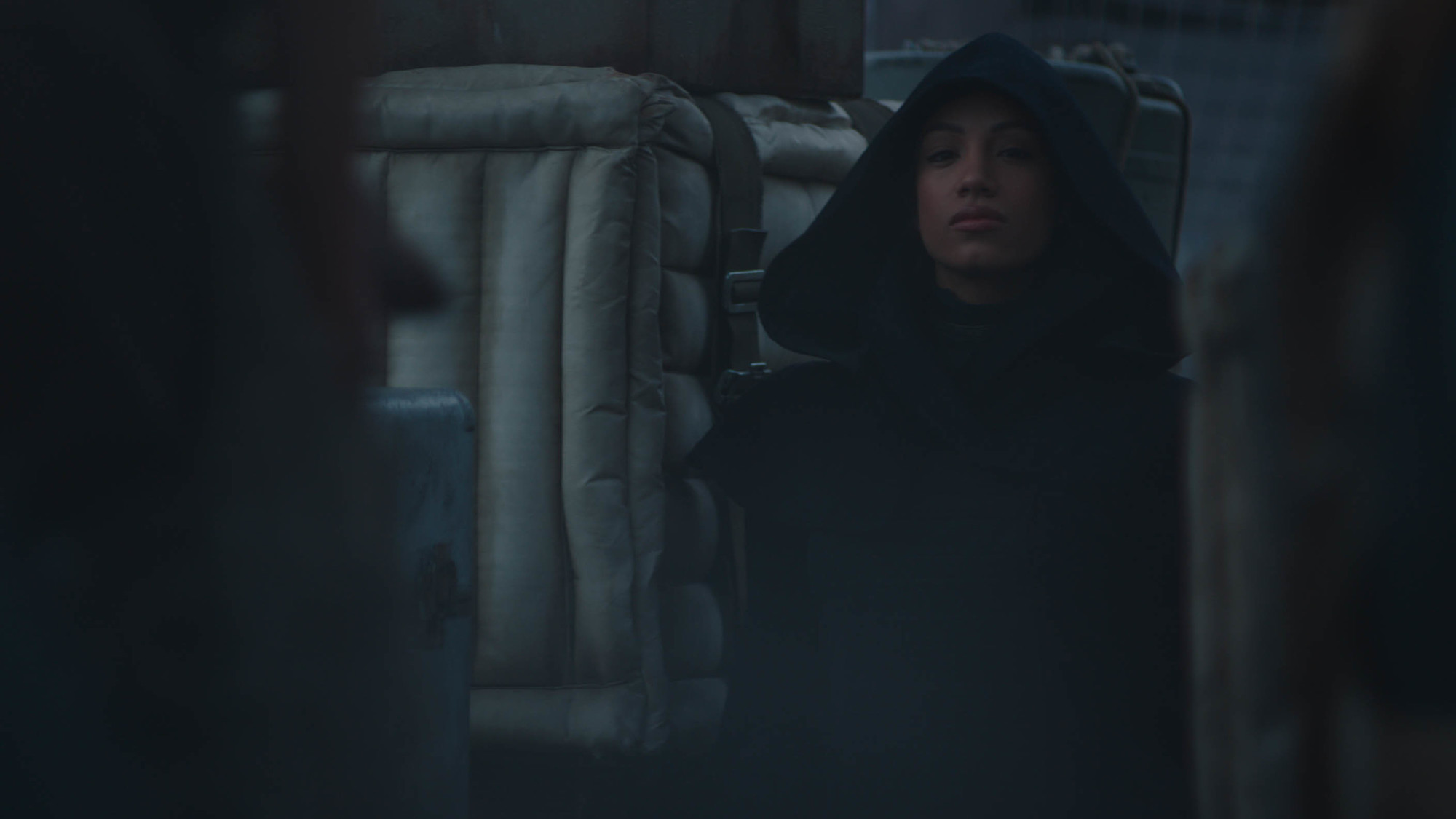 After months of speculation and waiting for The Mandalorian Season 2 trailer, Disney finally delivered. On Sept. 15 the Star Wars and Disney social media accounts shared the first trailer for the second season.

It shows Mando and The Child (aka Baby Yoda) traveling through space. And in the background, fans can hear the words from the Armorer in Season 1. She told Mando that he and The Child are a “clan of two,” and that he has to protect the baby until he can be reunited with his people. They don’t necessarily mean another alien from The Child’s species, but specifically Jedi. Or as they called them, “an order of sorcerers called Jedi.”

The rest of the trailer just consists of shots of Mando and The Child traveling through the galaxy, on this quest.

As Mando is on a dock or port of sorts, the camera shows a woman in a dark, hooded cloak around the 50-second mark. She’s looking on with knowledgable interest but then disappears. It looks like Mando and The Child notice her, but that could just be the editing of the trailer.

At first, a lot of fans clamored to say it was Ahsoka Tano, who’s rumored to be in this season. But the woman had a very human face, without Togruta head tails, montrals, or white facial markings. And as others on Reddit pointed out, the actor is WWE star Sasha Banks.

As Inverse reported in February, Banks was already rumored to have joined the cast, but her role wasn’t disclosed. So if she’s not Ahsoka, who could she be? Well, the consensus is that she’s another famous Mandalorian: Sabine Wren.

“It could possibly be Sabine who is working with Ahsoka, and Ahsoka sent her out to go look for Mando once she heard about the child,” user u/Hudzin69 wrote in a comment.

In this timeline, The Mandalorian Season 1 took place four years after the epilogue in the finale of Star Wars Rebels. That occurs after the Battle of Endor and Return of the Jedi. However, not every new face has to be one that fans already know.

“I see a lot of speculation about the hooded woman being a familiar character, but couldn’t she just as easily be someone new?” user u/PaleozoicChicken wrote in another post. “Perhaps someone Luke has met…”

To recap, Sabine was a part of the crew on Ghost, a Rebel ship working with the Rebellion. Padawan Ezra Bridger, Master Kanan Jarrus, and Hera were among a few on that ship, and the leads of Star Wars Rebels. In Season 4, Ezra goes missing through hyperspace. Sabine is deadset on finding him in the Epilogue, and Ahsoka Tano returns to aid in that quest.

Ahsoka, who is a fan-favorite from Star Wars: The Clone War and Anakin Skywalker’s former Padawan, has spent decades as a Rebel spy by this point. She created and used the name Fulcrum, and even though she continued to use lightsabers and the Force, she did not consider herself a Jedi anymore.

However, many have speculated that Ahsoka and Sabine could come in contact with Baby Yoda because she’s the closest thing there is to a Jedi. And she’s definitely one of the most powerful, regardless of titles. She also personally knew Master Yoda and could provide information.

Not to mention, Moff Gideon has the Darksaber, which belongs to Sabine. She might know that he has it, leading her to want to speak with Mando who has first-hand, recent experience with him.

Again, these are all speculations. But with the leak/rumor that Rosario Dawson is playing the live-action version of her, it makes sense if Sabine is there as well.