The Mandalorian is one of the hottest Star Wars-related properties. With the second season streaming on Disney+ and fans united in their excitement for each new episode, it seems the series has become just the thing to heal the divided fan base.

Featuring a mix of new and familiar characters, The Mandalorian is a show shrouded in mystery. Though fans don’t yet know the outcome of the series, one big question was answered in a recent episode of The Mandalorian: the identity of the character known as “The Child.”

What is ‘The Mandalorian’ about? 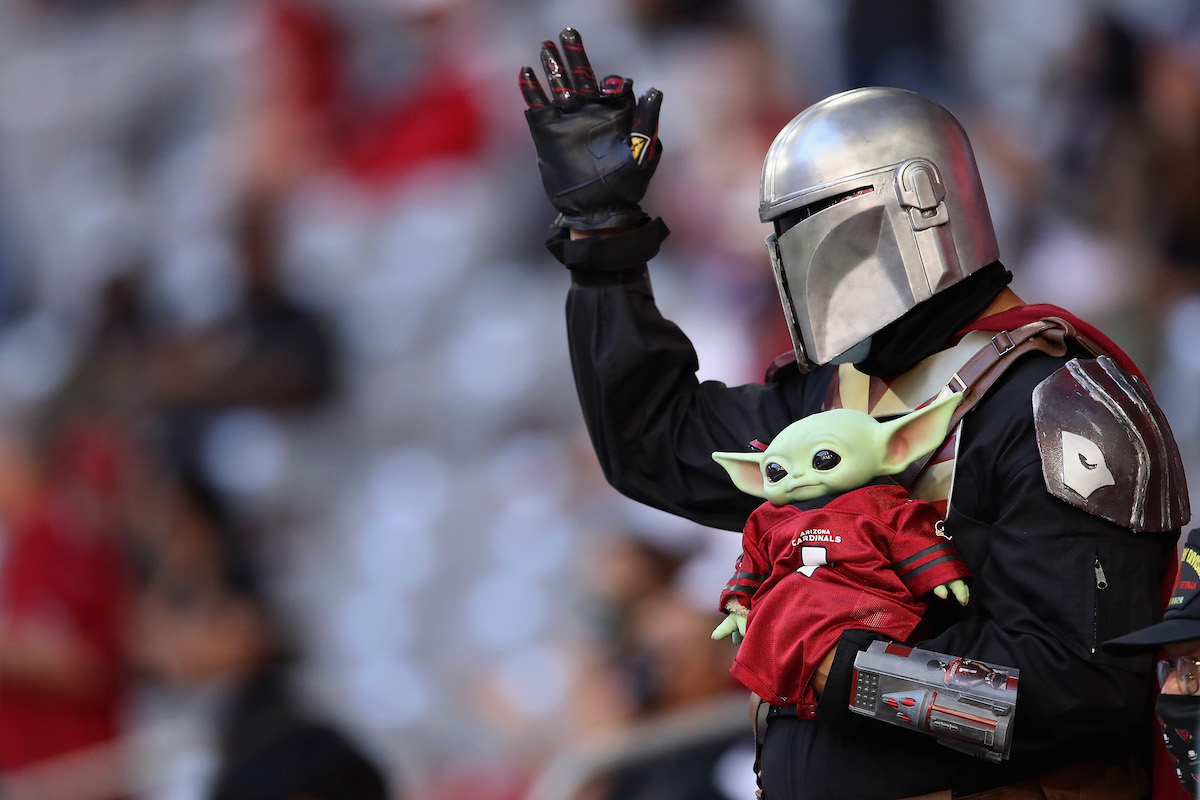 The Mandalorian premiered on Disney+ in late 2019 and caused a stir right away. The show, which features homages to classic Western movie tropes, centers on a lone Mandalorian warrior — who never reveals his face to anyone he meets. Early on in the series, the character who becomes known as “Mando” encounters a little creature who seems to be hotly pursued by several high-powered evildoers.

Determined to protect “The Child,” Mando embarks on a quest to keep the young one safe and return him to where he belongs. The series, the brainchild of Star Wars enthusiast Jon Favreau, has been praised by critics and fans for the way that it enhances the Star Wars universe, creating a sense of realism that harks back to the early days of the franchise.

Far and away, the breakout star of The Mandalorian is the adorable, big-eyed creature called “The Child.” But while the cute little one was referred to as The Child in the series, viewers quickly dubbed him “Baby Yoda.” Of course, Yoda is one of the most famous of all Star Wars characters, a Jedi master who lived to be hundreds of years old.

For many viewers, it made sense to call The Child by the descriptive moniker Baby Yoda because he looked like a baby version of the Jedi master. Additionally, Yoda’s species is shrouded in mystery, with no one knowing what the alien species is actually called. Still, hardcore Star Wars fans have been vocal about their dislike of the name “Baby Yoda,” with publications such as Cosmopolitan even claiming the nickname is misleading because The Child is in no way related to Yoda — at least, not as far as viewers know.

What is The Child’s real name?

In Chapter 13 of The Mandalorian, The Child’s backstory and real name were finally revealed, Yahoo! Entertainment reported. Viewers learned the infant had been trained as a Jedi before the order was disbanded around the time of the Clone Wars. The Child, whose name is revealed as Grogu, spent years in hiding before encountering Mando. The episode also featured Ahsoka Tano, a longtime fan favorite, interacting with Grogu and ultimately deciding the infant should stay with Mando while the little green one’s destiny remains uncertain.

Though a few major questions were answered about Grogu, some fans were less than thrilled with the name choice. They took to Twitter to call the name “ugly,” Decider reported. Still, the idea that the creature who has caused such a stir in the fandom will be around for at least a few more episodes definitely is good news for viewers. And in future episodes, fans are likely to learn even more about the character, as well as the identity of the mysterious Jedi who might eventually train him.

Stay tuned to Showbiz Cheat Sheet for all the latest entertainment news!