When The Bachelor Presents: Listen to Your Heart was announced back in January as a spin-off to The Bachelor franchise, I was among those who thought a show about 20 single men and women trying to find love through music was a bad idea. We already have American Idol and Bachelor in Paradise. Why did we need a mash-up of both? Plus, The Bachelor in particular hasn't had the best success with musicians—memories of Wes Hayden, Luke Pell, and Jed Wyatt are still too fresh in my mind.

But then the coronavirus pandemic happened. While we all have more pressing concerns these days, it is comforting to have a favorite franchise to help escape. Sadly, it will be some time before we see Clare Crawley's journey begin on The Bachelorette, or Hannah Ann continue to drag Peter on Bachelor in Paradise.

So our last hope—for now—is Listen to Your Heart. Which is how I found myself finally ready to like—hell, love—it in order to fill that Bachelorette-sized hole in my reality-filled heart. When ABC sent out the first episode to press a few days ago (later than usual because, according to host Chris Harrison, "It's been wild trying to get this ready for network air. We had to move the editing process offsite, and I've been doing voiceovers from my closet."), I was craving it the same way I am hungry for a trip to my favorite restaurant.

The good news: The show is actually quite addictive. It takes a bit of time to keep the various cast members straight, and the comparison to A Star is Born might make my colleague Chris Rosa's head explode. But once you dig in, you realize it's basically like Bachelor in Paradise without the beach. It's the same tone you've come to expect from Bachelor shows, with staples like cheesy date cards, sob-stories, and hot tubs ever present. I can't wait to see what happens next.

Even Harrison—who sounded a bit skeptical himself at first—is genuinely excited. "Immediately after watching the first episode, I realized this concept works," he says. "You are going to be entrenched in [people like] Jamie and Trevor and Chris and Savannah. They're going to become a part of our Bachelor family that we'll all be talking about."

Harrison is right. The cast is fascinating to watch and made for television. There's Sheridan, 27, who looks like a cross between Bo Bice from Idol fame and Jason Mamoa with his long, curly hair. He has a car named Sheila, so naturally he's looking "for a co-pilot for her." There's Jamie, 21, a hostess who says every guy she's ever dated has cheated on her, and it's her dream to have Mr. Perfect write her a love song. (If only it were that easy.) If the show wasn't so set on forming romantic connections, I'd love to see what kind of music Jamie and Rudi, 24, a studio vocalist, could come up with. Much like Jamie's frustrations with men, Rudi says she's already dated most of the guys in LA and is exhausted. "Where are all the good ones?" she complains to Harrison. "I'm 24, I'm so fucking ready." 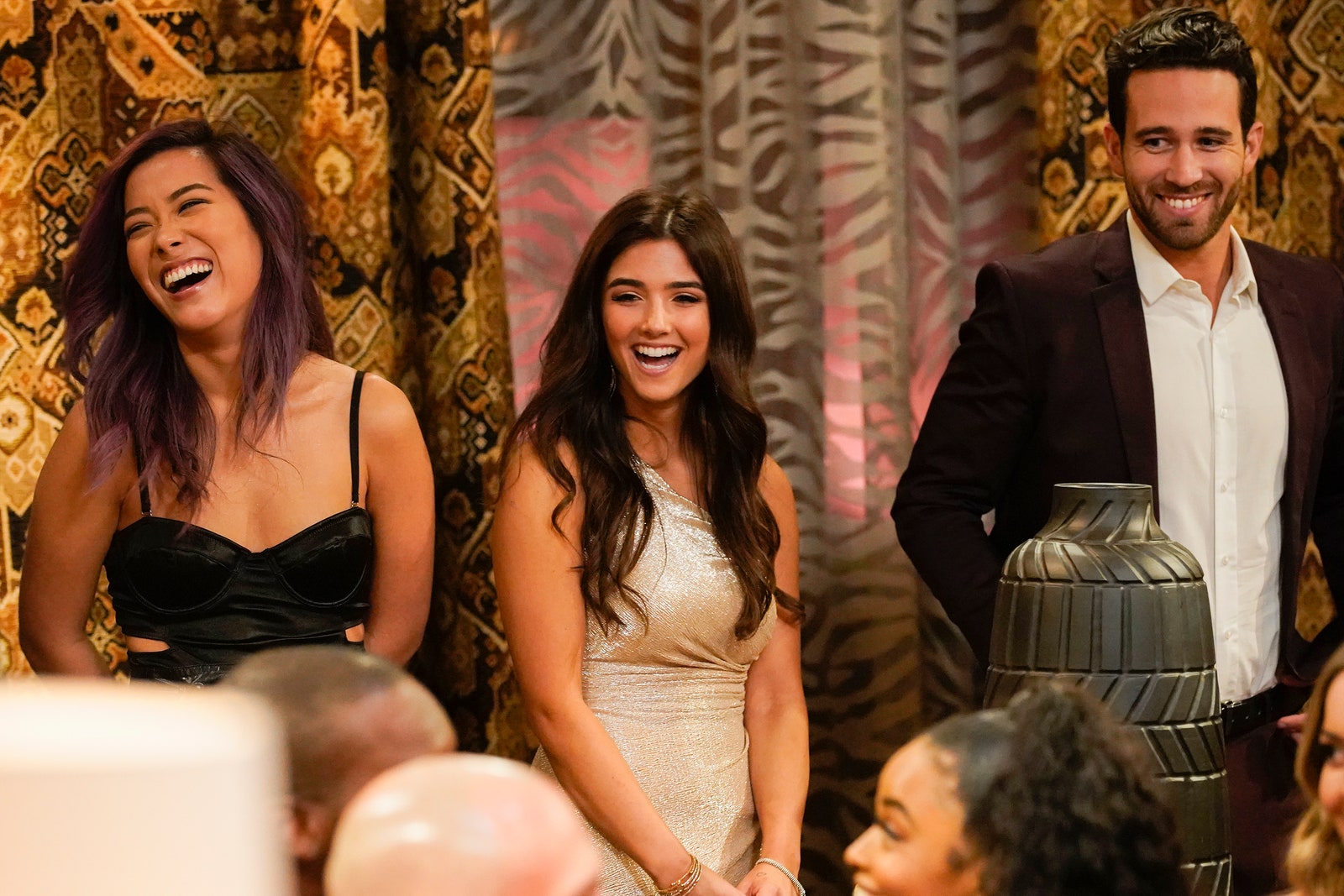 (From left to right: Mel, Jamie and Trevor)

Then there's Trevor Holmes, 29, a social media marketing guy who Katy Perry declared "so hot" when he auditioned for Idol a couple years ago. He currently wants someone other than his dog to be loyal and committed to him. From the looks of episode one, that won't be a problem.

Ironically, a problem in past Bachelor seasons has been the number of contestants looking for fame—or Instagram sponsorships—and our frustration that they really aren't there for love. With Listen to Your Heart, these contestants don't have to hide their ambition. They all want some level of fame and success their everyday lives haven't yet afforded them. So in order to do that, they have to fall in love—and prove they have the music chops to make a connection.

"If you're not part of a committed couple, you're going home," Harrison says. "The ultimate challenge…it's not just to become a music star or to find love…it's to get it all." 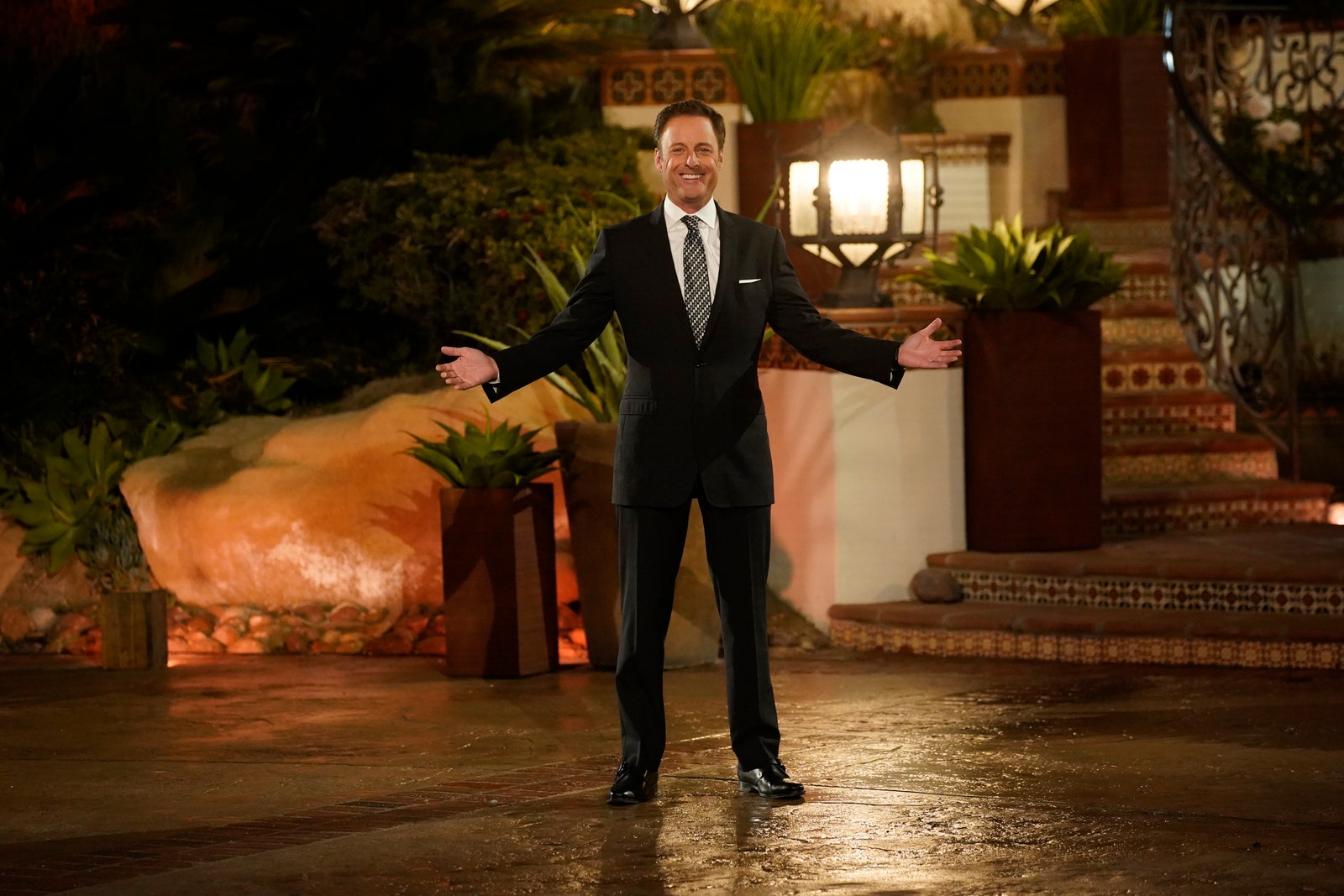 While music is the common denominator, love—and drama—is still front and center. Whether any of these contestants come out of the show with mainstream success is beside the point, and the producers know it. They just want to entertain.

"The great thing about [the show premiering now is] that there is a silver lining to this horrific situation," Harrison says. "There is this desire for not just content but also community. And I think Listen to Your Heart is just going to be an extension of that community. We want to talk about it on social media and have that escapism that we all love The Bachelor and Bachelorette for."

The Bachelor Presents: Listen to Your Heart premieres Monday, April 13 on ABC.