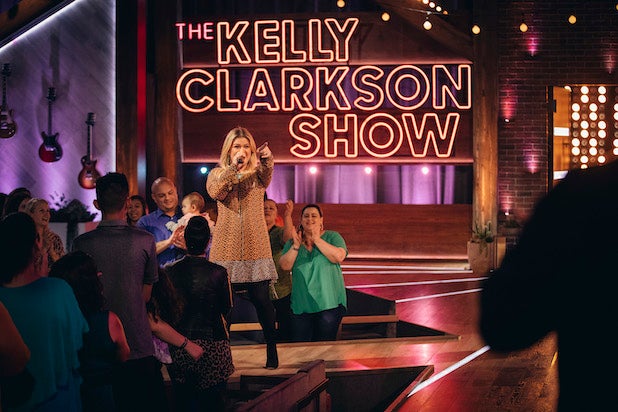 NBCUniversal has picked up two more seasons of “The Kelly Clarkson Show,” the company announced Tuesday.

The renewal will keep the hit syndicated talk show on the air through 2023.

“One ray of sunshine in this wildly unpredictable year is that we get to continue to deliver to stations and fans a show that brings people together,” said Tracie Wilson, executive vice president of NBCU Syndication Studios. “This wouldn’t be possible without the heart and humor of the talented and dedicated Kelly Clarkson and our production team, led by the incomparable Alex Duda, both of whom are masters of storytelling. It’s easy to see why Emmy voters, critics and viewers have become such loyal fans of the show.”

The “American Idol” alum’s show debuted last year as the highest-rated new talk show in seven years. The show currently airs in 100% of the country on more than 200 stations, and the upcoming third and fourth seasons are currently sold in 75% of the U.S.

The first season averaged 1.6 million viewers and skewed the youngest among the top four daytime shows. Season 2, which saw Clarkson return to the show’s Universal set after a run of at-home episodes during the pandemic, began airing in September.

“‘The Kelly Clarkson Show’ is one of the most optimistic success stories in first-run syndication,” said Valari Staab, president of NBCUniversal Owned Television Stations. “Kelly is a beloved performer and host with deep roots at NBC and we are delighted to have her continue to be a very important and treasured part of our stations’ programming.”

“The Kelly Clarkson Show” is produced and distributed by NBCUniversal Domestic Television Distribution. Alex Duda is executive producer and showrunner on the series, with Clarkson and Brandon Blackstock also executive producing.