Depressing dystopian drama The Handmaid’s Tale is finally back on screens after production on season four was put on hold by the coronavirus pandemic. After devouring the first three episodes of the new instalment on Hulu, fans have predicted a dark outcome for Gilead elite, Serena Joy Waterford (played by Yvonne Strahovski).

Showrunner Bruce Miller has opened up about the fate of the Waterfords following the exhilarating three episode premiere of The Handmaid’s Tale season four.

Nearly two years after the start of the previous season, June Osborne (Elisabeth Moss) finally returned to reignite the fight against Gilead.

Unfortunately, the highly satisfying triple bill remained true to the show’s bleak roots, and episode four will see June try to recoup after the loss of Alma (Nina Kiri) and Brianna (Bahia Watson). 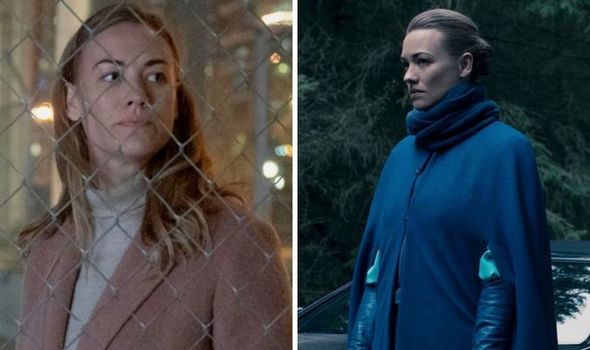 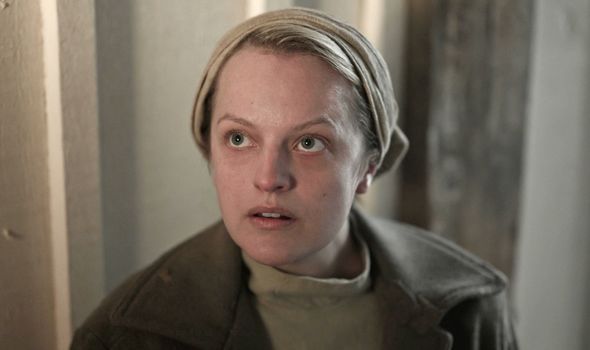 Her condition came as a shock to Serena and fans alike as she was previously assumed to be among one of the millions of women rendered infertile by the pandemic that kicked off the events of the series.

Under normal circumstances, a new child of one of Gilead’s highest ranking officials could be the best possible outcome, as it would prove their patriarchal regime was actually working.

However, Serena’s pregnancy could have devastating repercussions for the wife of Commander Fred Waterford (Joseph Fiennes) after the husband and wife were detained in Canada for their crimes against June and countless other Handmaids.

With season four set to finally give the Waterfords what’s coming to them, fans are convinced Gilead won’t let Serena raise her own child. 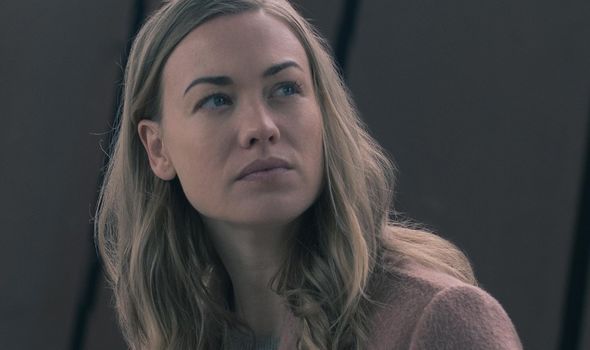 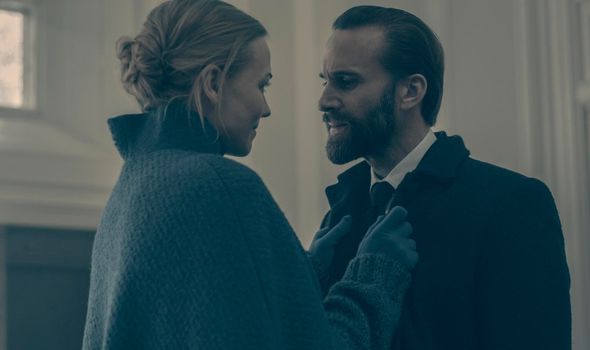 One fan speculated on Reddit: “I suppose this makes me a somewhat vengeful person, but I can’t help feeling gleeful at the thought of Serena having her baby taken away.

The series certainly takes a more complex approach to its heroes and villains, but most viewers agree Serena still deserves to be punished for her actions throughout the first season.

Another viewer concurred and added: “I feel the same way. Serena is a monster and needs to be held accountable.”

Many fans have been praying for Serena’s comeuppance since the very first season of The Handmaid’s Tale.

Much like Margaret Atwood’s original novel, Serena’s position as an undermined Commander’s wife doesn’t stop her from constantly making June’s life miserable as their subjugated Handmaid.

As the new episodes rolled out on Hulu, the series’ creator Bruce Miller all but confirmed these theories as he suggested the Waterfords are in for a major shock as season four continues.

He told Variety: “Yvonne’s an incredible actress and it’s something I was absolutely fascinated to see that character go through.

Gilead will undoubtedly have a say over the future of the Waterfords’ child, though Miller’s comments also indicated Serena could have her role as the baby’s mother completely stripped away.

He then teased: “She clearly doesn’t deserve to be happy, but maybe there’s a world where she deserves to have a child and have it be taken away from her.”

Serena losing her baby may just be a temporary loss, but fans can rest easy knowing that Commander Waterford’s cruel and sadistic wife has some form of retribution coming her way.

The Handmaid’s Tale season 4 continues Wednesday, May 5 on Hulu.