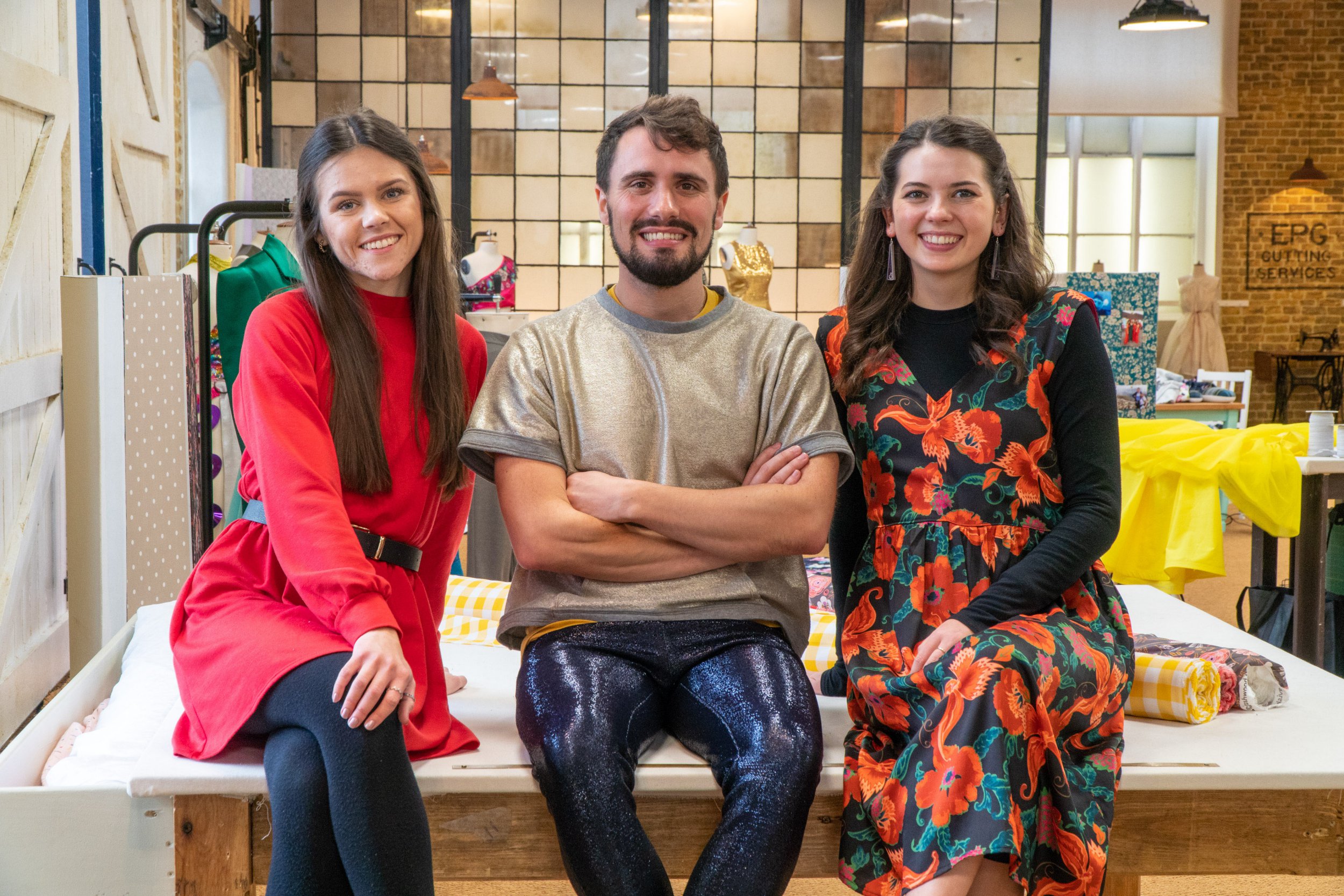 Serena Baker has been crowned the winner of The Great British Sewing Bee 2021, seeing off fierce competition from runners-up Raph and Rebecca.

The finalist, who was 21 at the time of filming, burst into tears as she was handed the trophy with her mum and the former contestants watching on on Zoom.

She said of her win: ‘That’s mental! When they said my name I was like is this real? It feels like a dream.

‘I’ve made things that I never thought I would be able to make, I’ve learned things about myself, the whole thing has just been life-changing basically. It’s just been amazing.’

The new champ – the youngest person ever to win the show – added: ‘I hope it inspires younger people to get into sewing.’

In the pattern challenge, the trio had to put together a bridesmaid’s dress (a symbol of ‘being subservient to the patriarchy’ Joe Lycett joked) for a child, that had to include a sash.

The transformation challenge continued the celebratory theme as the sewers had to come up with something festival-ready – for when we are allowed to go to festivals of course – out of household items like cushions and curtains.

Serena’s sparkly halter-top and shimmering skirt got a seal of approval from the judges, who said they could see the wearer ‘surfing across the crowd’.

Rebecca’s dress was described as ‘understated but impactful’ and Raph’s blue sequinned top and matching headband with bag and shorts were ‘fetching’.

It was Raph who triumphed the challenge – for the first time – with Esme calling it ‘fabulous’ and ‘so fun’.

Each finalist picked a friend to become their model for the last transformation challenge, with each pal isolating for a week beforehand to be Covid-19 safe, and Serena broke down in tears at seeing a familiar face.

The sewers were tasked with creating an off-the-shoulder evening gown that could be worn to a black tie event or on a red carpet.

Serena’s stunning yellow gown was highly praised by Patrick, who said: ‘I love it. it looks simple but I love it.’ He also noted that it was ‘neatly constructed’ with a ‘very professional looking finish’.

Judge Esme had some wonderful words for Serena in the final, telling her: ‘I have this thing about really, really, really talented sewers. What I always say is they have fairy dust that they throw over the garment and it doesn’t even look like it’s been touched by a human hand. And that’s what your sewing is like.’ High praise indeed.

The Great British Sewing Bee is available to watch on BBC iPlayer.