Helena, 54, has been Olivia’s, 46, right-hand woman on The Crown, with the latter playing Queen Elizabeth II in the Netflix period drama. Both women have been playing younger incarnations of the Royal Family members, particularly during the years of the 1960s and 1970s. Season three depicted the monarch’s reaction to the devastating Aberfan disaster and it was for this reason the former Harry Potter actress made her co-star cry on the set of the popular web series.

Speaking with Express.co.uk and other press ahead of the Virgin Media BAFTA Television Awards 2020, Helena revealed what it was like working with Olivia on their first day.

It was rather emotional as the actress explained: “My very first scene with Olivia sticks out. I had to tell this whole story of a really horrendous tragedy, of Aberfan.

“And Olivia is extraordinary. She’s about the most empathetic individual I know. Lakes of tears inside her.

“She can’t not cry,” the Princess Margaret star stated, and it was her performance which opened her co-star’s flood gates once more.

“So she couldn’t listen to me making the speech without crying and the whole point is that she’s playing the Queen, who finds it difficult to express emotion.” 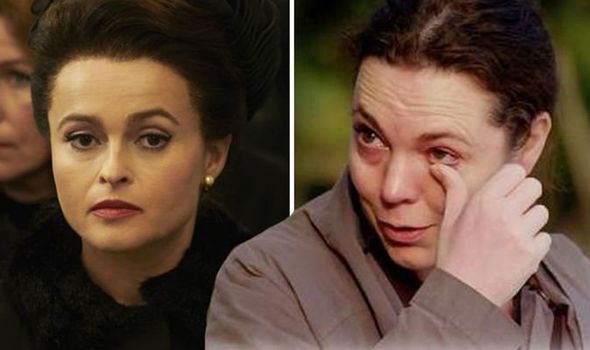 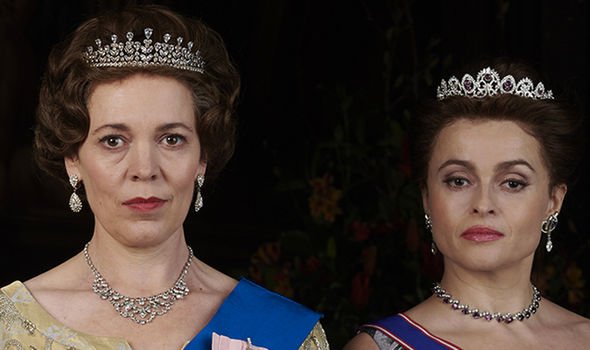 This caused a huge problem for directors as the actress added: “So they thought, ‘Oh God, what are we going to do?’

“So they stuck these little earplugs in her. So she wasn’t acting with me at all. She’d just look at me whenever I stopped speaking and she’d be like, ‘Huh?’

“This is what it’s like working with the great Colman. It was hilarious,” Helena said as she concluded her story about making her co-star cry.

After her final outing as Princess Margaret, Helena will be replaced in the role as another British actress steps in the late royal’s shows. 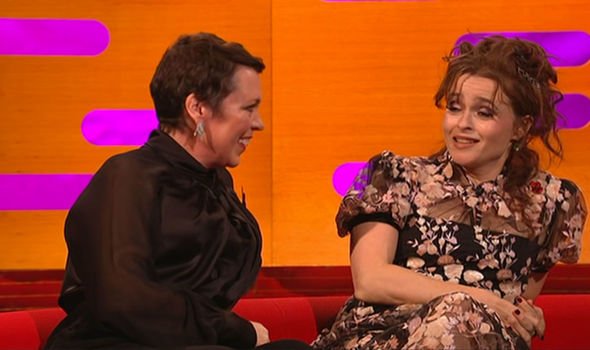 Lesley Manville, 64, infamous for roles on film, television and stage, will be playing the Queen’s sister in seasons five and six.

Reflecting on her own departure from playing the character and her replacement, Helena said: “It’s like handing a baton, it’s like this race that we’re all running.

“Vanessa Kirby was incredibly enthusiastic and kind and generous and gave me lots of tips,” she added of her own predecessor.

“I said: ‘Help! How do I do this?’ Because you can get a bit overwhelmed by all the research. And you know it’s conspicuous.”

“You know people are going to watch it, which is a great gift. Lesley, I feel like I should hand her the cigarette holder that I used, as a baton.

“She’s going to have a great time with [Margaret], and I’m so chuffed it’s her, and she’s a great actress, and she’ll have great fun,” Helena concluded.

It was only last month the fourth season of the Netflix period drama was confirmed to be streaming from November, just months after the release of the third outing.

The upcoming episodes will introduce Emma Corrin, 24, as a young Princess Diana of Wales and her marriage to Prince Charles (Josh O’Connor).

Can’t see this Brexit poll? Click here to open in your browser

Fans were rather jubilant they were going to be able to watch the fourth season so soon, with one writing on Twitter: “Hope this reaches the heights of first two seasons, third was a bit let down.”

A second added: “I have a feeling that @GillianA is going to epic as Mrs Thatcher,” whilst a third commented: “Ahhhh goosebumps! Margaret and Diana!!! I cannot wait.”

“If it’s already been filmed why the f*** do we have to wait,” a fourth exclaimed in excitement.

The Crown season four will be available to stream on Netflix from November 15, 2020.