The Chase host Bradley Walsh welcomed Rozie, Annie, Kaan and Paul to the ITV quiz show this evening as they all hoped to win big. Fortunately, it appeared Mark ‘The Beast’ Labbett wasn’t having a good day as all four contestants made it to the Final Chase in the hope of winning a share of £16,000.

Rozie was first up to the podium this evening and managed to bag £7,000 in the cash builder round.

Despite the chance to take a higher offer from Mark, she opted to stick with the £7,000 and safely made it back to her teammates.

Annie followed her and managed to accrue £8,000 in the cash builder round.

She too decided to stick with the amount she’d won so she could get back to the team for the Final Chase. 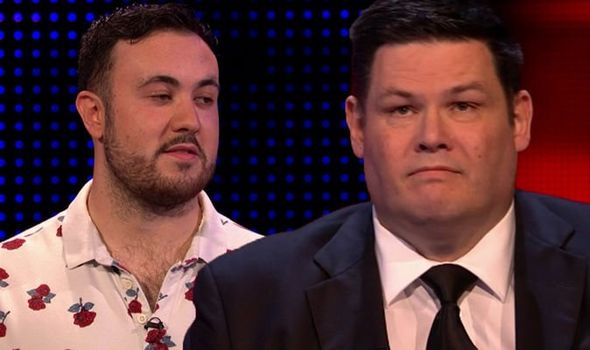 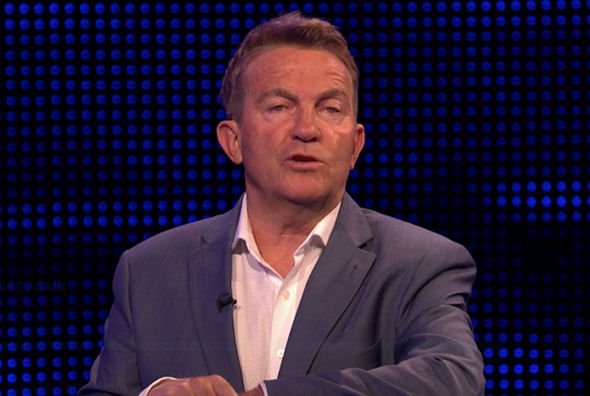 Kaan added an extra £5,000 to the jackpot prize and also made it back to the team.

Nevertheless, the team tried as hard as they could in the Final Chase and managed to answer 13 questions meaning the chaser had to answer 17 correctly, to catch up with them. 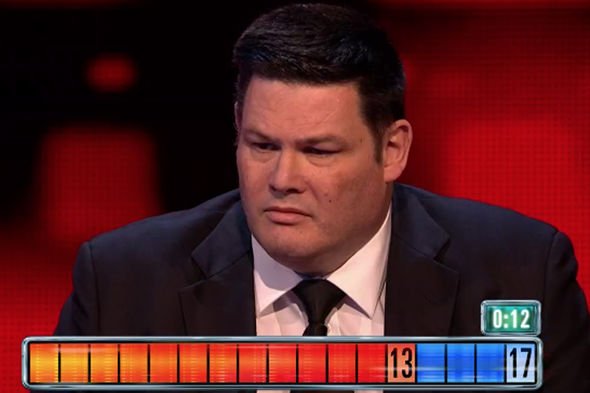 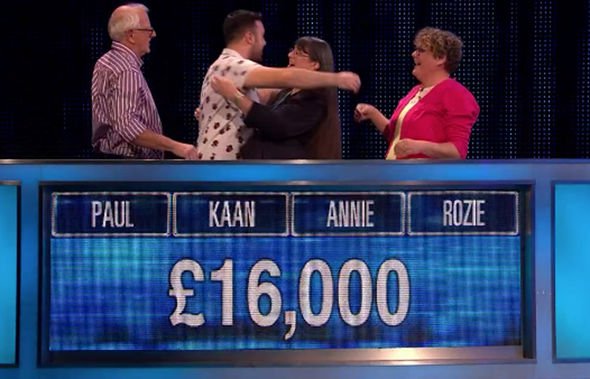 It seemed the team might have been out of luck as the Beast raced after them.

However, he made a costly mistake when he answered one question about chemistry incorrectly giving the team the confidence they needed to execute some push backs and get back in the game.

The Beast was asked: “Which chemist first used electrolysis to isolate potassium?””

He answered, “Faraday” which was incorrect and the players got the chance to answer instead.

After a short discussion, they guessed “Priestly” which was wrong too.

Mark was clearly very angry with his mistake and called himself an “idiot” before play resumed.

Unfortunately, he was unable to get back on track and the players won a share of £16,000.

“Bad day at the office Mark #TheChase,” one viewer remarked.

Another added: “Woah. I’m shocked that Mark didn’t catch them. Not his finest hour. #thechase.”

A third posted: “#TheChase They were very lucky indeed. The Beast will not be happy.”