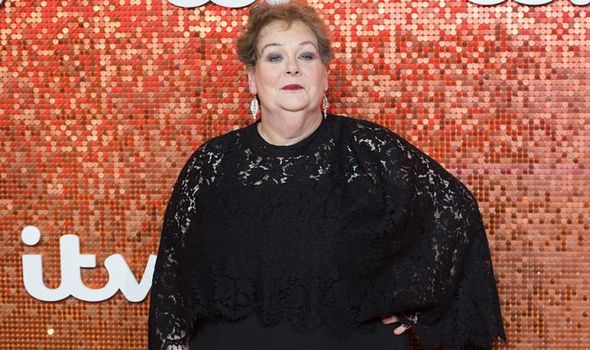 Anne Hegerty was looking back at her diary for January 2020 with a list as long as her arm of meetings, filming schedules and commitments and, appropriately, as one of Britain’s most famous quizzers, asked herself a question: “How did I manage? How did I do all that and not have a breakdown?” The blunt answer, Anne now admits, is that she didn’t, revealing today that she was saved by the lockdown.

“By the time lockdown came in, I was so burnt out, I’d had something like three colds in the space of five months because I was rushing around from place to place and suddenly having sobbing fits in the car,” says Anne. “I really was, because there was just so much on my plate, there were so many things I was planning on.

“I look now at my diary for the beginning of last year and I think, ‘Well, you kind of were about to have a breakdown’.”

Happily, the London-born star is back to her best and hosting Britain’s Brightest Celebrity Family, in which eight famous families battle to win £25,000 for charity.

At 62, she has dominated the nation’s favourite early evening quiz shows for years.

She has been the fearsome “Governess” on hit quiz The Chase since 2010 and went solo in 2018, hosting ITV’s Britain’s Brightest Family, the celebrity version of which is now in its second series.

Next week she flies Down Under to film episodes of The Chase Australia for eight weeks. 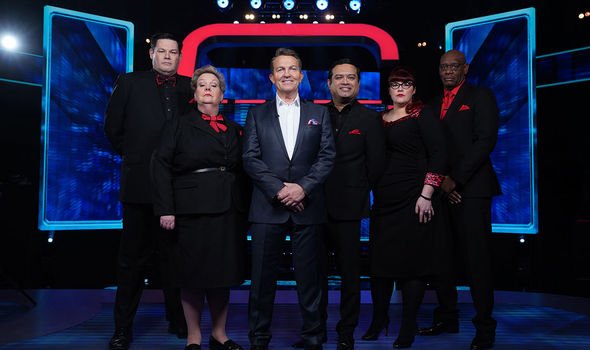 So is she worried she will slip back into pre-pandemic bad habits?

“What I have learnt most about the past year was that I absolutely do love having loads of free time,” Anne says.

“Obviously there are some things I love doing, like Britain’s Brightest Family which is recorded in Manchester. I am absolutely fine with driving back to Manchester and sleeping in my own bed. I haven’t slept in a bed that wasn’t my own since January 7 last year and, honestly, that’s brilliant.

“So whereas everyone else has suffered in lockdown, I’ve had a great time. I had money in the bank. And I knew there would be work to go back to. And I really like having tonnes of unfilled free time. Plus I love my own company. I love my solitude.”

Anne, who also rents a home outside London, believes she reached breaking point because she didn’t want to turn down work and disappoint people.

“It was sometimes saying ‘No’ and then being talked into things, and later thinking, ‘I remember why I said no, so why did I let myself get talked into this?’ And things kind of grew and grew; doing things that didn’t suit me and doing lots of travelling. It’s been brilliant not to go anywhere.

“Even now, when I do have to travel, I can say to people, for safety purposes, wouldn’t it be better if I drove myself rather than being sent a car? I’d rather be the one in control of when I leave and where I’m going.”

Today, looking at this assured and happy woman, it is hard to imagine that at one point she was crippled with debt and needed food vouchers to survive. Anne revealed on Loose Women that she had been diagnosed with Asperger syndrome, a high-functioning form of autism, in 2005 and struggling with the condition had left her with financial problems.

At rock bottom, she worked as a freelance copywriter, earning little money and relying on vouchers to buy basic food.

Her life was turned around with the assistance of a social worker, who helped her get her finances together, and got her an audition for The Chase. A passionate hobby quizzer, Anne was on the circuit and appeared on Brain Of Britain and Mastermind, with songwriter Lorenz Hart as her specialist subject. As one of the world’s highest ranked female quizzers, it has been especially rewarding to have transformed her passion into a career.

Happy in her own company, Anne was forced out of her comfort zone for I’m A Celebrity in 2018. She considered quitting on her first night but was persuaded to stay by campmates Emily Atack, John Barrowman and Harry Redknapp.

“I remember when we were going into the jungle, Nick [Knowles] saying, ‘Our two biggest problems are going to be hunger and boredom’. I thought, ‘Hunger, yes, but I don’t think boredom will be an issue with me’, and it wasn’t.

“I’m the sort of person who can quite happily stare at a eucalyptus tree for hours on end, so although I haven’t been staring at eucalyptus trees [in lockdown], I have been sorting out paperwork and things.” In the end, she finished seventh on I’m A Celeb and is still in touch with her campmates.

“We’ve got a WhatsApp group,” she smiles. “I’m so lucky, I was just in a really nice year where everyone was just so lovely and supportive and we all bonded.” Refreshingly frank about her looks, she believes Britain has finally accepted that viewers don’t want to see perfect women on screen but thinks America is years behind.

“I know that if they ever want British Chasers to go on The Chase USA that they wouldn’t pick me. Let’s face it, they just wouldn’t. No one woman who looks like me is on prime time TV. They are obsessed with looks and thinness. At least older women are visible on British prime time TV.”

Unlike fellow Chaser Mark “The Beast” Labbett, who from 2003 to last year lost 10st, Anne’s weight remains the same – for which she is unapologetic.

“I haven’t even made an attempt to lose any weight – I’m pretty sure I put it on actually. Hasn’t he done well with his weight loss? He’s probably my closest friend on the show, he constantly calls me if he’s driving. He gets irritated now, because they’re still joking about him being fat!”

“We get some really good ones on the show. I was star struck when I met Craig Charles because I’m a Red Dwarf fan from h k l hI decades ago. Anyone who makes me laugh, Iam awed by. Some are impressive quizzers. Certainly the comedian Joe Pasquale and his “Ifamily, and [ex-EastEnder] Shaun Williamson, who is an actual quizzer and a lovely bloke.

When it comes to relationships, single Anne believes her autism is a hindrance.

“I really can’t hold down relationships.

I’ve tried. It’s not so much that I’m not interested but it’s just I know I can’t really sustain them. I just can’t bear that level of emotional intimacy for a sustained period. And I can’t live with them. I’m fine with it.

“Everyone else thinks it’s sort of sad, and pathetic and lonely but I love being alone.A lot of people misunderstand it. They think I’m on my own, therefore I have to be lonely. I’m not,” says Anne.

She will film another series of Beat The Chasers in the summer and more episodes of The Chase and The Celebrity Chase when she returns from Australia.

“So my two-week quarantine in Australia and when I get back is going to be nice. I can absolutely think of loads of stuff I can do to fill up those weeks,” she says laughing. “But I may well just sit around and watch telly.”

Anne hopes lockdown has turned us into a nation of quizzers and raised the bar.

“Everyone has been doing Zoom quizzes – it’s fantastic,” she adds. “I know all the big names in quizzing and we do need more on The Chase. I’d love that if there were more competitors.”