Bradley Walsh was joined by four The Chase contestants and Shaun Wallace as the team tried their best to outsmart the Chaser. However, when the team’s fourth and final hope of earning a spot in the final was defeated, Shaun hit out at the ITV presenter for suggesting he should have “taken a dive”.

When Mark went up against Shaun, all three of his teammates had already been defeated.

In a one question shoot-out, Mark’s chances of making it through to the final depended on Shaun answering the question wrong.

The options were Falabella, Shetland and New Forest with Mark incorrectly choosing the second option. 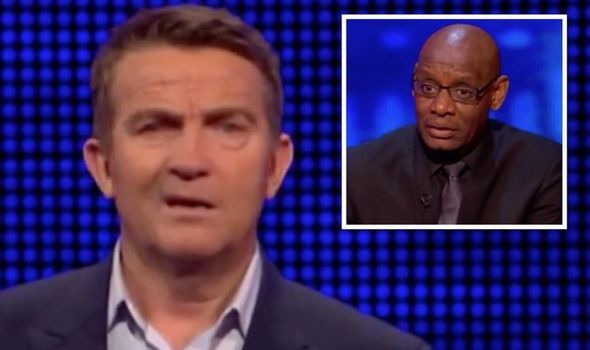 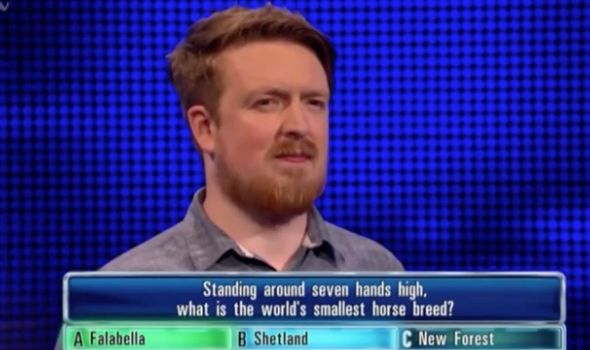 Shaun answered correctly with Falabella, ending the last player’s hopes of earning a spot in the final.

“Falabella,” Bradley said. “I thought that was chewy sweets.”

“You’ve taken out my last player,” Bradley quipped. “What’s up with you?” 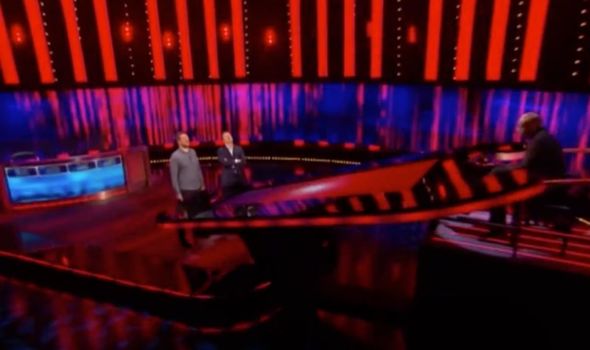 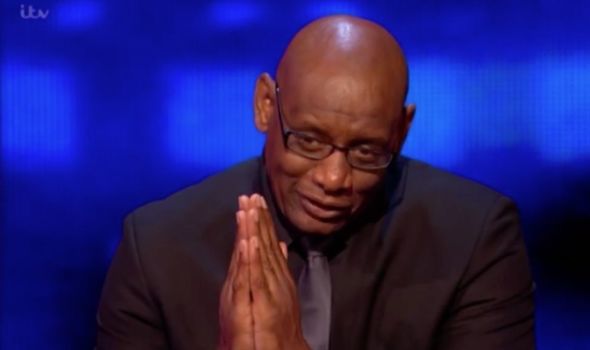 “Couldn’t you have just let one through?”

“They can come back,” Shaun reasoned.

“Well listen I’ll say goodbye to you now but you’ll be back,” the host remarked before adding: “Right now for you, The Chase is over.”

Once Mark had walked off set, Bradley repeated: “What’s wrong with you?”

“Nothing, just doing my job,” the Chaser replied.

“Couldn’t you have let one through,” Bradley insisted.

When Shaun declined, the host asked: “Couldn’t you have taken a dive in the last round?”

The Chaser was horrified by the suggestion and blasted the presenter.

Bradley added: “To be fair, the Chaser is in fantastic form the entire team has gone.

“But they do have one last chance to resurrect something from their game.”