The Bachelor franchise is airing a shorter-clips version of Kaitlyn Bristowe’s season of The Bachelorette on June 15, 2020. Chris Harrison will provide updates and chat with Bristowe and other contestants to see where they are now. Fans who watched the season when it aired know that it did end in a proposal by Shawn Booth.

However, Booth and Bristowe split after a three-year engagement. Fans think if they were still together today, there would be another tough conversation happening in their house. 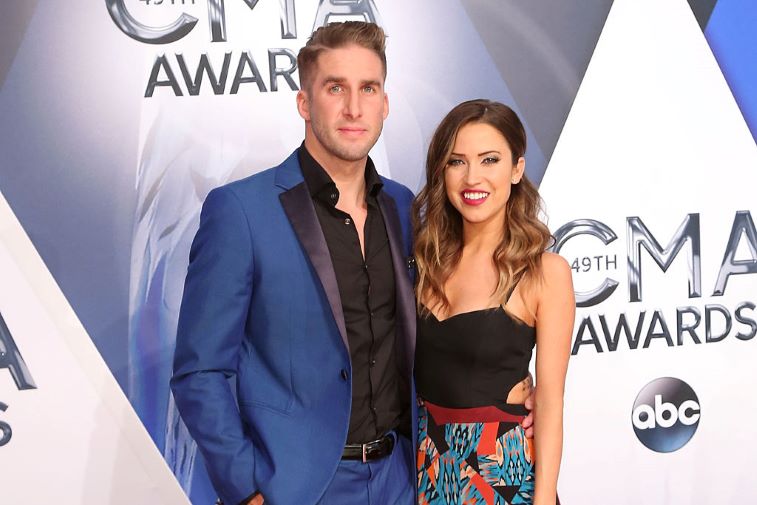 The former Bachelorette, Bristowe, is speaking out on Instagram about racial injustice following the unjust killings of Ahmad Abrey, Breonna Taylor, George Floyd, and many others.

“This is a forever movement,” Bristowe wrote in a caption on Instagram. “A life-changing time. Don’t just shout all lives matter. Look into WHY that is wrong. Read an analogy as to how dismissive that is.”

I’ve been on social media for one reason. To grow, listen, and educate myself. I’ve learned a lot and I’ll be sharing as I continue to evolve. I don’t want a cookie, a pat on the back, or a “good for you”. Its more, “shame on me”. Shame on me for it taking this long. All I want is for people to do the same and keep your foot on the gas.. Dont just read a book post a quote. This is a forever movement. A life changing time. Don’t just shout all lives matter. Look into WHY that is wrong. Read analogy’s as to how dismissive that is. I understand that maybe some people’s intentions by saying “All Lives Matter" sounds like a we're-all-in-this-together statement. Some may be using the phrase to suggest that all races should join hands and stand together against racism, which is a sentiment that comes from a good place. But the problem is, the phrase actually takes the focus away from those who need it. Saying "All Lives Matter" redirects the attention from Black lives, who are the ones in peril. Like @taymocha told me. This isn’t rocket science. Don’t be afraid to say the wrong thing. Be afraid to say nothing. I’ve been talking to my sister and my white friends about how we need to step the fuck up. Talk to your white friends and family and hold them accountable, ask them what THEY have learned. Call them out. Do not go to your black friends and ask them what you can do. This is your responsibility. Put your intentions into action. #BlackLivesMatter

Bristowe also shared a very detailed post about “How to be actively anti-racist.” She explained various times that she is learning and growing and hopes others will do the same.

“Talk to your white friends and family and hold them accountable, ask them what THEY have learned,” Bristowe continued. “Call them out. Do not go to your black friends and ask them what you can do. This is your responsibility. Put your intentions into action.”

Booth posted a series of photos of police officers demonstrating peacefully alongside protesters. In his caption, he did state that he stands with the Black Lives Matter movement right now. However, he also included a lengthy part about how thankful he is for the good police officers.

“Thank you to the good, fair, and hard-working people in law enforcement who believe in their duty to actually protect & serve the community,” Booth wrote.

This is some powerful stuff right here. It’s tough not to see a little hope, progress, compassion, and some level of understanding when looking at these. Hopefully we see more and more of this. Beyond this week & far beyond this incredible movement that’s going on. . Black lives matter. More than anyone else right now. I stand with & support you guys ✊🏼 Shout out to all the peaceful protesters and the ones who are actually making positive change happen. The education and awareness raised on social media this past week has been insane & life changing for many. Let’s hope we are all being sincere on IG & doing stuff starting in our own communities.. . Thank you to the good, fair, and hard working people in law enforcement who believe in their duty to actually protect & serve the community. There is no place for racism of any kind in policing – and I know that most cops feel the same. It’s more than disgusting & it’s an absolute shame when cops act in such a manner that tarnishes those who operate w/ integrity. . I will never understand, but I will continue to educate myself, do my part, & encourage those around me to do so as well. TEAM ON 3! 👊🏻👊🏼👊🏽👊🏿 . 📸: I apologize I don’t know who took these shots. If you know, please tag them below..

Fans began commenting about the connotations of his post immediately. Several pointed out that many of the photos were taken before police officers began spraying pepper or tear gas into the crowds of protesters.

“If most of them were good, people wouldn’t be protesting in all 50 states,” another Instagram user wrote. “I want to see this kindness from cops on a daily basis. Not just when they want good PR. A man was murdered, Shawn. This is about HIM. Don’t lose sight of that. RIP George Floyd.”

Why did Kaitlyn Bristowe and Shawn Booth break up?

Bristowe and Booth announced their split in November 2018. They gave a blanket statement explaining they were both going in different directions. However, in March 2019, she opened up a little more about what happened.

RELATED: ‘The Bachelor: The Most Unforgettable – Ever!’: Which Seasons Will Air This Summer for One Night Recaps?

“We were kind of struggling for the last little while,” she told the Raw Beauty Talks podcast. “I just wasn’t feeling loved for over the last year. It really just started weighing on me. I just felt very alone in the relationship, and I felt like I had a best friend, but I didn’t feel like I had a partner. We just started growing apart.”

Although the two split amicably, fans point out the differences between their points of view today. They wonder if they would be having some difficult conversations amid what is going on in the world today.