Recently, Peter’s been spending time with Kelley Flanagan from his season. Though he says they’re not dating, he does say he sees a future with her. Fans will remember that Flanagan attended Weber’s finale, and that Barb’s made it known on Instagram that she’s a fan. 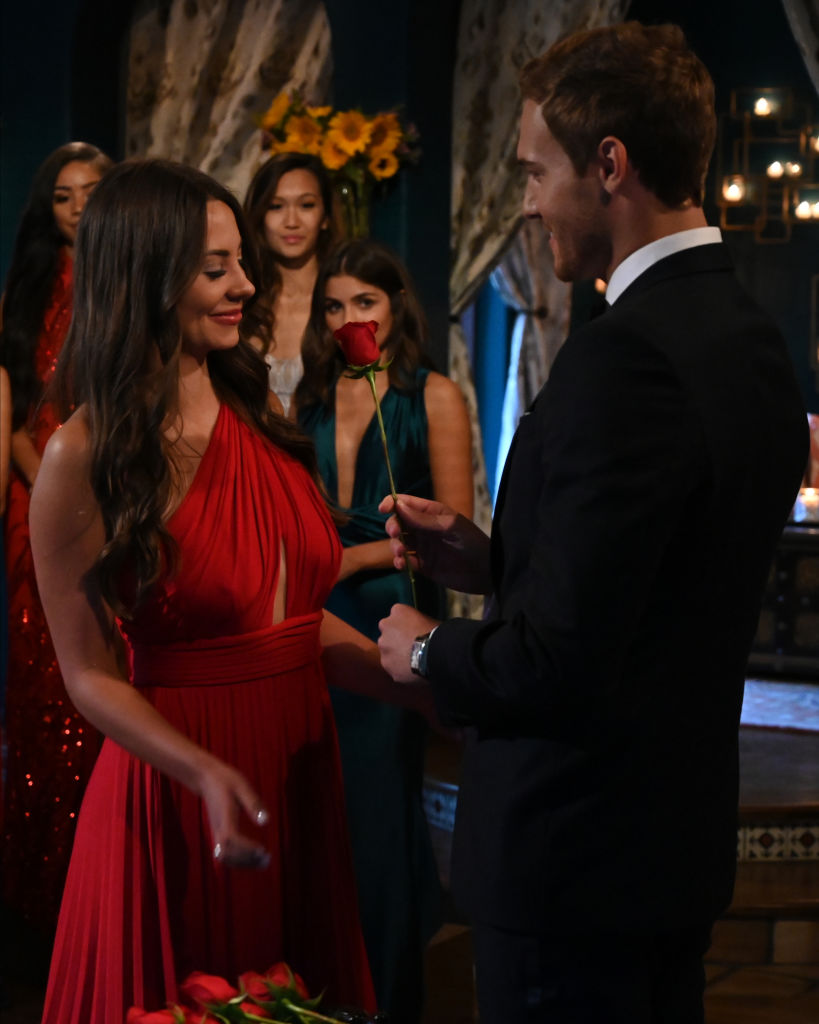 Not too long after Weber’s Bachelor finale, Nick Viall posted a photo of him and Flanagan on Instagram. The caption read: “She’s not with Peter,” which had some fans thinking they were possibly dating.

She’s not with Peter

Weber was recently on Viall’s podcast, where the host spoke about the comments he received on that post. He got several comments from fans saying things like, “Barb’s not going to be happy about this.”

“I met Kelley–it’s funny because I posted this picture–and I didn’t think you guys were hanging out or anything was going on. And I’ve told this story on my podcast, but I texted Kelley and I was like, ‘Hey, I have this perfect caption: Not with Peter,’ which is not saying anything other than the fact that she’s literally not with Peter. And I remember her being like, ‘Ehhhh.’ And I was like, ‘This is a harmless f*cking caption. What is the problem?’ It makes a lot of sense now,” said Viall, after learning from Peter that he and Flanagan had been talking by that point.

“But then there were a bunch of people commenting: ‘Oh, you’re on Barb’s sh*t list.’ And I didn’t really understand that. People are interesting. But I guess it sounds like the perception is that Barb likes Kelley and she’s happy,” Viall continued.

Why Peter Weber thinks his mom, Barb, likes Kelley Flanagan so much

That’s a wrap! What a great experience and will always be grateful for the opportunity to join season 24! ❤️

On the above photo Flanagan posted to Instagram, Barb commented: “We need to do lunch and go shopping for the day. ❤️” So, yes, it’s no secret that Barb’s a fan.

Weber confirmed that his mom is a fan of Flanagan. He thinks part of it might be the fact that they both have ties to Chicago.

“I don’t know if it’s the Chicago thing, Chicago ties. She’s from Chicago, not too far from where Kelley lives out here. So, yeah, definitely likes Kelley. Listen, we’ll see where it goes,” he said.