The Academy of Motion Pictures Arts and Sciences provided details about the next phase of its diversity initiatives today, at a Zoom panel hosted by Unifrance during the sprawling online Cannes Marché du Film. Taking place against the backdrop of virtual market screenings for buyers and sellers, the conversation was devoted to promoting the new transparency of the globally-friendly Academy as well as its five-year diversity plan, introduced by Academy CEO Dawn Hudson and president David Rubin.

“We are dealing with and adapting to a Covid 19 world,” said Rubin, who is the first openly gay Academy president, “and addressing this unique cultural moment. In the last five years, we’ve taken a major step, through the members we invite to join and the films we celebrate, but it’s clear there is more work to be done. We are determined to continue making big moves to reflect that commitment more than ever.”

Hudson and Rubin left the Zoom floor to Unifrance’s Daniela Elstner and Serge Toubiana, who expressed optimism about the progress of theater and festival openings in Europe, and hope that things would improve in the United States. Panel moderator Rajendra Roy, an Academy member and MoMa’s Chief Curator of Film, ran through a PowerPoint presentation with Academy membership executives Meredith Shea and Lorenza Muñoz, an entertainment journalist who joined the Academy five years ago just as #OscarsSoWhite — when there were no acting nominees of color — hit the organization like a tsunami.

Since January 2015, Muñoz and Shea have been working overtime to expand the Academy membership to almost 9,000, and 2019, they surpassed the A2020 initiative’s goal to double the numbers of women and people of color. In 2015, Academy membership was about 24 percent female, and as of 2019 had reached 32 percent, while people of color grew from eight percent to 15. The needle will likely move again when the Academy announces the 2020 new member invites at the end of the month.

At the Board of Governors meeting on June 11, 2020, the Academy set its next set of inclusion goals, Aperture 2025, which will continue to push for more diversity not only within the Academy ranks but in the industry at large. Muñoz did not mince words. “For the longest time the Academy has been known as an ivory tower castle on the hill, untouchable and inaccessible,” she said, “with curtains of secrecy about it. It’s not about that, it’s about the people, the amazing membership are the crown jewels.” When she joined five years ago, the organization was very different, she said, “looking inward, more insular, more U.S. and L.A.-focused.” 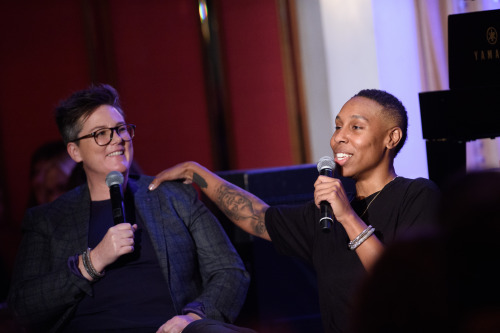 The members of the 17 branches can now see the full directory of Academy members (which is not public). All eligibility rules and submission deadlines are available to anyone online at Oscars.org, including changes for this year due to the pandemic. (The 93rd Oscars will be held on April 25, 2021, two months later than originally planned.) In recent years, the Academy has reached out to unite its members, including its first women-only event in 2018 attended by Lena Waithe, Rashida Jones, Hannah Gatsby and Annie Lennox.

“We’re trying to engage our membership,” said Muñoz, “and make it feel like a more inclusive community, with cross pollination…All branches can benefit from getting to know each other and expand opportunities for representation in the industry. We are opening up this community so there are opportunities for anyone who is talented.”

Continuing with Aperture 2025 is “in the best interests of this industry,” said Muñoz, “as well as it’s the only way they are going to move forward. We are a diverse world and if we don’t represent half the world or 40 percent of the world we are in trouble.”

The new diversity initiative Aperture 2025, which has been in the works for a year, uses Oscar eligibility as a wedge to encourage Hollywood producers and executives to follow inclusion standards set by the Academy, or risk not being Oscar eligible. The eligibility standards “have yet to take full shape,” said Muñoz, who added that they will be modeled on the BFI standards to qualify films for BAFTA. “What this means is we will be asking for demographic data to be submitted along with other requirements,” she said.

Needless to say, the Academy plans to give the industry “time to read and build up toward the requirement, eventually leading to whether or not a film is eligible for Oscar,” said Muñoz, who promised that the requirements will roll out in a way that is “collaborative, not onerous and not prescriptive. We will work with our partners at the studios and production companies.” The Academy is also consulting with other organizations like BFI and BAFTA to try and  create a universal standard of inclusion and representation for every country’s filmmakers to consider at the start of production.

“Things don’t begin with the Academy,” said Muñoz. “If the industry at large is not making hires to promote, mentor, and guide people of color and women throughout their career, we don’t have a pipeline to choose from. We can focus on that situation, we can convene people to have this conversation. It’s going to take a lot of introspection and intention, it’s a reckoning for the lack of progress for people of color and women. These are difficult conversations, but the Academy leadership is committed to change. Everybody is going to have to get comfortable with being uncomfortable and pushing the envelope so we do have more opportunities to be represented.” 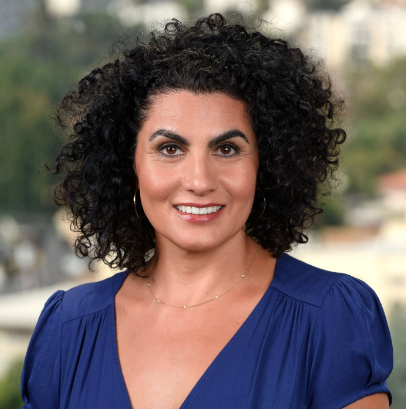 Lorenza Muñoz is the Academy Managing Director of Membership and Awards.

Beyond that, the Academy also hopes to expand the way the members look at the movies they are considering for Oscars, by “broadening the aperture of what is considered excellent,” said Muñoz. “There are many ways to view art. We want the Academy, and all of our filmmakers, to get viewed from a prism of a broad scope of what excellent means. You can have a comedy or horror film that is exquisitely made and acted and written that could be an Oscar-worthy film.” She cited the multiple Mexican directors who have won the Oscar as well as Bong Joon Ho’s Oscar-winner “Parasite” as examples of the racial, ethnic and international diversity the Academy seeks to encourage.

For the upcoming 93rd Oscars, the Academy’s streaming portal will for the first time make it possible for members all over the world to participate in both phases of selecting the Best International Feature shortlist and final nominees, said Shea. And as part of their membership outreach, the Academy has been traveling —  before the pandemic — to far-flung locations from Cuba, Morelia and Los Cabos to Rome, Amsterdam, Annecy and Paris. “It’s important that the Academy has gone out to where their members are in the world,” said Shea. The Academy plans to expand its relationships in Latin America, Africa and Asia.

Clearly, both Muñoz and Shea have invested time and energy in assisting emerging filmmakers, from France’s Maïmouna Doucouré (her short became the Netflix feature “Cuties”) to Mounia Meddour, who directed Algerian Oscar submission “Papicha.” As Shea put it, “the Academy is putting its money where its mouth is, and giving back.”