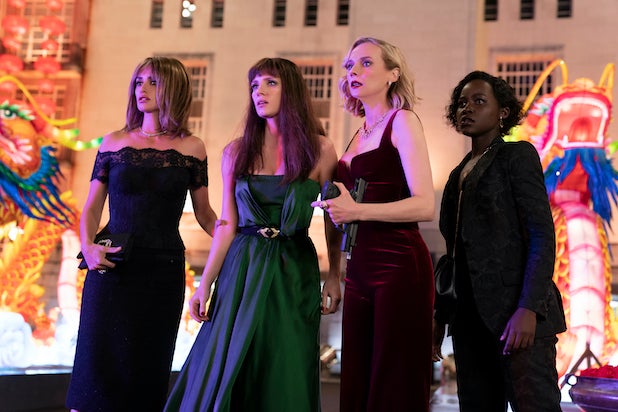 “The 355,” the female-fronted spy film starring Jessica Chastain and Lupita Nyong’o, has been pushed back a full year by Universal from January 2021 to now open on January 14, 2022.

“X-Men” filmmaker Simon Kinberg directs “The 355,” which also stars Penélope Cruz, Diane Kruger, Bingbing Fan, Edgar Ramirez and Sebastian Stan. It will now take the place Universal had previously marked off for an untitled event film on the same day on the release slate.

“The 355” would not be the first film to move out of Q1 of 2021 as questions around when theaters can reopen still remain even as coronavirus cases continue to rise across the country. Universal also previously delayed the release of “Marry Me” with Jennifer Lopez from a Valentine’s Day release to instead open in May 2021.

“The 355” is about a CIA agent who joins forces with secret agents from across the globe to prevent a mercenary from using a top-secret weapon. Check out the trailer here.

The screenplay is by Theresa Rebeck and Kinberg, from a story by Rebeck. “The 355,” presented by Universal Pictures in association with FilmNation Entertainment, is produced by Chastain and Kelly Carmichael for Chastain’s Freckle Films and by Kinberg for his Kinberg Genre Films. The film is executive produced by Richard Hewitt (Bohemian Rhapsody), Esmond Ren (Chinese Zodiac) and Wang Rui Huan.