Kelly Olsen (played by Azie Tesfai) is officially suiting up! The skilled fighter will fly high as Guardian in the second half of Supergirl’s final season — and TVLine has your first look!

Olsen is set to take up the mantle of Guardian, a role previously played by her brother James Olsen (Mehcad Brooks).

She’ll make her big debut in Episode 12, which is titled “Blind Spots” and will air Tuesday, Sept. 21. Tesfai co-wrote the hour alongside co-producer J. Holtha. Plus, Arrow alum David Ramsey directed the episode, which will tackle racial inequality, and see the actor appear on-screen as John Diggle.

Check out Olsen all decked out as Guardian below: 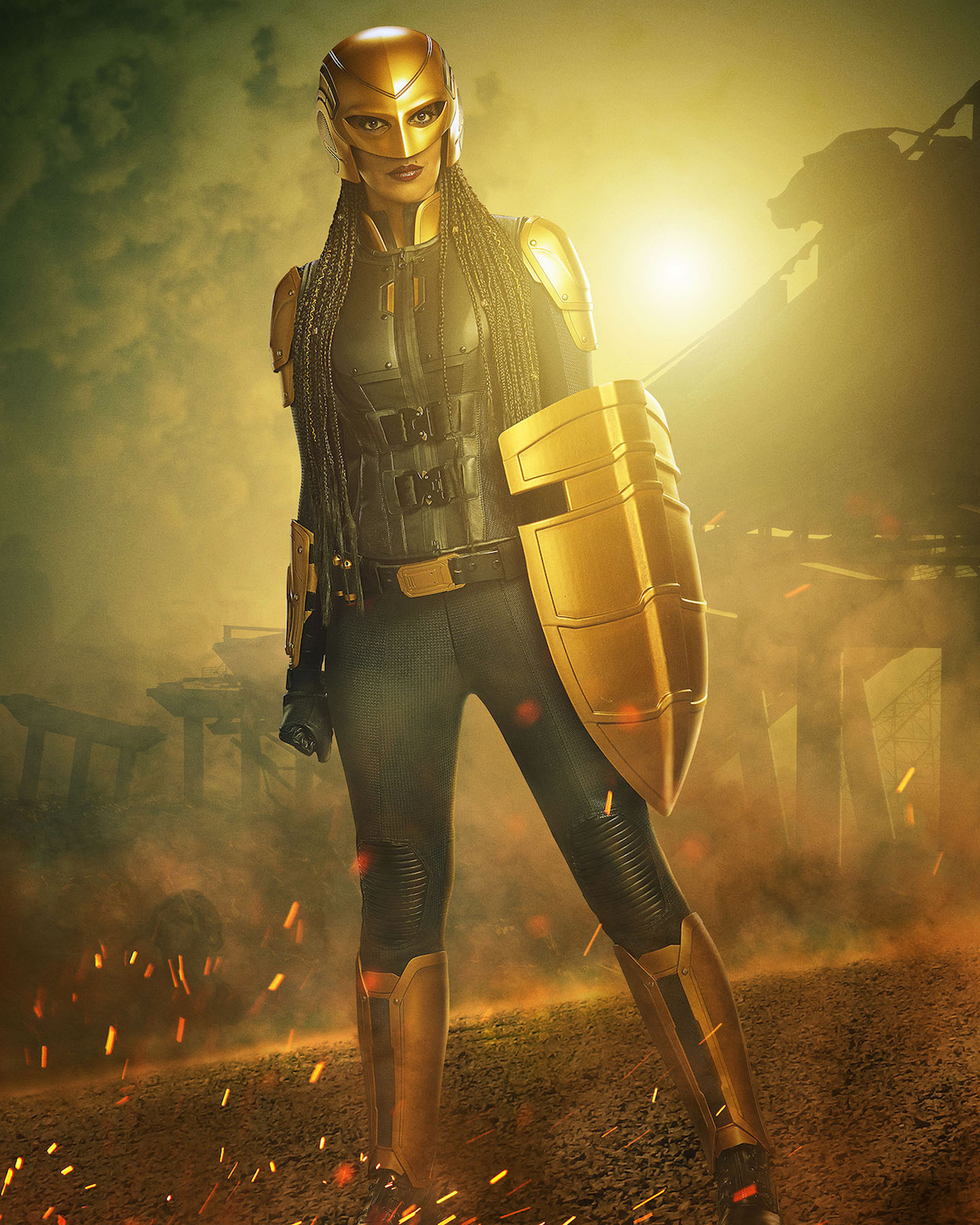 Supergirl will take a brief hiatus on Tuesday, May 11 and return with its final remaining episodes on Aug. 24. The midseason finale, titled “Fear Knot” (The CW, 9/8c), will see the Super Friends trek to the Phantom Zone to finally bring Supergirl home. The journey will test each member of the team as they are confronted by visions of their worst fears.

So far this season, we’ve seen the team deal with Kara’s absence in their own ways: Nia was forced to step up and unlock new aspects of her powers, while Alex and Lena had an opportunity to bring Supergirl home, but chose to save National City from an imminent threat instead. In the two-parter “Prom!” and “Prom Again!” Brainy learned to channel his nervous energy into sports. Meanwhile, J’onn focused his energy on tracking down potential leads.

So what do you think of Kelly’s new gear? Are you ready for her to step up as Guardian? Let us know your thoughts in the comments below!