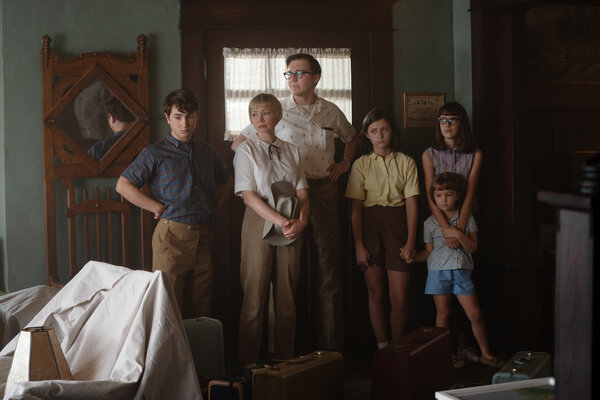 The Directors Guild of America announced its feature-film nominees on Wednesday, awarding a record 13th nomination to Steven Spielberg, who also won the best director Golden Globe this week for “The Fabelmans.” The four other directors nominated for the DGA’s top prize were Todd Field (“Tár”), Daniel Kwan and Daniel Scheinert (“Everything Everywhere All at Once”), Joseph Kosinski (“Top Gun: Maverick”) and Martin McDonagh (“The Banshees of Inisherin”).

Several big names were shut out, including James Cameron (“Avatar: The Way of Water”) and Baz Luhrmann (“Elvis”), who directed two of the year’s most successful films. And though the last two DGAs for feature-film directing were won by Jane Campion (“The Power of the Dog”) and Chloé Zhao (“Nomadland”), representing the first time in the guild's history that women triumphed in that race in back-to-back years, all five of this year’s nominees were men, as contenders Sarah Polley (“Women Talking”) and Gina Prince-Bythewood (“The Woman King”) failed to make the shortlist.

Typically, four of the five DGA nominees are also nominated for the best-director Oscar: Last year, DGA nominee Denis Villeneuve (“Dune”) was the only one to not make the cut, as Oscar voters chose “Drive My Car” director Ryusuke Hamaguchi instead. The year before, DGA pick Aaron Sorkin (“The Trial of the Chicago 7”) fell short and was replaced in the Oscar nominations by Thomas Vinterberg (“Another Round”).

Here is a rundown of the nominees in the major film and television categories. For the complete list, including commercials, reality shows and children’s programming, go to dga.org.

Daniel Kwan and Daniel Scheinert, “Everything Everywhere All at Once”

Martin McDonagh, “The Banshees of Inisherin”

Laura Poitras, “All the Beauty and the Bloodshed”

Shaunak Sen, “All That Breathes”

Amy Sherman-Palladino, “The Marvelous Mrs. Maisel” (“How Do You Get to Carnegie Hall?”)

Movies for TV and Limited Series