Station 19 premiered in 2018 as the second spin-off series from the popular Grey’s Anatomy, following Private Practice.

The series is set in Seattle and deals with the lives of the members of Seattle Fire Station 19.

With three seasons completed and a very dark and dangerous third season in the books, fans are wondering about the future of Station 19 on ABC.

Here is everything we know so far about Station 19 Season 4.

This article provides everything that is known about Station 19 Season 4 and all related news. As such, this article will be updated over time with news, rumors, and analysis. Meanwhile, let’s dig down into what is known so far.

Deadline reported in March that ABC had renewed Station 19 for the fourth season.

This renewal followed the multi-year renewal for Grey’s Anatomy as well as other ABC series such as The Good Doctor and The Conners.

“Krista Vernoff is a sharp, superb storyteller, and we’re so grateful to her – along with the talented cast and crew – for all they’ve done to make Station 19 thrive this season,” said Karey Burke, president, ABC Entertainment.

“This addictive, rich show is hitting series highs this year for a reason, and we can’t wait to deliver more great stories to our passionate audience.”

Release date latest: When does Station 19 Season 4 come out?

ABC has started releasing the dates for its 2020-21 television season premieres, and Station 19 has an official release date.

The new season of Station 19 will then lead into the premiere of Grey’s Anatomy, which will have a two-hour premiere the same night. The next week, both shows move back to one hour in length, and A Million Little Things joins the night’s lineup at 10/9c.

There is even a new poster to advertise the premiere date. 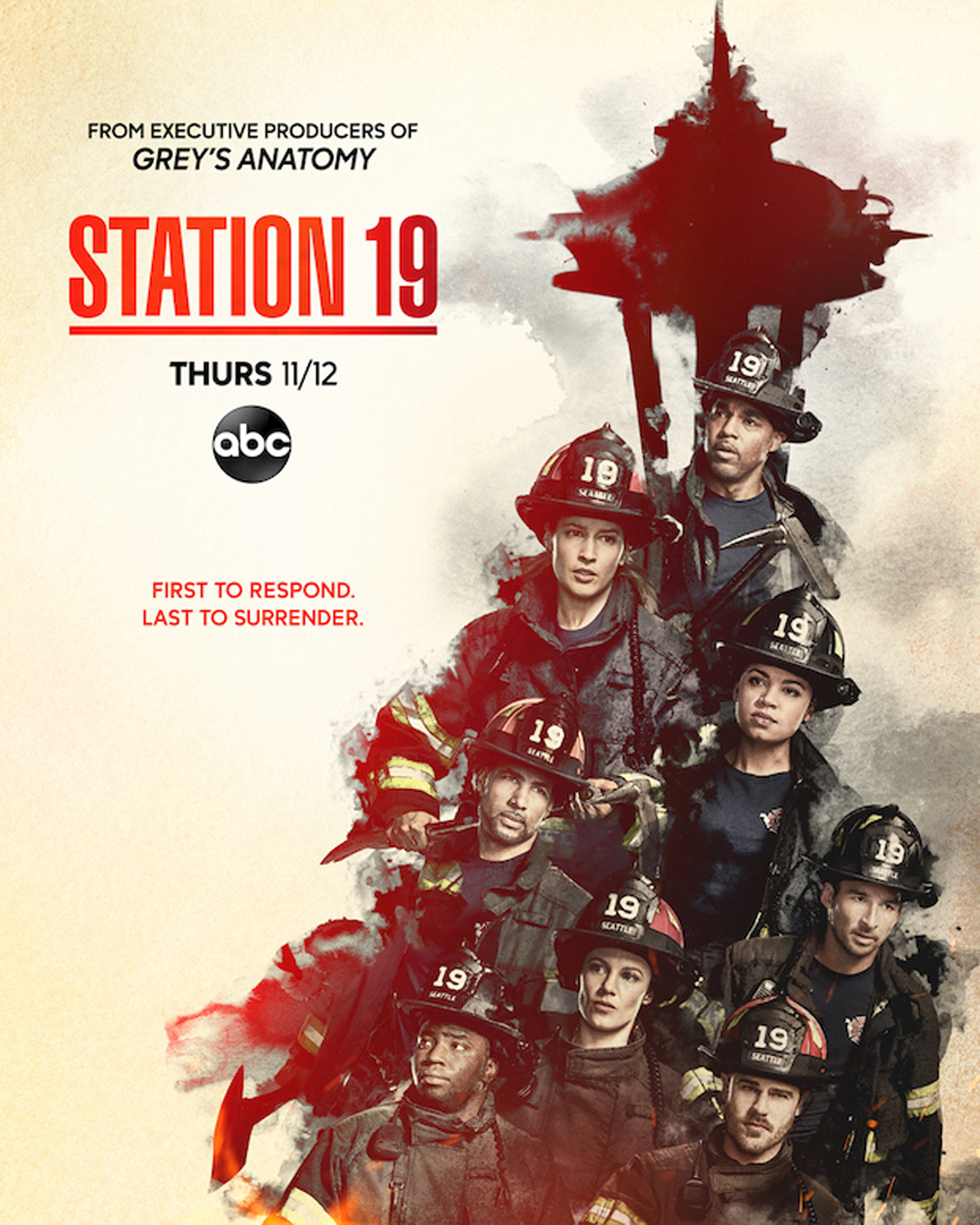 Most of the cast is remaining the same, although we did say goodbye to a few of the main cast members in Season 3.

Jaina Lee Ortiz returns as Andy Herrera, a Lieutenant at Station 19 who lost her dad in Season 3 but married the new captain, Robert Sullivan.

Boris Kodjoe is back as Robert, the new Captain at Station 19, who recently returned to Seattle.

Jason George is Ben, a firefighter and PRT Physician at Station 19. He is also a former anesthesiologist-turned-surgical-resident at Grey Sloan Memorial Hospital.

Alberto Frezza left the series as Ryan Tanner, a Seattle P.D. officer who was shot and died in the third episode of Season 3.

Miguel Sandoval leaves the series as Pruitt Herrera, Andy’s dad and mentor, who died in Season 3 at the scene of a fire.

Finally, Brett Tucker has departed the series as Fire Chief Lucas Ripley, who died after a fire as well.

There will also be a new face.

Stefania Spampinato is moving from Grey’s Anatomy to Station 19 as Dr. Carina DeLuca.

Station 19 follows a group of heroic Seattle firefighters as they put their lives and hearts on the line.

The series arrived thanks to a backdoor pilot in Season 14 of Grey’s Anatomy.

That was “You Really Got a Hold on Me,” where the Station 19 firefighters brought in two young boys to the hospital, where Meredith (Ellen Pompeo) meets Andy (Jaina Lee Ortiz), a firefighter, who has her hand inside the patient, clamping his abdominal aorta.

Season 4 of Station 19 “gets hit with a pandemic,” showrunner Krista Vernoff recently told TVLine. While this is pulled from the headlines, Vernoff promises that the season won’t go dark.

She calls the pandemic “ironic because we still have a lighter season planned.” This follows a very dark Season 3 of Station 19.

Last season, Vernoff admitted, “there was some real darkness last season — so much death. This season, the team pulls together and finds a lot of joy despite the heaviness of the world.”

Season 3 was also one of the few major network dramas that actually finished its season before the coronavirus pandemic shut things down worldwide.

In Season 4, there will also be more of the relationship between Andy and Robert. It also sounds like it might turn out better than the end of Season 3 made it look.

“They’ve both been through a hell of a lot. But I’m rooting for them,” Vernoff said.

There is really nothing given away in the trailer, although it does set up the pandemic storyline.