SPOILER ALERT: The story includes details about the Nov. 11 crossover of ABC’s Station 19 and Grey’s Anatomy.

Station 19 lost one of its own as Dean Miller died from injuries sustained in the line of duty during tonight’s crossover with Grey’s Anatomy, which marked the last appearance of actor Okieriete Onaodowan. One of five remaining Station 19 original cast members, Onaodowan is departing Station 19 after four seasons. 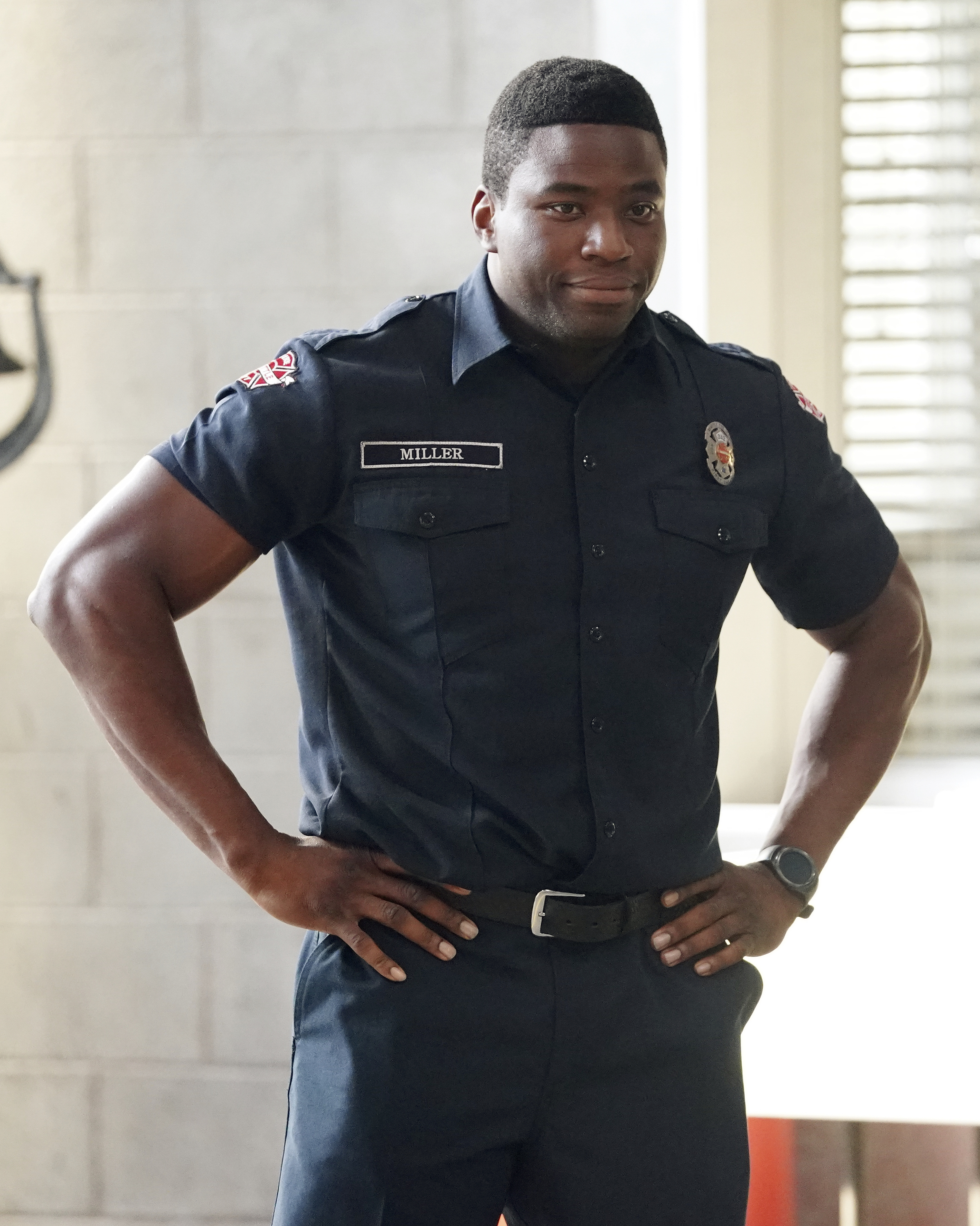 “It’s been a pleasure being Dean. I have Shonda Rhimes, Stacy McKee, Krista Vernoff, Paris Barclay and ABC to thank for allowing me to bring him to life,” Onaodowan said in a statement to Deadline. “I am grateful I got to work with the most loving, kind and dedicated crew in network TV. And most importantly, thanks to the fans for showing Dean so much love. I hope he has inspired you to change your world for the better. Be the change!”

According to sources, Onaodowan approached the producers with a request to leave the series at the end of last season. The Hamilton star agreed to come back for the first several episodes of Season 5 to wrap up the story of his character.

Dean has come a long way since his early days as an eligible bachelor after the birth of his daughter Pruitt Arike Miller, named after Andy’s (Jaina Lee Ortiz) father Pruitt (Miguel Sandoval), who was the first major Station 19 character to die in Season 3.

Dean had an emotional storyline in Season 4, which reflected the racial reckoning following the death of George Floyd. As a Black man and a firefighter, Dean felt the burden of responsibility for an entire community on his shoulders as he fought against a system he was a part of. The events of summer 2020 shook him to the core and prompted him to take action.

That carried over to Season 5 where Dean’s final arc revolved around Crisis One, the mental health-focused program he spearheaded.

“I am a better artist and human for having had the opportunity to work with Okieriete Onaodowan. I am heartbroken by the loss of Dean Miller and that I no longer get to write for Oak,” Station 19 and Grey’s Anatomy executive producer/showrunner Krista Vernoff said. “Oak has an expansive spirit and was ready for and craving new artistic horizons —and I truly can’t wait to see what he does next. It will be powerful, it will be deep, and it will be courageous because Oak is all of those things.”

Dean’s death was foreshadowed by ABC’s ominous promo for tonight’s Station 19-Grey’s Anatomy crossover which teased a massive explosion and warned that “Not Everyone Will Survive.”

In typical Grey’s fashion, the promo served red herrings, alluding to Ben, Sullivan or little Farouk possibly perishing. Instead, it was Dean who didn’t make it.

Earlier this season, just as Dean was ready to profess his love for Victoria Hughes, newbie Theo Ruiz made his move and the pair have been dating since. In tonight’s Station 19, Vic confronts Dean and makes him admit that he is considering moving to Oakland to expand Crisis One into California. She later tries to persuade him to have people from all over the country come to Seattle for him to train so he doesn’t have to leave. Vic gets upset when he is not budging, and this is when the station is shaken by a gas line explosion that rattles Seattle. In the engine, traveling to the site, Dean asks Vic to come with him.

“I don’t want you to go but I can’t go with you,” she says after a long pause, to which Dean replies, “I figured but I asked.”

When they arrive, the group begin aiding victims of the blast and secure the area in a residential neighborhood. A secondary explosion severely injures both Vic and Dean and the two are taken in separate ambulances en route to Grey Sloan Memorial.

Vic’s ambulance arrives first where she’s treated by Bailey and Richard. In the other ambulance, Ben shares a touching moment with Dean just before he dies. The ambulance slowly rolls in sans sirens – meaning that the patient aboard has already died.

Trying to process his friend’s death, Ben brings up a promise he had made to Dean that he would take care of Pruitt if anything happened to him. Though reluctant at first, Bailey agrees to welcome Dean’s daughter into her family, noting that she always wanted a girl.

Rosy Cordero and Alexandra Del Rosario contributed to this report.