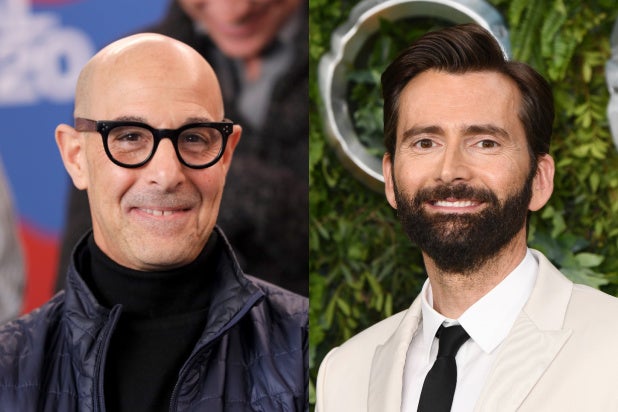 Stanley Tucci, David Tennant, Dolly Wells and Lydia West have been set as the leads of Steven Moffat’s upcoming drama series “Inside Man,” which will air on BBC One in the U.K. and Netflix in the U.S., BBC Studios said Thursday.

Starring Tucci in the title role of the Inside Man, the four-part miniseries “follows a prisoner on death row in the US, a Vicar in a quiet English town, and a math teacher trapped in a cellar, as they cross paths in the most unexpected way.”

Per BBC Studios, filming on the show — marks the latest BBC Studios project that Netflix has boarded, having previously partnered on Moffat’s “Dracula,” among other series — will take place later this year.

“Inside Man” is created and written by Moffat, directed by Paul McGuigan, with Alex Mercer as producer. Executive producers include Vertue for Hartswood Films and Ben Irving for the BBC. Chris Sussman will oversee for Netflix. The show was commissioned by Charlotte Moore, BBC chief content officer, and Piers Wenger, director of BBC Drama. BBC Studios is the international distributor and brokered the deal with Netflix.

“BBC One viewers will already know the television magic created when Steven Moffat writes for David, Dolly and Lydia,” Wenger said. “With the fantastic Stanley Tucci alongside them as our Inside Man, everything is in place for a series that will have the nation gripped.”

Moffat and his wife and executive producing partner, Sue Vertue, added: “We’re a bit stunned, and very excited, at the acting talent we’re managing to assemble for this show. Can’t wait to crawl out of our lockdown bunker and get to work.”

“We’re delighted to team up with the BBC on another brilliant series from the ingenious mind of Steven Moffat,” Chris Sussman of Netflix’s UK original series said. “It’s impossible to say too much about ‘Inside Man’ without giving away spoilers – so let’s just say the scripts are fiendishly clever, the cast is fantastic and at this point in time nobody but Steven knows how it’s going to end. We’re thrilled to continue our fruitful partnership with BBC One, BBC Studios and Hartswood Films and are excited about bringing this series to a global audience.”