Roger Ebert often paraphrased what his onscreen sparring partner Gene Siskel said about films he didn’t enjoy: Wouldn’t it have been better to watch a documentary about the same actors having lunch together? It’s a thought experiment that might come to mind watching “Sportin’ Life,” a rambling, hour-long documentary directed by Abel Ferrara. These days, Ferrara’s fiction films rarely go far beyond the festival circuit, even those starring his friend and frequent collaborator Willem Dafoe. It’s been some time since the likes of “Bad Lieutenant” and “King of New York” reached a wider audience. But seeing Ferrara and Dafoe shooting the breeze is so entertaining, you might wish the 69-year-old auteur would concentrate on an Abe and Will podcast instead.

Most of the documentary was shot while Ferrara was promoting his last film with Dafoe, “Siberia,” at the Berlin Film Festival in February. Not that he bothers to explain that with anything as commonplace as captions or voiceovers. All the film offers is the chance to hang out with Ferrara for a while, seeing what he got up to this year, and hearing what was on his mind; if you don’t fancy doing that, well, he obviously couldn’t care less.

“Sportin’ Life” is essentially a glorified DVD extra, partly funded by SAINT LAURENT, as the massive block capitals at the start declare. It’s self-indulgent, but never boring. It was surreal to watch when it debuted at the Venice Film Festival, and to see what a difference a pandemic makes. “Sportin’ Life” provides a piquant last glimpse of an era, a few months and a thousand years ago, when film festivals meant packed screenings and press conferences, and people hugging in crowded clubs. At one party, one prescient guest is wearing a face mask: in a zombie film, that might be our first hint of the horror to come.

Back in February, though, Ferrara was having a blast, especially when he and Dafoe were beguiling interviewers with their double act in a hotel room. Ferrara could be Dafoe’s dissolute older brother, or the portrait he keeps in his attic. The director may have worse teeth and whiter hair, but how could they not become buddies when they both have such magnificent lupine jaws? 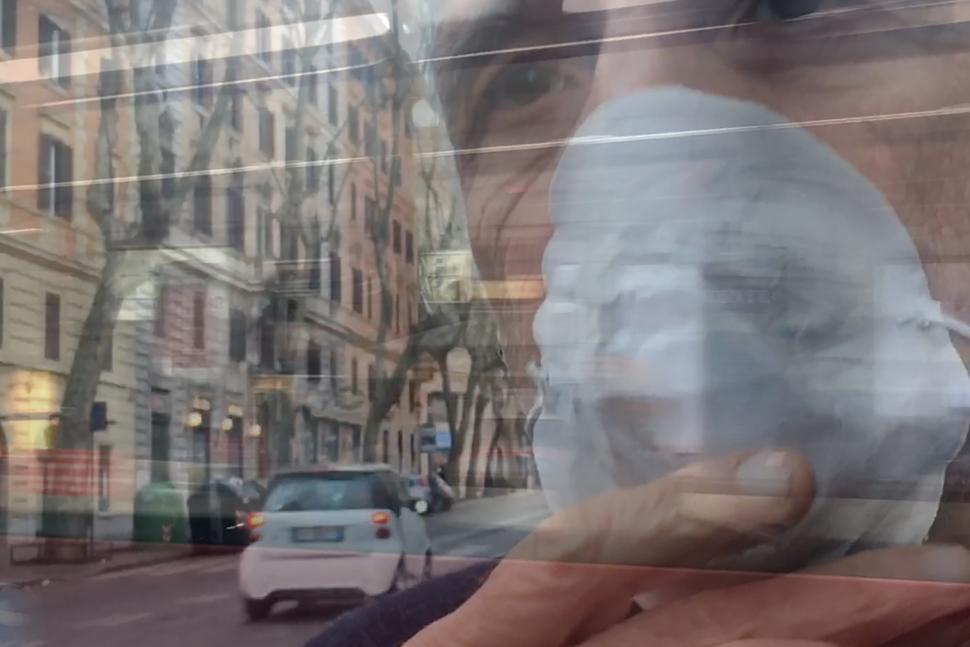 They’re certainly good value as interviewees. Dafoe is generous, upbeat, and articulate, unspooling perfectly formed sentences about the pleasure he gets from the technical aspects of acting, such as standing wherever the lighting is best, rather than disappearing into a character. Ferrara mixes highbrow references with indie pragmatism and down-to-earth New York street smarts. When asked about the deeper meaning of his films, he snaps: “We’re not playin’ games, we’re trying’ to get shots off, you dig?” He isn’t even “sweatin’ story,” he adds. Who cares about story? Everyone knows that Alice goes down the rabbit hole and that Ulysses is coming home. And who among us can’t chuckle at the chutzpah of a hepcat in a black suit and sunglasses dismissing Homer’s “Odyssey”?

These conversations deserve a whole film, but Ferrara throws in whatever other footage he had lying around. There are snippets of live performances by his bluesy rock ‘n’ roll band, a group he showcased in his 2017 documentary “Alive in France.” These snippets are intercut with clips of the original artists who played the songs he covers, a sweet tip of the hat, although the main points of interest at these gigs are Dafoe’s squawky but tuneful falsetto when he joins in a rendition of Del Shannon’s “Runaway,” and the more accomplished guitar and vocals of Paul Hipp, known and worshipped by sitcom fans as the roving Reverend Tim Tom from “The Middle.”

There are also excerpts from Ferrara’s earlier films — typically these excerpts aren’t supplemented with titles, dates, or any kind of context — and home videos of him with his wife, actress Cristina Chiriac, and their young daughter at home in Rome. But the director hasn’t ignored what else has been going on, and he includes news reports of this summer’s rioting in America, and Donald Trump’s promise in February that coronavirus would vanish “like a miracle” before many people caught it. The hazy suggestion that these crises are linked to the darkness in Ferrara’s films is the least compelling part of “Sportin’ Life.” But, again, it’s hard to imagine he cares whether anyone is compelled or not. His documentary is a 65-minute scrapbook of snapshots, but once you accept that, you can find a lot to admire in Ferrara’s energy, street-fighter confidence, love of cinema, and lust for life. Who knows, he might even persuade you want to give his recent fiction films a try.

“Sportin’ Life” premiered out of competition at the Venice International Film Festival.