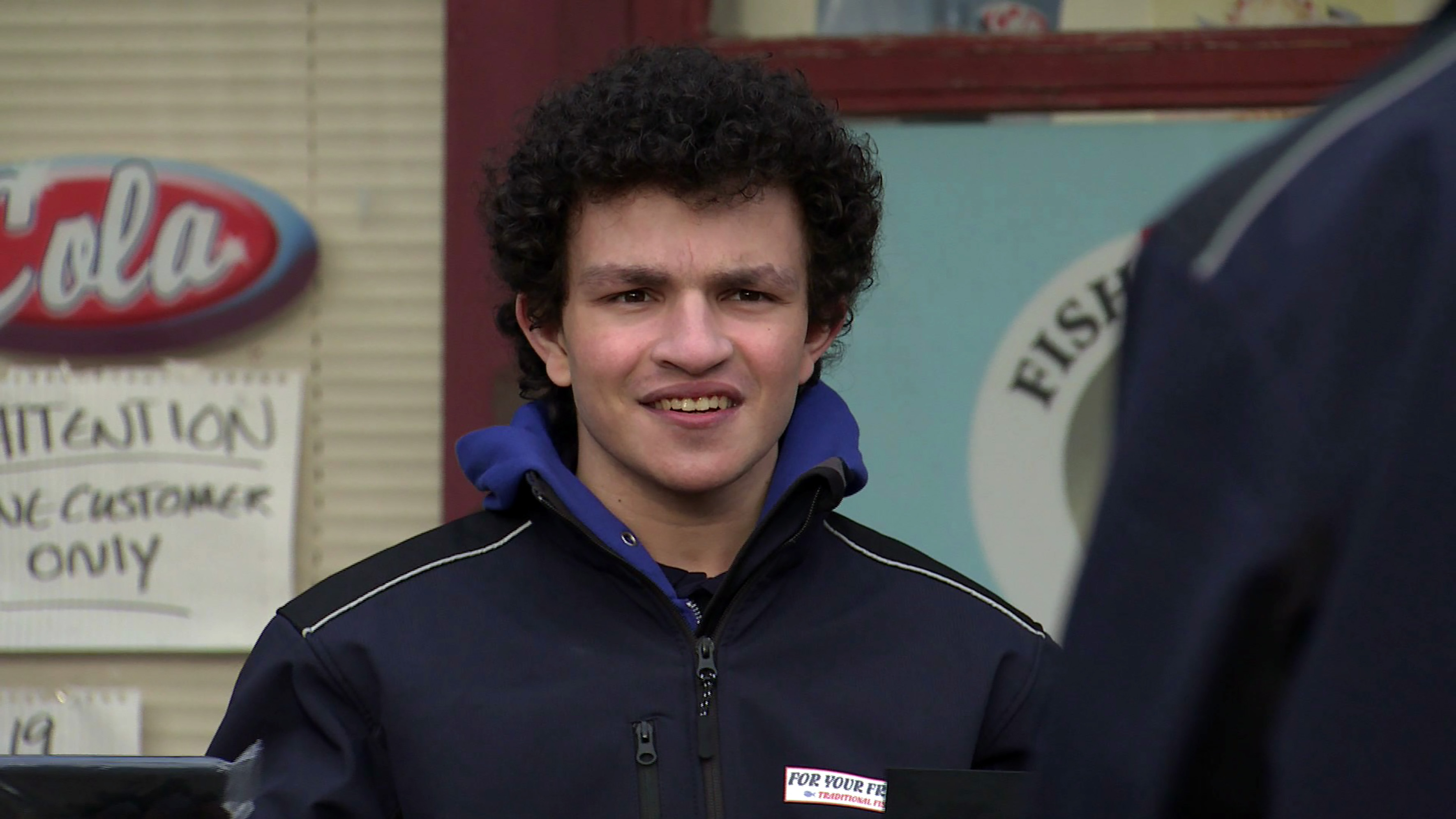 Friday’s drama saw Leanne discover that the feathers she’d been collecting in the belief that they were messages being sent by her dead son Oliver had actually been left for her by Simon.

In a misguided move that he thought would help his mum, Simon had been depositing the feathers in Leanne’s vicinity, hoping that they’d entice her out of the flat and away from the temptation to make expensive calls to a TV psychic.

But Leanne hit the roof when she discovered all and raged at Si, who let her know in no uncertain terms how he felt about her behaviour.

‘Oliver’s dead. He’s not sending you messages. You’re not communicating with him. He is dead!’ he yelled, before being slapped across the face by Leanne.

Feeling that his efforts to do the right thing had come to nothing, Simon then decided to take his life in a new and decidedly more dangerous direction when he told Jacob that he wanted to take on further drug-dealing jobs for him.

‘I’m in, if you still want me. Any of it. All of it. I’m there,’ a brooding Simon told his nefarious friend.

Next week’s drama will see Simon start to slip further off the rails when he and Jacob are seen smoking spliffs in Victoria Gardens.

But events will escalate as the week draws to a close, with Nick’s young son Sam (Jude Riordan) set to witness Simon and Jacob menacing another local youth and bundling him into the boot of a car.

Having witnessed the assault, Sam flees the scene, but inadvertently takes Simon’s delivery bag of cocaine with him. Has Simon’s rash decision to embroil himself in gang culture put Sam in big danger?