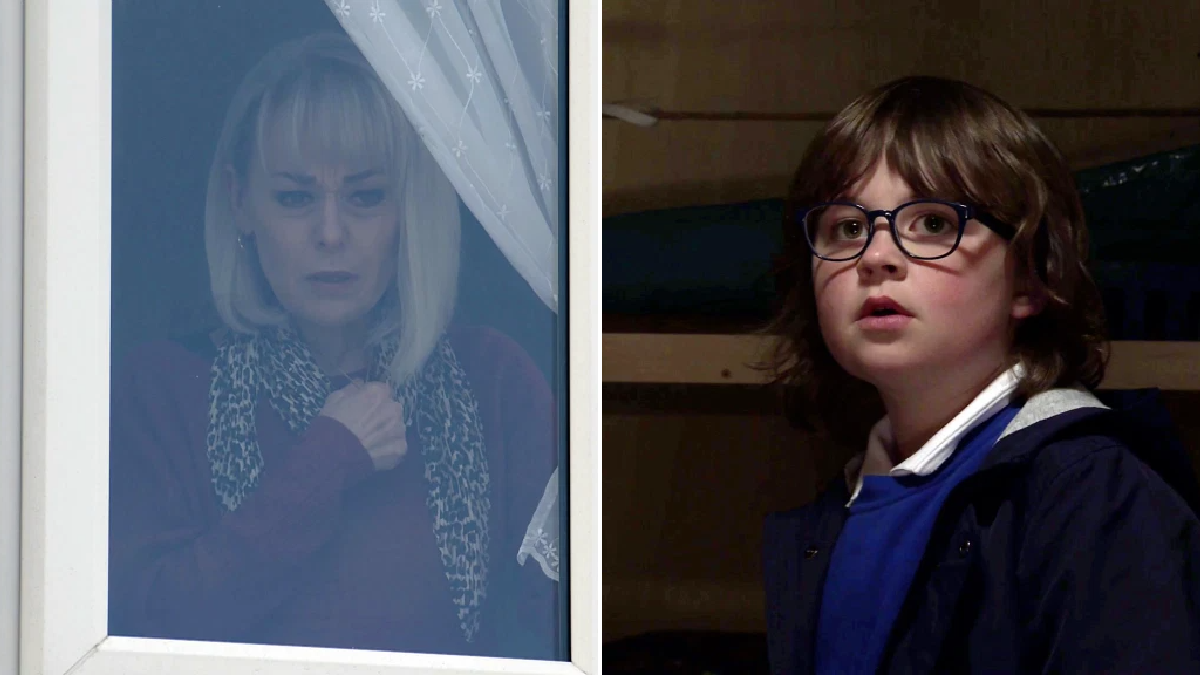 Sharon Bentley (Tracie Bennett) told nephew Harvey (Will Mellor) about her plan to use Sam Blakeman (Jude Riordan) to get to Leanne Battersby (Jane Danson) in Coronation Street, and made it perfectly clear she didn’t want any harm to come to the young lad.

However, could that all change soon when Sharon faces horrific guilt after having Sam killed?

Recognising his innocence, Sharon told Sam that he could talk to her about anything that was on his mind. Thinking she’s just a family friend, Sam told Sharon absolutely everything about Leanne and Nick (Ben Price) – including Oliver’s death, Leanne’s police informant job and going into hiding.

Coming up, Natasha (Rachel Leskovac) discovers from Sam that he’s been in touch with Nick and confiscates his phone.

Meanwhile, Sharon clocks that Sam and Natasha are due to have tea with Gail (Helen Worth) and tips off Harvey, sneakily taking a photo of Sam that she then shows to Harvey’s sidekick.

As Sam approaches No.8, Noddy lures him into his van, slams the doors and drives off. A grim Sharon watches from Rita’s (Barbara Knox) flat, aware she’s done something terrible.

Natasha phones the police and reports Sam missing as Sharon plays the concerned friend, but how far will Harvey go?

Meanwhile, at the hideout, Nick and Leanne are told the news that Sam has gone missing.

Can Sam be found in time?

If he isn’t, how will Sharon deal with the guilt that she’s the reason Sam has been killed?