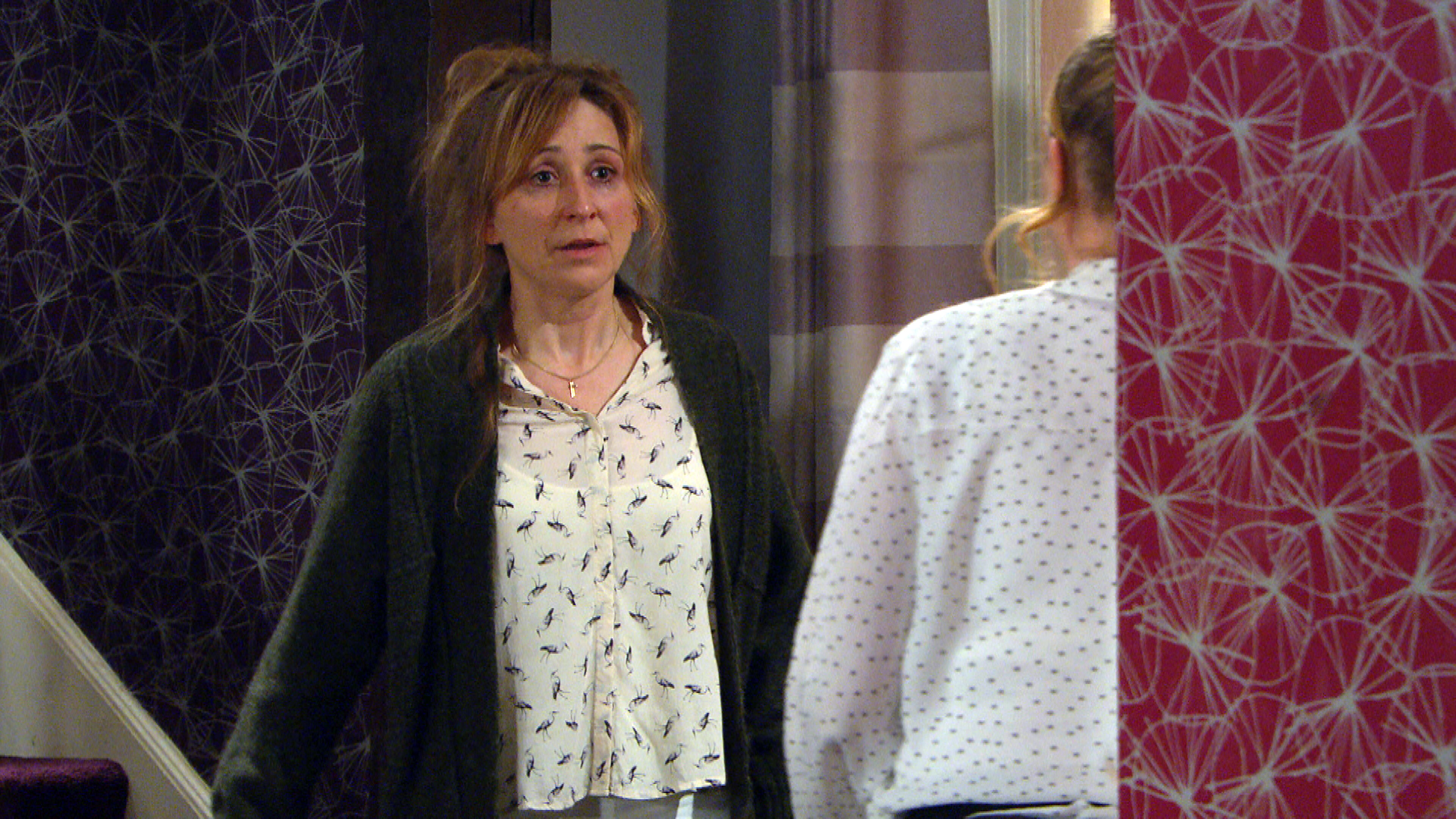 Laurel Thomas (Charlotte Bellamy) and Jai Sharma (Chris Bisson) in Emmerdale choosing to abort their unborn baby came as a heart-breaking and difficult decision for them both.

Since they made their choice, Laurel has been struggling, and we even saw in recent weeks Laurel tempted to turn to drink once more to cope with her problems.

As Laurel continues to find things tough, her need to drink gets the better of her soon, and it’s a pregnancy shock that sends her off the rails…

A tortured Laurel fights her demons tempted by a bottle of vodka in her cupboard. She’s on the verge of pouring it down the sink when an alert from a pregnancy app on her phone delivers a cruel blow.

Succumbing to temptation, she knocks back a glass. Nicola (Nicola Wheeler) bursts in catching Laurel red-handed with the bottle. Shocked, Nicola’s heart breaks for Laurel as she learns about the termination.

It isn’t long until Jai arrives having been called by Nicola, and tries to remind her he understands.

It’s clear Laurel isn’t coping, but how bad are things about to get for her?

Can Jai get through to Laurel?