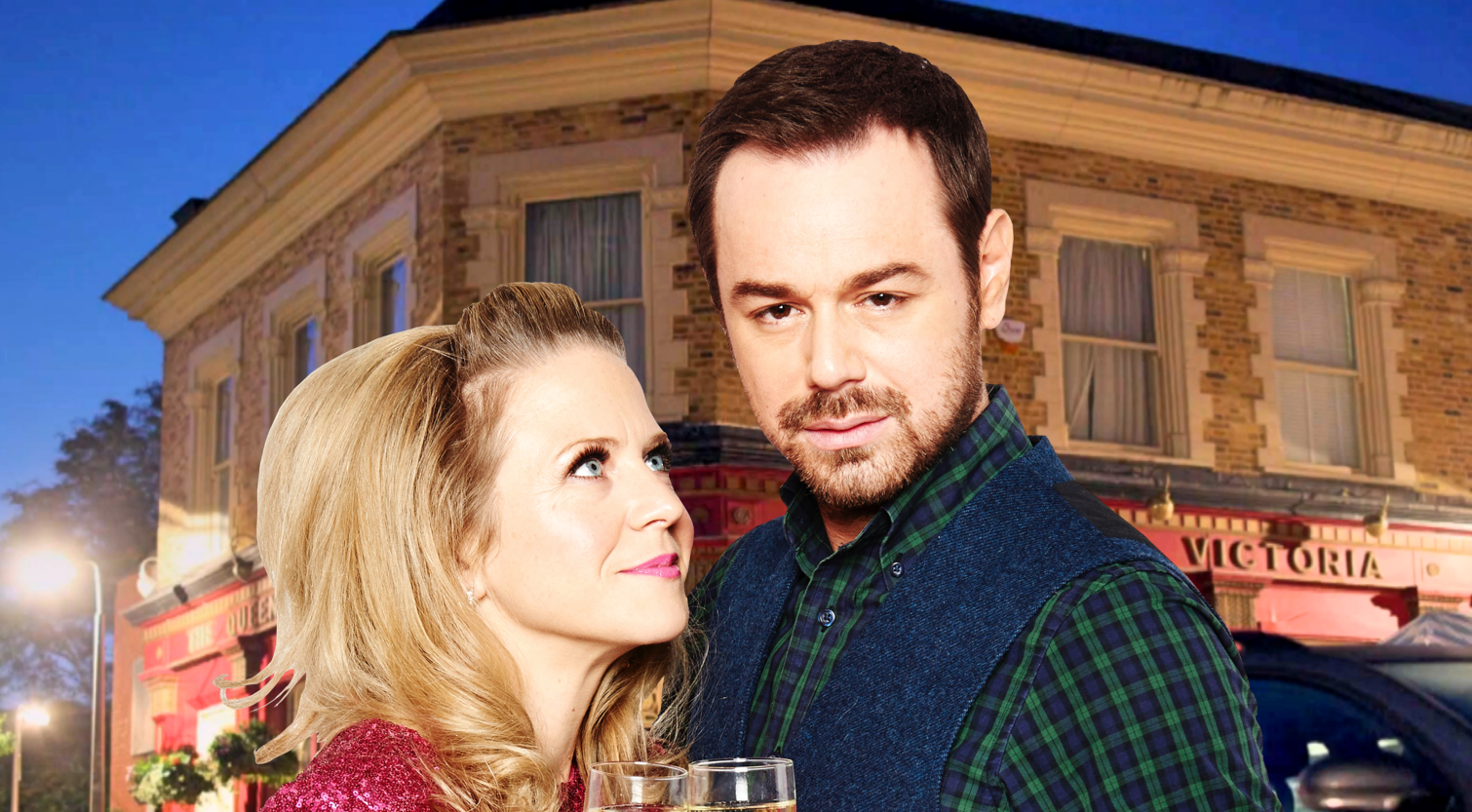 Mick and Linda Carter (Danny Dyer and Kellie Bright) could be set to get back behind the bar of the Queen Vic in EastEnders.

With Linda having discovered the truth about Ian Beale’s (Adam Woodyatt) attack from Sharon (Letitia Dean), she wasted little time in informing Mick.

Mick struggled to process the information, and in the coming episodes, he tells Shirley (Linda Henry) the truth.

He pays particular attention to the fact that it wasn’t just Sharon who was involved, but also Phil Mitchell (Steve McFadden).

Meanwhile, Mick and Linda head to The Vic, and Mick reminisces about his time behind the bar. He tells Linda that — despite the fact leaving was the right call — he still misses it all so much.

Sharon approaches, and Linda decides to take her former best mate aside for a little chat.

In fact, the former Queen Vic landlady has something of a proposition for Sharon, arguing that it’s the least she can do given everything she’s done to the Carter family.

Just what is Linda’s proposition?

Will she reclaim The Queen Vic for Mick, perhaps?

They had the time of their life behind the bar for almost seven years. but Linda’s battle with alcoholism resulted in Mick deciding it would be in his wife’s best interests to sell up and move on to pastures new.

Circumstances have since changed, and knowing that Mick wants to be back behind bar, will Linda attempt to reclaim the pub for her husband?

That remains to be seen, but in the following episode, Sharon tells Phil about Linda’s words, which leave him furious.