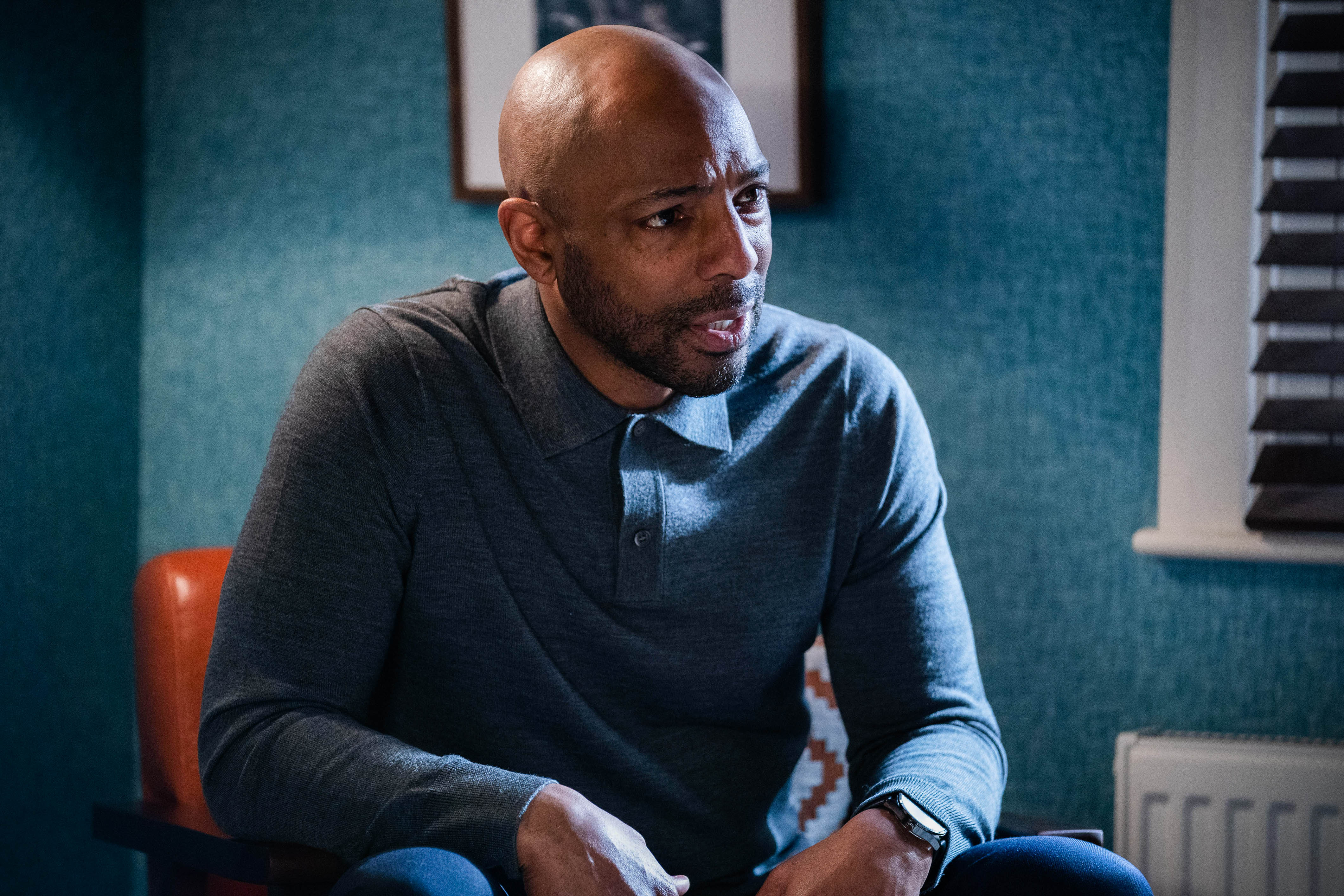 Lucas Johnson (Don Gilet) in EastEnders is struggling to keep his anger and murderous rage under control. Now he’s discovered Chelsea Fox (Zaraah Abrahams) has set him up, Lucas has become a ticking time bomb as viewers wonder how long it’ll be until he ends up hurting or killing someone.

There’s no getting away from Lucas’ evil side as in upcoming episodes, he decides to use his dead son Jordan for a plan in a huge twist.

It was revealed in recent weeks that Lucas’ son Jordan died after overdosing on heroin. Coming up, after Karen (Lorraine Stanley) flirts with Lucas, he asks for her name and she invites him for a drink. Lucas happily obliges and introduces himself as Jordan.

Denise (Diane Parish) follows Lucas and orders him to do as Chelsea says, get the drugs job done and it’ll all be over. As she goes, Lucas makes a call, introducing himself as Jordan once more.

Later, Lucas is at a job interview posing as ‘Jordan’. However, Caleb (Ben Freeman) is his interviewee but can’t be fooled so easily – he knows Lucas is Chelsea’s dad and insults her.

Lucas loses his cool and Caleb explains that he’s not the one that can’t be trusted and he’d better be at ‘work’ on Monday or else.

Will Lucas turn up for the job?

And will Lucas try and use Jordan’s name for any future plans?