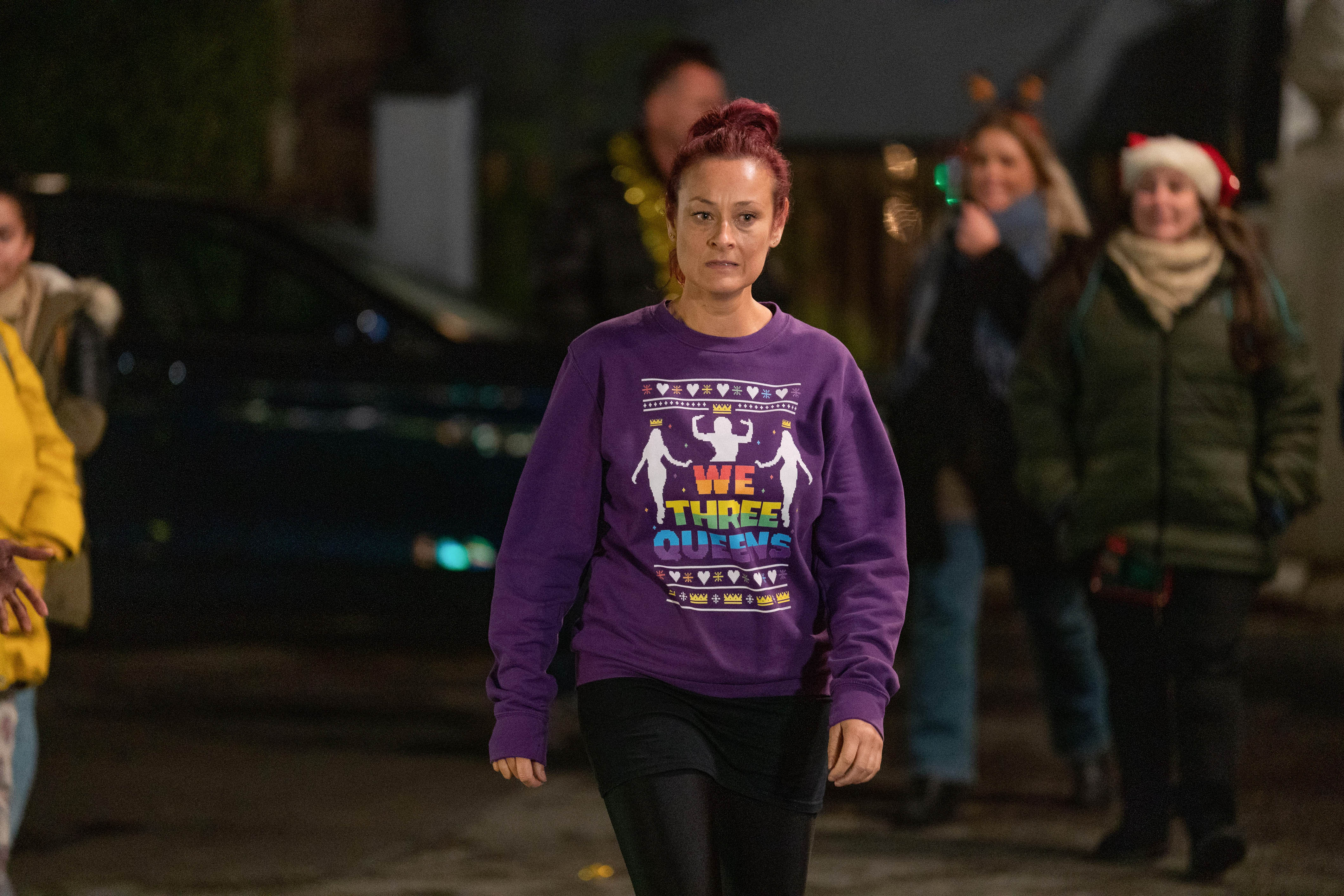 Tina Carter’s (Luisa Bradshaw-White) death at the hands of Gray Atkins (Toby-Alexander Smith) left EastEnders fans in shock, but there is seemingly reason to believe that she might still be alive.

Tina tragically died, as Gray killed her and removed her body from No. 1 Albert Square.

With Tina having been under investigation for the attack on Ian Beale (Adam Woodyatt), she had been planning on doing a runner — something which Gray utilised to his advantage.

Yes, he made it look as if Tina had absconded, and he later texted Shirley (Linda Henry) from Tina’s phone — desperate to cover his tracks.

However, in spite of his attempts to stop them from doing so, the Carter clan haven been trying to track down Tina — and they’re given some hope in the coming episodes.

DCI Arthurs informs Mick (Danny Dyer) and Shirley that someone matching Tina’s description was spotted shoplifting. She gave her name, but then ultimately made a run for it.

Mick is relieved that Tina is okay, but Shirley beats herself up for letting Tina down.

Desperate to track her sister down, Shirley sets off in search of her.