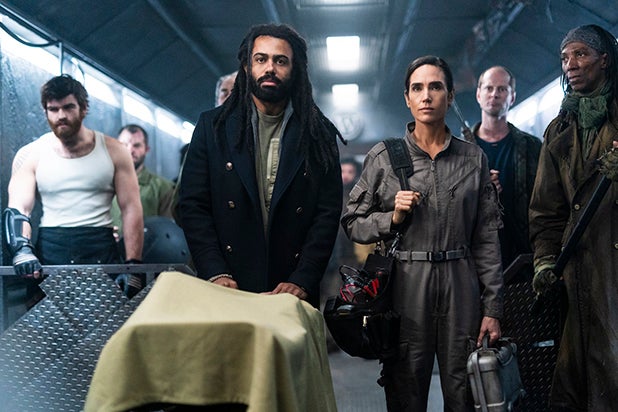 Ahead of its second season premiere, TNT has renewed “Snowpiercer” for a third season.

The series had a very fraught development cycle, which featured more than a few derailments in what was a five-year process to get to the screen. In 2015, TNT put a TV adaptation into development that swapped Diggs and Connelly into the main roles. But there were problems from the outset: The series’ first showrunner, Josh Friedman — who is best known for helming “The Sarah Connor Chronicles” and co-writing “War of the Worlds” — was fired over “creative differences” when TNT greenlit the series in 2018.

Friedman was replaced by “Orphan Black” co-creator Graeme Manson, who started the series from scratch, prompting an angered Friedman to denounce Manson as a “vichy motherf—.” Manson has since described it as a “brand new pilot, rewritten completely.” Once Friedman was replaced, director Scott Derrickson followed him out the door after complaining about Manson’s “radically different vision” compared to the pilot he shot for Friedman. Veteran TV director James Hawes came in for the reshoots.