NBC’s Sunday Night Football led a quiet evening leading into the holiday week. SNF’s game delivered a 3.4 rating in the adults 18-49 demographic while 12.83 million viewers tuned into watch Cleveland Browns stomp out the New York Giants 20-6. Even though the game won the night, it is down from last week’s fast national numbers in both regards and marks an audience low. The numbers are expected to be adjusted in finals.

At CBS, 60 Minutes doubled in the demo from last week to earn a 1.4 rating and 10.24 million viewers, making it the most-watched non-sports program. This was followed by a double helping of Yuletide cheer with Garth and Trisha Live! A Holiday Concert Event (0.5, 5.15M) and the 22nd annual A Home for the Holidays (0.2, 2.65M). These numbers are also subject to adjusting due to NFL overrun.

ABC’s Sunday night was filled with The Sound of Music (0.5, 4.04M). The feature presentation of the classic movie musical was up in the demo compared to last week’s repeat of Disney’s Holiday Sing Along and matched Supermarket Sweep.

Elsewhere, Fox aired repeats of their Sunday animation block while The CW gave an encore presentation of Masters of Illusion: Christmas Magic while a fresh episode of Outpost (0.1, 330,000) was up in the demo. 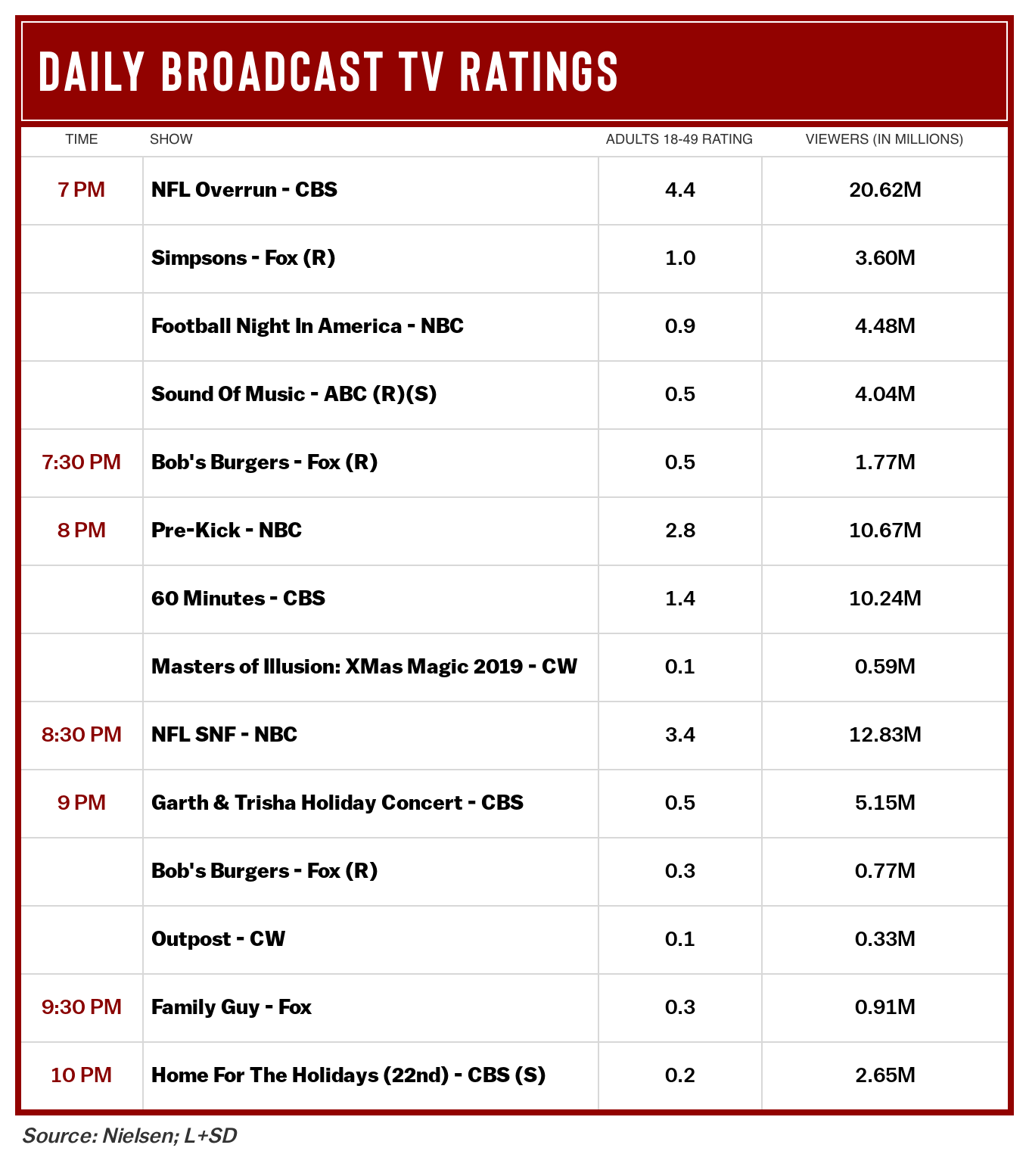