SIR Paul McCartney, 78, showed off his impressive diving skills as he jumps into the ocean while on holiday in St Barts with his wife.

The Beatles star looked like a man half his age as he practised diving into the sea surrounding the beautiful Caribbean island. 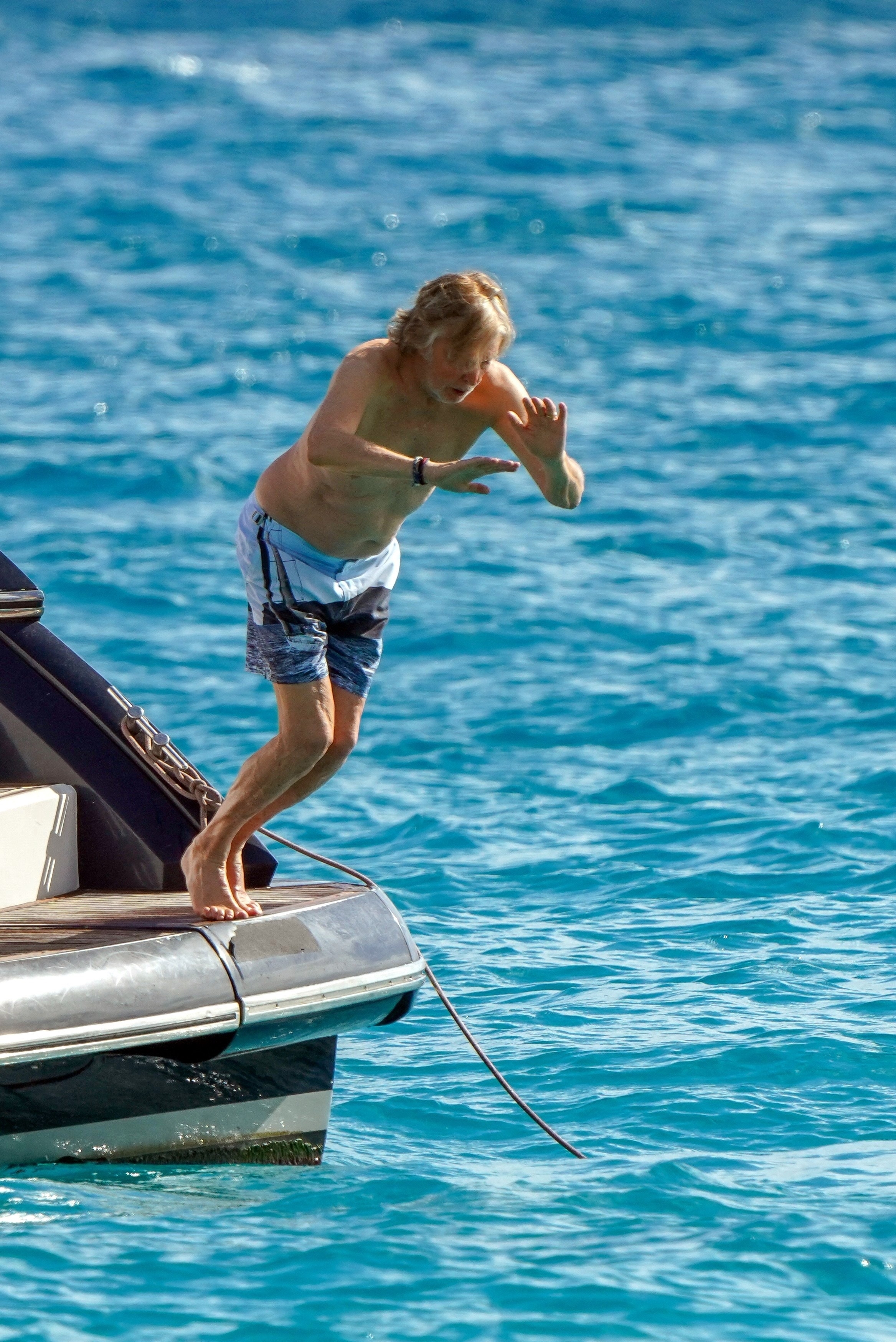 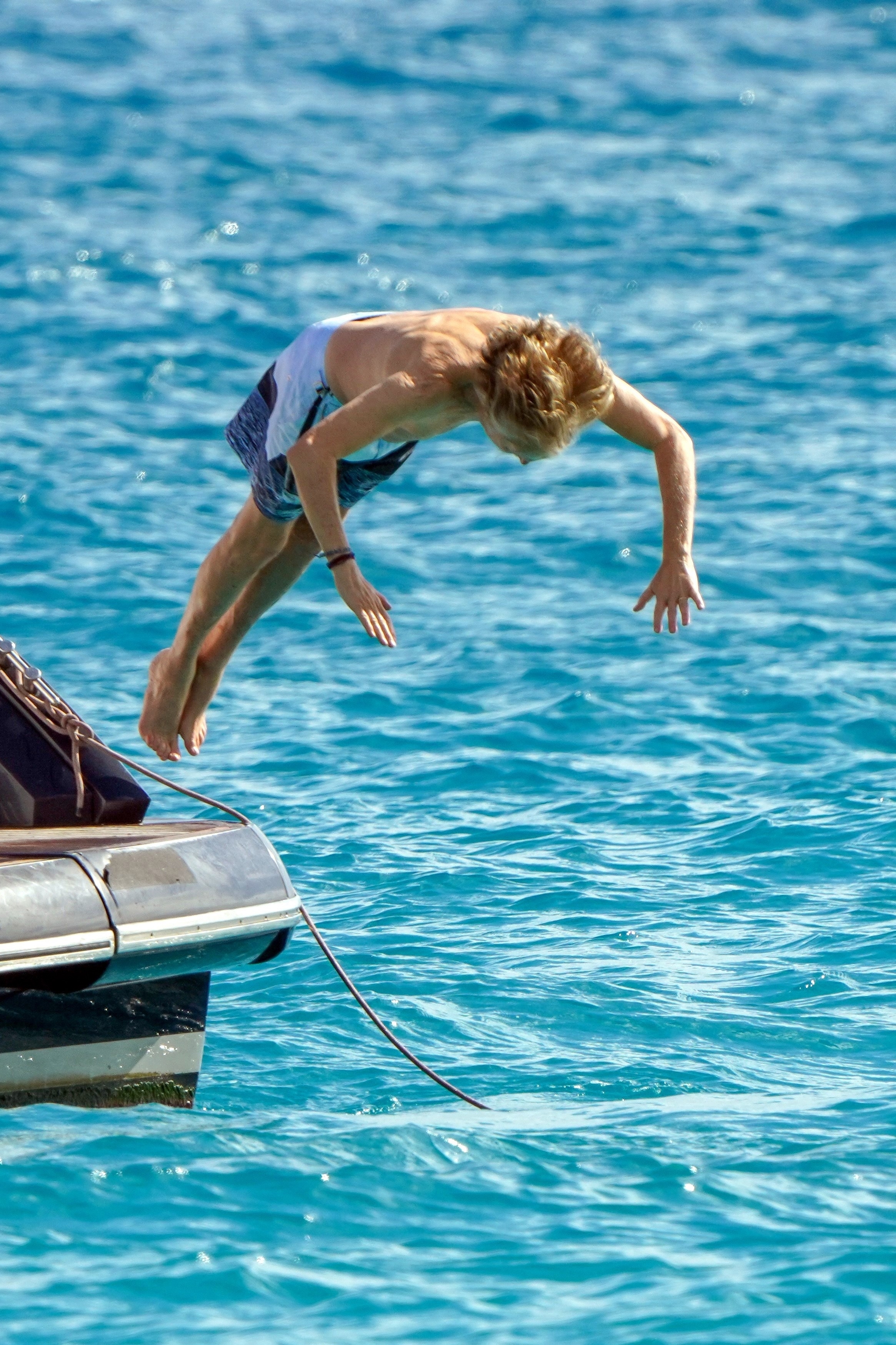 Sir Paul wore a pair of white and blue swimming shorts as he prepared himself.

The star then jumped into the clear blue water expertly, while his wife, Nancy, opted to slip into the water.

She later floated on two purple floats, given to her by the workers on the boat.

As they floated around in the water, the Beatles star donned a pair of black goggles. 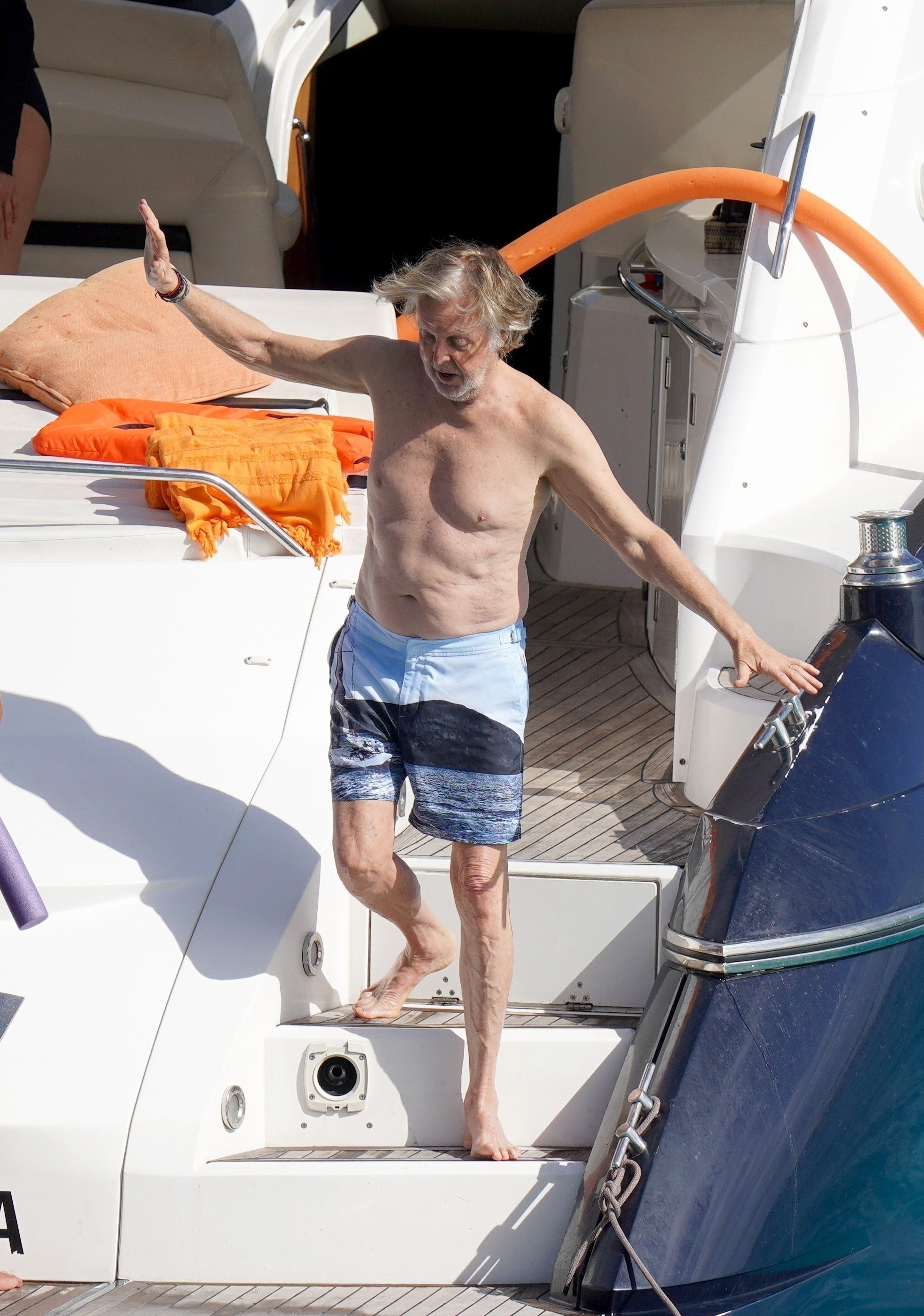 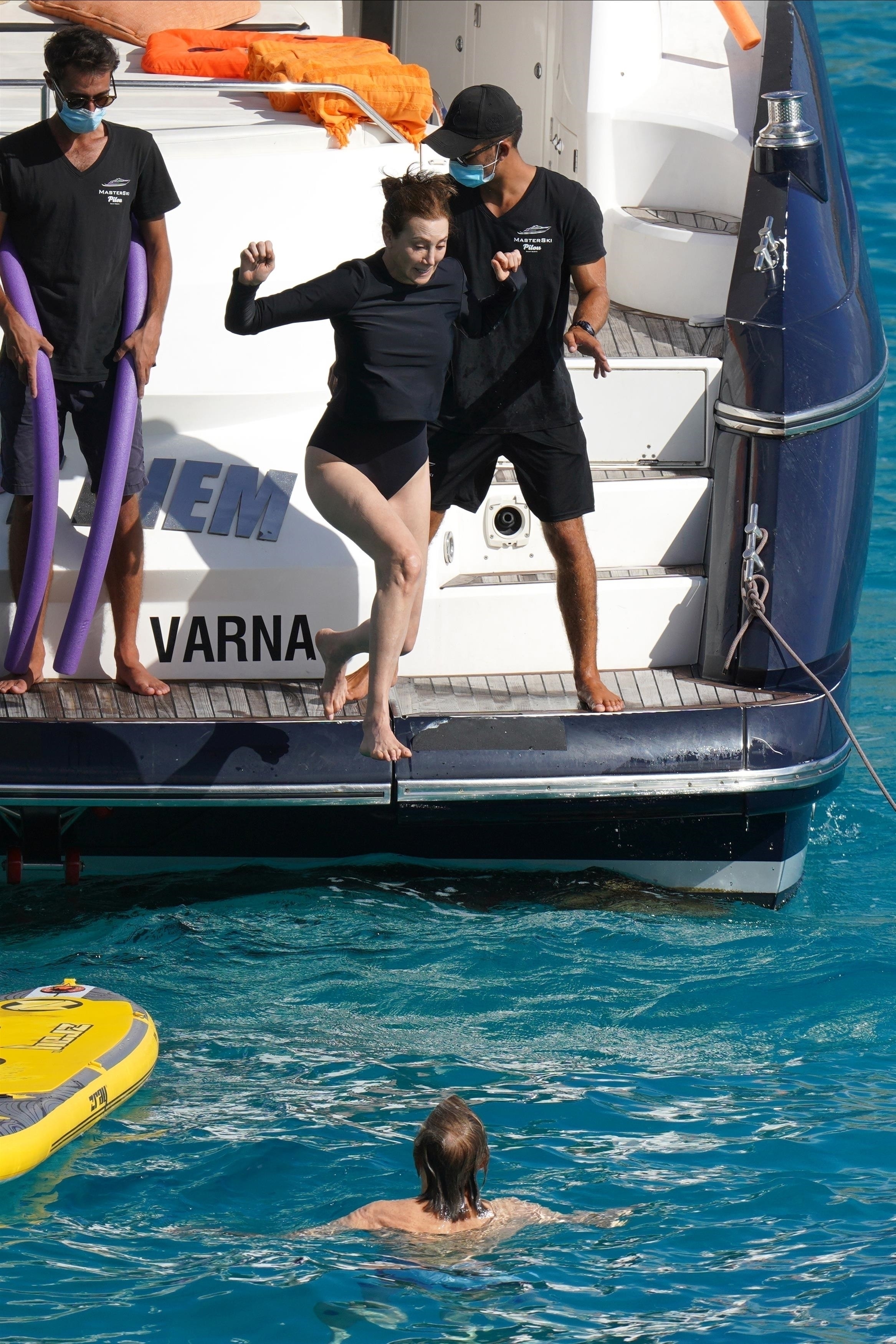 They then looked as happy as ever back on the boat, where they both looked at something on Paul's phone.

The legendary musician was no doubt in a jubilant mood this week as his new album McCartney III hit the top of the US Billboard chart on Monday after being Christmas No1 in the UK.

Earlier this week, the singer said George, who died aged 58 in 2001, has "entered" a giant fir at the entrance to his estate.

Explaining the connection, Sir Paul said: "George was very into horticulture, a really good gardener, so he gave me a tree as a present. It's a big fir tree and it’s by my gate. 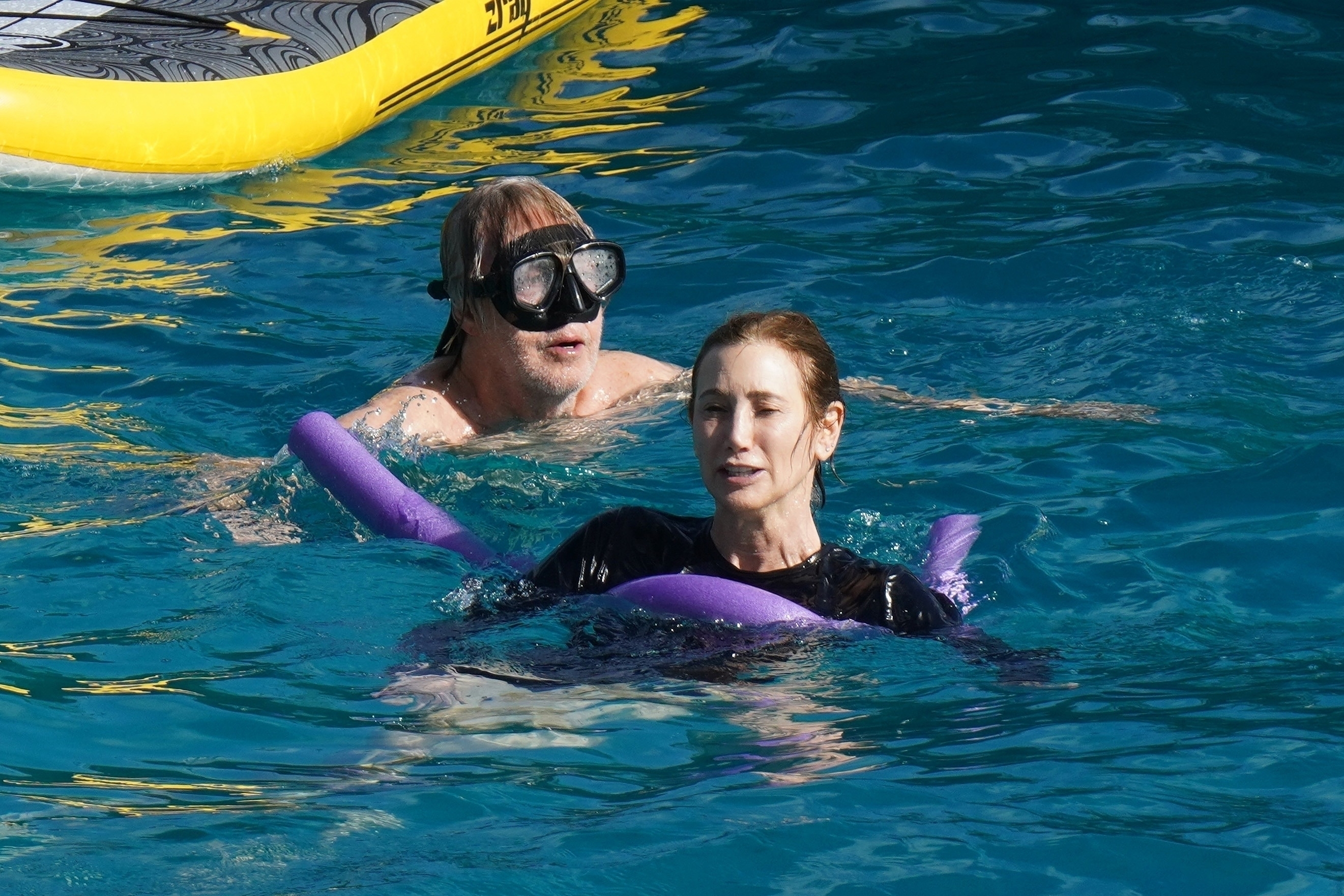 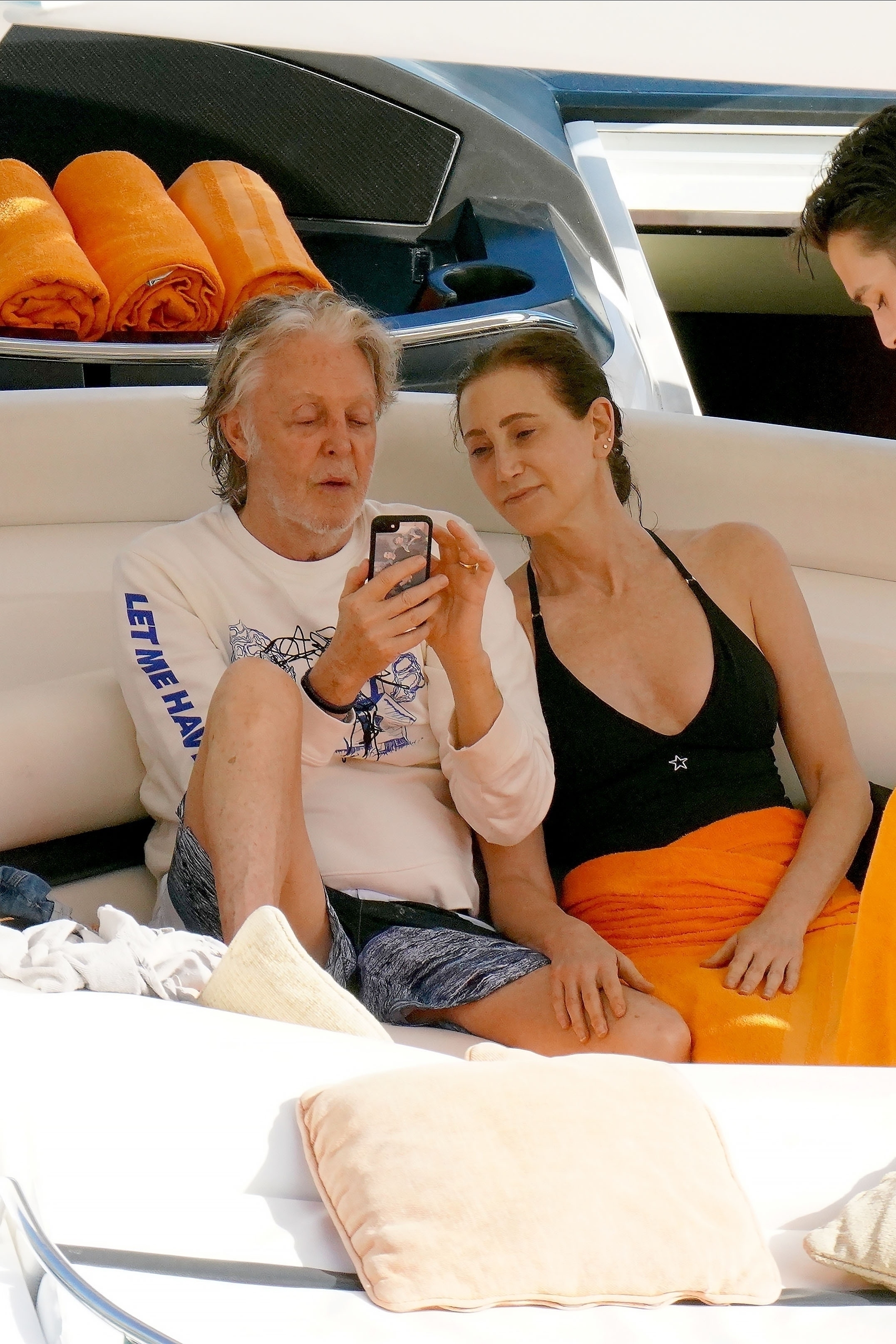 "I get out of the car, close the gate, look up at the tree and say, 'Hi George'. There he is, growing strongly."

Sir Paul said the tree at his Sussex estate acts as a reminder and added: "It's lovely. He gave it to me — I just planted it.

"But then, as the years go by, every time I look at it I go, 'That’s the tree George gave me'.

"George has entered that tree, for me. I hope he’s happy with that."