Sharon Osbourne appeared on HBO’s “Real Time with Bill Maher” Friday, her first TV interview since she departed “The Talk” in late March after a heated exchange related to race on the CBS daytime talk show earlier in the month. Osbourne and Maher shared a conversation rich in personal grievance and hand-wringing about “cancel culture” but little in the way of accountability and soul-searching.

“How are you?” Maher asked Osbourne after she walked out to applause.

The two rehashed the events that led up Osbourne leaving “The Talk.” On the controversial March 10 episode, Osbourne told fellow co-hosts that she felt under siege after defending her friend Piers Morgan’s comments that he “didn’t believe a word” Duchess Meghan said in her bombshell interview with Oprah Winfrey a few days earlier. Morgan quit his co-hosting job with “Good Morning Britain” after his comments sparked viewer complaints and an investigation. 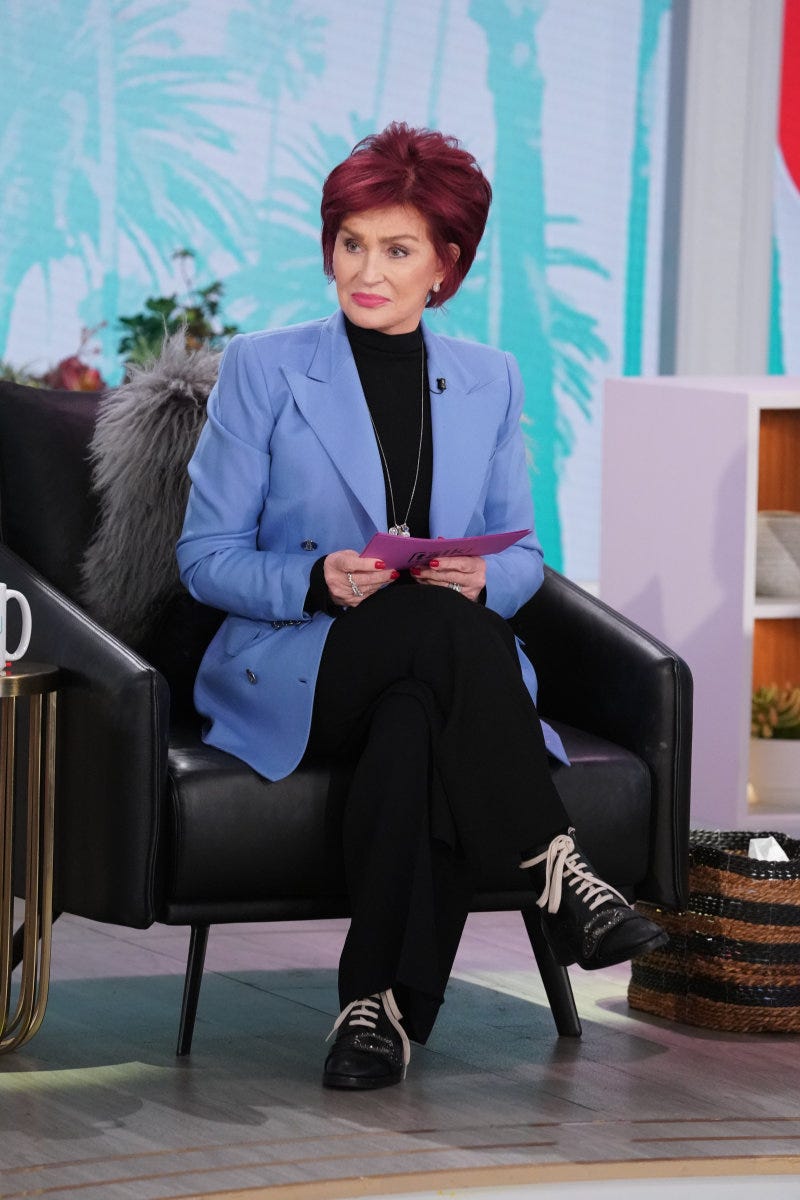 “I feel like I’m about to be put in the electric chair because I have a friend who many people think is a racist and that makes me a racist,” she said on “The Talk.”

“Me too,” Osbourne said. “I’ve been called so many things in my life, I am so used to being called names, but a racist is one I will not take.”

Maher continued, “You have to agree with everything Meghan Markle says or you’re a racist? Is this the standard now?”

Maher went on to call Queen Elizabeth II “an old bag” and Duchess Meghan “girl,” and argued that the royal family wasn’t uniquely harsh on Meghan, but “cold to everyone.”

“Disagreeing with someone does not make you a racist,” Osbourne insisted, then proceeded to chalk up allegations about her past use of racial slurs to “disgruntled ladies.”

Bill Maher is adding Wednesday and Thursday episodes to his usual Friday shows for the weeks of the conventions. (Photo: Janet Van Ham)

Osbourne denied using some racial slurs in the past, but not others. When asked about one incident when she was accused of directing a slur at an Iranian woman, Osbourne explained that the woman was a stranger who had crashed her 25th wedding anniversary party and won a diamond necklace in a raffle. Osbourne, furious and undergoing cancer treatment at the time, confronted the woman. “I don’t know what I said to her, but it wasn’t very nice.”

What Osbourne and Maher pointedly did not discuss is Osbourne’s treatment of her Black co-host, Sheryl Underwood on the March 10 episode. When Underwood asked what Osbourne would say to people who think it’s racist to defend a person making the comments Morgan did, Osbourne said: “How could I be racist about anybody? How could I be racist about anybody or anything in my life? How can I?”

When Underwood tried to respond, Osbourne cut her off before Underwood went to commercial as Osbourne spoke over her. The tone of the conversation did not improve when they returned, with Osbourne telling Underwood not to cry. “If anyone should be crying, it should be me,” she said. 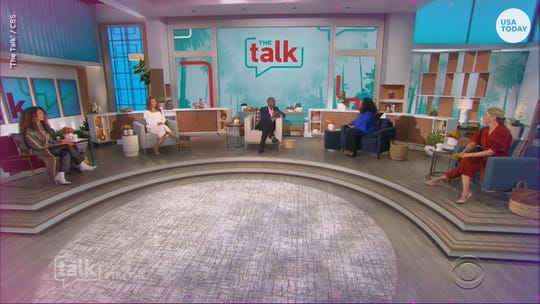 Osbourne apologized the next day on Twitter “to anyone of color that I offended and/or to anyone that feels confused or let down by what I said.”

“The Talk” then went on hiatus while CBS conducted an internal review of the matter. During the hiatus, Osbourne told “Entertainment Tonight” that she had been “set up” and former Osbourne co-hosts Holly Robinson Peete and Leah Remini accused her of racist behavior.

The network announced the departure of Osbourne, the one remaining original co-host, on March 26.

“Sharon Osbourne has decided to leave The Talk,” the network said in a statement to USA TODAY. “The events of the March 10 broadcast were upsetting to everyone involved, including the audience watching at home. As part of our review, we concluded that Sharon’s behavior toward her co-hosts during the March 10 episode did not align with our values for a respectful workplace.”